Solid-state drives (or SSDs in short) have always been the holy grail of small computer modifiers, offering greater performance improvements, but unfortunately, at very high costs, while cutting down the storage. As technology evolved in the past few years, the status of SSDs has passed from unreachable to somewhat-affordable, so today we are going to take a peek over the best solid-state drives available for a good price.

While SSDs are certainly a better option than regular storage drives, the effectiveness of this technology may become very limited when the price drops under a certain threshold. Besides acknowledging the price / quality dependency, one must also take in consideration certain parameters, like the storage space, the maximum reading speed and the real-one, compatibility, reliability and others (read our guide on how to choose an SSD or how to optimize one).

The best SSDs for Premium budgets

First of all, a solid-state drive should only be purchased by someone who needs great performance improvements and has the means of obtaining them. They are not recommended for those who do not perform power-hog tasks on a computer, like ultimate gaming or rapid transfers. Also, SSDs have a limited period of life so this investment may not be as durable as you though, depending on the number of reading/writing cycles carried by the product.

When it comes to solid-state drives, 2012 has been a good year. It was a year in which various manufacturers, both big and small, have released note-worthy creations in the form of powerful products. On the list we could fit names like Samsung, OCZ, Kingston, Atlas, Nova and even Vortex, but here’s what we’ve decided to share: 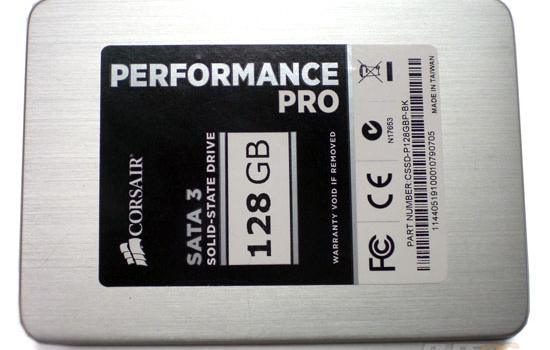 The Corsair Performance Pro with 128GB of storage is one mean SSD, which offers performances comparable with the top edge segment, while packing lower memory options but for a rather spicy price. With this product, Corsair has managed to swing SandForce like performance and to outwit the competition in many chapters.

Those who get pass the high price will enjoy the advantages of good design and general build, offered in high fashion:

Besides all of these, this Corsair Performance Pro model comes with a three-year warranty, S.M.A.R.T support and a total DRAM Cache Memory of 512MB. All of these elements are paired using a Marvell controller, which can be tuned and customized using programming or firmware updates, making this model the perfect choice for someone that has high-end gear already and a nice set of tweaking skills.

Using ATTO Disk Benchmark, this unit has obtained a maximum sequential reading speed of 500MB/s and a 340 MB/s speed while writing, which is fairly comparable with bigger opponents. 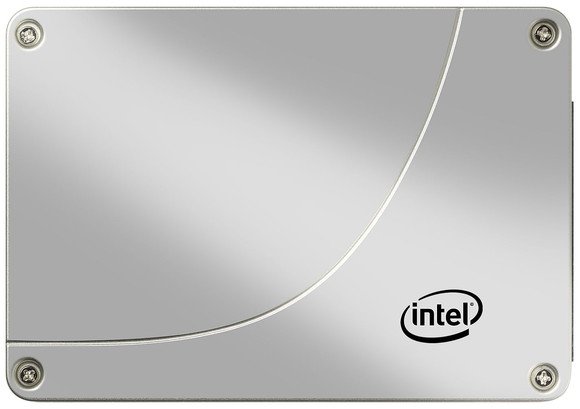 Codenamed Cherryville, this is Intel’s first solid-state drive built with SandForce technology and it has been quite a hyped name of 2012. This is a product where the controller writes less information on the drive, meaning higher durability and more years to be used, when comparing it to NAND tech. Although it comes with a bit higher price than other competitors, OCZ especially, it supplies the performance needed and it has proved to be a reliable choice for home and professional use also.

The Intel SSD 520 with 250 GB of storage comes with the regular SATA 3 interface that’s capable of supplying 6 Gb/s speeds, as long as the machine supports it. The product weights around 2.7 ounces and is a bit thicker than other variants, measuring around 0.4 x 4.1 x 2.8 inches in size.

Reading right from Intel’s official website, this drive can squeeze up to 550 MB/s in sustained sequential reading and up t 520MB/s while writing. It comes with a data compression algorithm, AES 256-bit encryption, end-to-end data protection and advanced power management schemes.

While officials always brag only the best, users have only good things to say about this particular SSD. After taking a look on multiple reviews, we have noticed that the Intel SSD 520 series performs very well in benchmarks, especially in the random write segment and in sequential write. 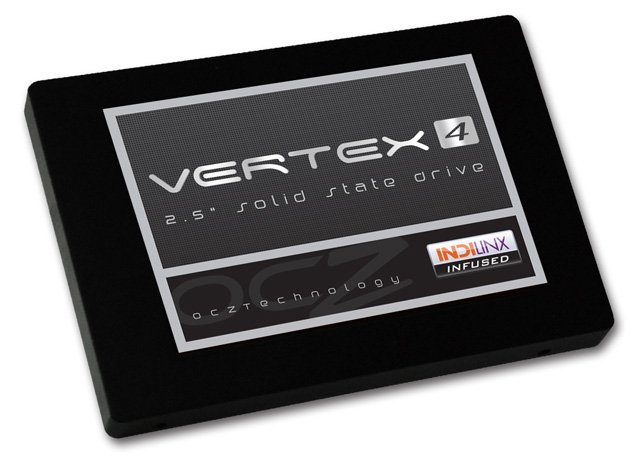 The fourth generation Vertex from OCZ has proved to be the first choice of profession customizers, being a product with performances exceeding Intel’s 520 series and Kingston’s HyperX 3K on the same capacity segment. It delivers fast Windows boots and game loading performance, mainly because of the impeccable write performance.

The OCZ Vertex 4 is one of the first solid-state drives built with using Indilinx Infused technology and TRIM support. It comes with the classic SATA 3 interface, a MLC Flash memory and a high-performance design.
The Vertex 4 has a slim 2.5-inch thick design which can be matched with laptops and a 3.5-inch wide SSD adapter for desktop lovers. Using SandForce technology, OCZ has managed to provide high performance at a reliable pace:

As it was the case with all of our choices today, the price of the OCZ Vertex 4 is the only downside of the product. For the 256GB variant, owners will have to pay around $220 on NewEgg and $190 on Amazon, where the product is discounted from $299. This price includes frequent updates plus a five-year warranty. 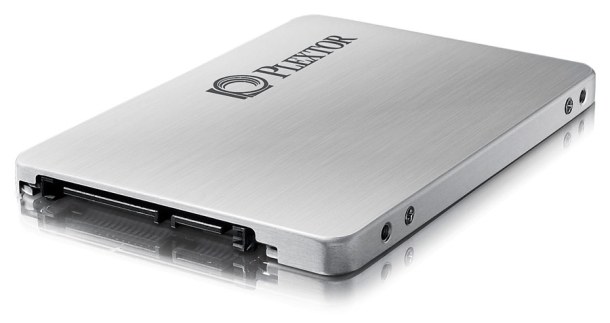 Plextor is not so known for solid-state drives but the M3 Pro with 128 GB of storage has proved to be a performance-addict. Coming as a direct challenge to the Patriot Pyro SE with 120GB, the M3 only lacks two units to be as fast as a BMW.

The Plextor M3 Pro is built using NAND chips and Toshiba’s toggle technology for switching data between the units. It comes with a 256MB of cache, a slim 2.5-inch wide design and the casual 3.5-inch adapter for desktop users. The unit can be installed simply using the data migration and back-up feature and owners can also rest assured of their data security, all thanks to the password protection features embedded in the package:

When it comes to performance, the M3 Pro had an actual writing speed of 350 MB/s and a reading speed of 379 MB/s, higher than any component of its segment when working with larger-sized data. 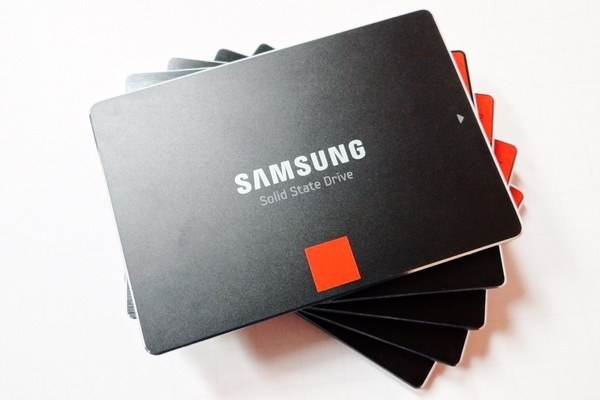 Samsung’s 840 Pro model is the best SSD that we’ve ever seen until this moment. Although the product comes in several storage variants and with different price tags, the 512GB copy offers the best performances of them all. At the moment of launch in October, this was the fastest and the most energy-efficient SSD on the market.

Coming as a direct successor to Samsung’s 830 series, the 840 Pro is one of the fewest SSDs with a SATA 6GB/s-capable interface (the latest generation) available to the wild public. The product is built out of small blocks and it has been designed using the 20nm technology and a lot more of bonus features:

Using all the above, the Samsung 840 PRO SSD with 512GB of storage has a maximum sequential reading speed of 540 MB/s and a writing speed of 520 MB/s. This item also comes with Samsung’s Magician 4.x software and a 5-year limited warranty.

Like we’ve stated in previous occasions, performance can only be measured through benchmarks and testing. The maximum reading / writing mark supplied by manufacturers represents only the peaks of on product, while the real numbers will certainly be lower. From what we’ve encountered until the moment, these numbers are usually 33% lower, and for the products listed above and a small range of competitors we’ve found a helpful chart on Tom’s: 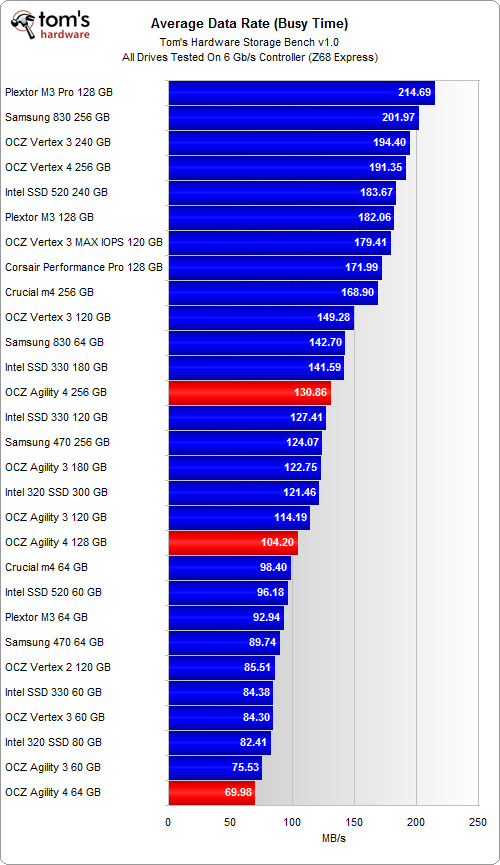 Was this article helpful?
YesNo
TechPP is supported by our audience. We may earn affiliate commissions from buying links on this site.
Read Next
How to Clear “Other” Storage on Mac [Guide]
#memory #solid-state drives #SSD #storage