Technology is making our houses smarter and more secure. A plethora of devices are now a common thing in our homes, and I believe this to be a good thing, but they do have one major disadvantage: remote controls keep piling up. From your TV, home cinema, 3D player, media server and other appliances, the number of needed remote controls is getting bigger and bigger. 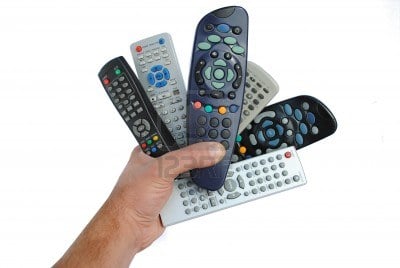 Wouldn’t be a good idea to toss all of those remotes out and have only one that could control all the electronics in your home? If this feels like a good idea, then better start looking for an universal remote that will allow you to do exactly that! We’ll help you to make your decision by giving you some information and a few of the best universal remotes out there.

Before you head out to buy a universal remote, there is some research that has to made. Although not as complex and rigorous as with other devices, it still has to be done. The first step is decide a budget for such a device. There are lots of models and they suit every pocket, so assign a designated budget for your remote and start the search.

The number of devices a universal remote can control differs from model to model. Usually, they are made to cover all the possible devices, but be sure to take a look at the supported devices before you buy it, just be sure. Features and ease of use are very important. Keep in mind that you are dealing with a remote that can control multiple devices, so it will have a lot of buttons.

Look for one that is easy to use and easy to program, it would defy the point if you have more trouble with it, or if a certain feature could not be programmed and you needed another remote. Here’s a quick recap of the tips for buying a new universal remote, check all the items on this list and you are good to go:

Don’t be surprised if you will see this top dominated by Logitech. They have produced, probably the best series of remote controls we’ve ever seen (the harmony series)! But, of course, there are other manufacturers that make very reliable universal remote controls. The choice is up to you and to a certain extent, this top will not work out well for everybody, since it’s based on our own experiences.

9. One for All SmartControl PS3 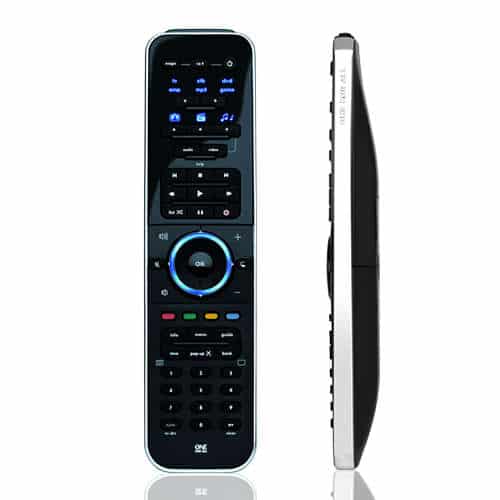 A device that is marketed as a low budget universal remote control, the One for All SmartControl PS3 does not have flashy features, but it does allow you control up to 6 devices, including a PS3 console. The build quality gives it a mid level feel, but it does not have a display, so all the programming must be done with the buttons and without a computer.

This is one of its biggest drawbacks, but once you’ve gotten past the setup, you can easily use it. It’s especially useful for those who not tech savvy and don’t like their devices to be too complex. Also, for getting a feel for what a universal remote can do, and how it operates, it might be good for your first such device. 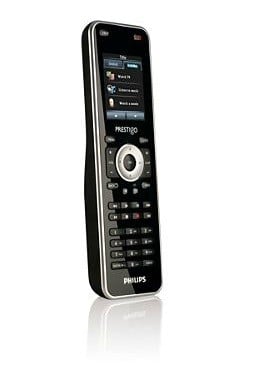 Although not as good as the Logitech series, Philips Prestigo is a decent universal remote that has a very classy look, a display that can be viewed from far wider angles than other remotes, easy to use menu and pretty decent features. The problem with this device is the fact that its display has some issues with the touch capabilities. You have to push a lot more on it to get it to recognize your touch, but once you’ve gotten used to it, the remote control feels natural and very easy to use.

This remote can memorize can control up to 15 devices, which is great for those who want to have only one remote in their entire house, or for those who have a multimedia system that fills an entire room.

This budget Harmony model is perfect for those who have a few devices around the house and want to unify them by using one remote control for all of them. The little brother of the Harmony 700, this remote is almost identical, the only difference is the fact that it controls only 5 devices and it does not have rechargeable batteries. Most of us don’t have too many controllable devices in our media room, so this remote is just the tool we need.

The best part about this remote is the fact that it retains the Harmony aspect, to notch quality and features, but it comes as a budget device, so most people will be able to enjoy the rich features of a premium item and only pay an entry level fee.

If you are not interested in classy designs and you want to spend less money on a universal remote, instead of going for Harmony series device, you could use the URC Digital R50. It offers all the basic features, it has a nice layout and a screen that has very good picture quality. Also, this remote control can be programmed all the way with the integrated wizards, so you don’t need a computer to set it up. It has a database of devices, but it can read the information from your old remote to control new ones.

It offers the possibility to control up to 18 devices and it allows users to set up hundreds of macros. One other feature that caught our eye is the possibility to add favorite programs (over 40) and for some of the best know, it shows them on the display, complete with avatars. 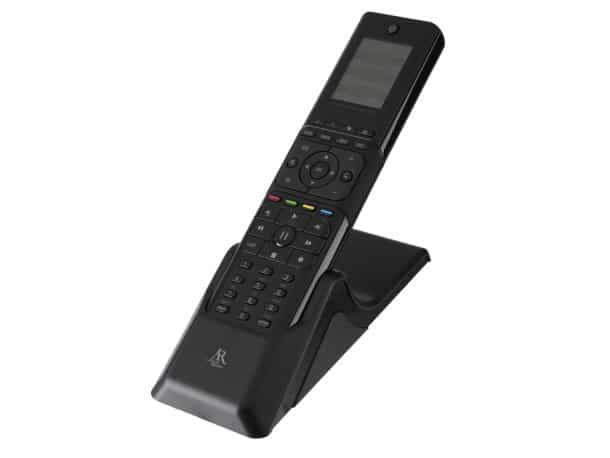 Although the Harmony series from Logitech is the best known brand of universal remotes, and probably the most iconic, there are a few alternatives to those, and they are pretty good. One of them is the Acoustic Research ARRX18G. A universal remote that offers pretty much everything you need, including RF, something that lower level Harmony devices do not have.

The design is not as ergonomic and eye catching as others, but what it lacks in looks, it makes up in functionality. The remote has the possibility to be programmed with a computer, as do most others, but it can also be done from within the remote itself.

An older and cheaper version of the next Harmony devices, the 700 still has some awesome features that can blow competitors out of the water. Having the usual Harmony design, LCD screen, but no touch screen and backlit keys (most of them), the Harmony 700 allows you to control up to 6 devices, including the Xbox console. The remote does not have RF and it works on two AA batteries (provided and rechargeable).

Although the lack of a Li-ion battery pack might seem a drawback, the two rechargeable batteries included with the device can keep it up and running for an entire month. But we think these are minor issues, and for its price, it’s well worth it! 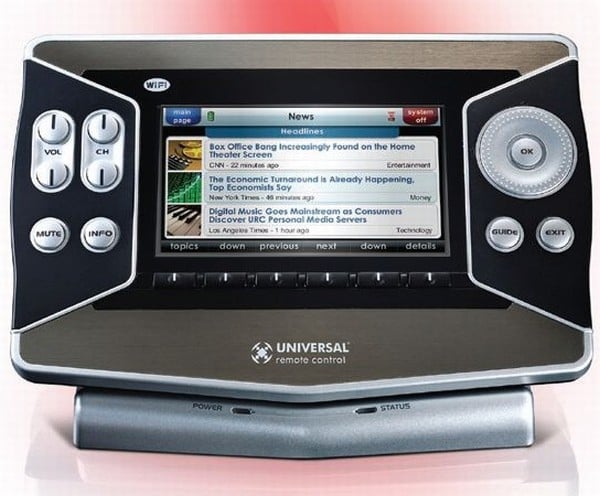 Some people might think that this product is a bit of an overkill. We also think that the product is designed for those who have a Rolls Royce in front of their house, but then again, some enthusiast might want it so bad that he would save up a long time to get it. The URC MX-6000 is a universal remote control that can double as a digital assistant.

It has an unconditional shape for a remote and it scores a big touch screen display for modifying just about anything in your home. Also, if you decide to buy this remote, a technician will come to set it up, so that you can control virtually anything in your house that is controllable (it even connects to your Wi-Fi network).

A smaller brother of the Harmony 900, this universal remote has all the nice features that more expensive models have, with one exception: no RF connectivity. Besides this, the Harmony One Advanced scores the same amazing look and ergonomic design, LCD display with touch sensitive controls and backlit button. All the nice features that we have come be accustomed to with Logitech Harmony devices. Although it’s a bit pricier than other universal remotes, it is however pretty affordable, and we think that it more than makes up for the money.

If you are looking for the perfect blend between design and functionality, look no further than the Logitech Harmony 900. A truly marvelous device that gives its users the very best features and an ergonomic design. It features a fully programmable keyboard (via the computer interface), LCD touchscreen that is touch sensitive and PS3 control (for controlling a PS3, you need to buy a separate dongle). But all this comes at a price, and for some it might be a bit more than what they want to spend on a remote control, universal or not.

Removing the clutter caused by all your old remote controls will be very easy now, having these awesome universal remotes. Also, because the winter holidays are fast approaching, you might make a friend in need happy and get him one of these remotes as a gift, I’m sure he’ll love it!

Why do tech reviews take so much time?
Read Next