This is part of our CES 2013 coverage. We will provide you with the most informative stories. Follow our up-to-date reports from the event.

CES 2013 has just ended for Huawei and as we have expected, the Chinese manufacturer has officially introduced two very powerful smartphones, widely known as the Huawei Ascend D2 and the Huawei Mate. Although they are without question impressive pieces of technology, we must admit before all, that Huawei is still a baby in the industry, but one that grows beautifully.

Until the moment, Huawei has been majorly knew as an underdog competitor, which aims to introduce low-budget smartphones that sometimes manage to bite one percent or two from the seasoned competition, such as Samsung and Apple. Well, this season, Huawei will not settle just with meat juice and aims to steal the entire loaf by going big. 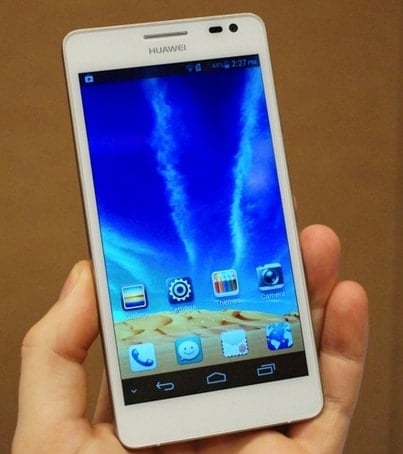 I must admit that although Huawei called this phone the “most Powerful smartphone” during the official presentation, they are not far from the truth, even though it was meant for Huawei’s phones only.

A former underdog, like Huawei, has managed to surprise the audience by introducing a performance freak with an extra-large display, sublime resolution and exquisite power consumption rates. In matters of specifications, I find it hard to think of a proper rival, at least not before Samsung shows its gear.

Things do not end here, as the Huawei Ascend D2 can render content using a beautiful 1,080 x 1,920 pixel resolution, translating in a whopping 443 PPI pixel density (note that the Galaxy S3 has 306 PPI and the iPhone 5 only 326). Considering the fact that this can be safely described as a large sized gadget, movies, high-quality games and other valuable content should process wonderfully.

When it comes to other details such as the camera, we’ve learned that the 13-megapixel sensor comes with features such as a 5P lens and a hybrid IR filter, to help lighten those darker sets. The smartphone also comes with an advanced audio function, which lets people use the speaker from two meters away.

Thanks to a new power consumption technology developed by Huawei, the Ascend D2 is said to charge 25% faster than the Samsung Galaxy S3, even though it has a bigger battery than the pebble – enough to last 48 hours. Another trick that the Ascend D2 can perform is to withstand against damaging factors, such as dust, water and even medium shocks.

The cellphone is fully-water proof and Huawei’s spokesman even dropped the gadget intentionally to impress the crowd. When asked about the price, Huawei said it will depend on carriers but we really hope it won’t go over the traditional $500-600 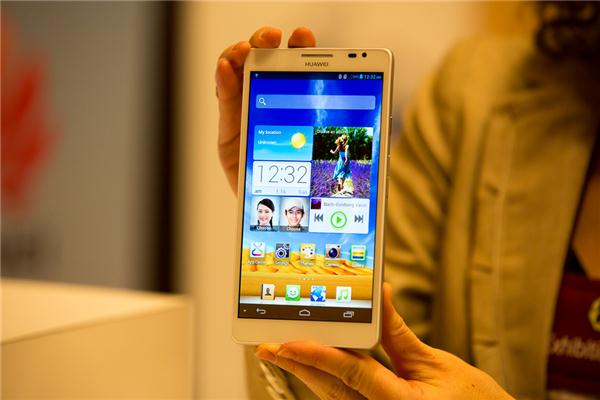 Huawei has outdone itself with the phone presented above, but surprises do not stop here, as the Huawei Mate is one hell of a phablet. Measuring no less than 6.1-inches in diagonal, this beast of a phone packs serious power underneath a stylish body and a display which impresses in both size and quality. Looking back, Nokia’s Lumia 920 seems like a tiny one…

Phablets from various manufacturers can now be considered tiny phones as the Huawei Mate smashes the competition by missing almost an inch before reaching tablets land. But before we go into detail, here’s what’s under the hood:

Although the complete configuration has yet to be revealed, it’s easy to note that a processor of such speeds has yet to be encountered in the mobile world, at least in a stock version. How well it will fare against seasoned competitors from nVidia remains to be seen, but we have a hunch it will do more than suffice.

When taking a look onto the size and quality of the display, we cannot pass the fact that his monster can render content at a 361 PPI pixel density, beating the iPhone 5 once again. The same happens for the battery capacity as well, the Mate surpassing Samsung’s Galaxy Note with approximately 950 mAh extra, which should give enough juice for the extra layout.

Speaking of layouts, developers claim that 73% of the handset’s surface is the actual display, allowing users to fully take advantage of this size appropriately. Moreover, the display is built using a Magic Touch technology, which senses touch even through letter gloves. Software wise, the Ascend Mate conceals a hand-full of embedded applications and a brief collection of magic tricks:

As above, pricing details have been undisclosed. At last year’s Mobile World Congress in Barcelona, Huawei had probably the most “evident” presence at the event, promoting its products very agressively. Let’s see if they’ll continue with this trend, but it’s already obvious that the Chinese company is pretty agressively challenging bigger players.

Was this article helpful?
YesNo
TechPP is supported by our audience. We may earn affiliate commissions from buying links on this site.
Read Next
Huawei FreeBuds 4i Review: A Well-Rounded ANC Performer for Its Price
#ces 2013 #Huawei #huawei ascend d2 #huawei ascend mate