What to do With Old Electronics
Skip to content

Once on the verge of the newest technology wave, electronics are bound to become old, and useless. To avoid being cornered by several “smartphones”, old TV sets and even desktop computers in full-state, you must renounce some of these gadgets, especially when thinking of getting something new. But, as you may hint, throwing a dusted gadget away is not the best solution, neither for the environment, nor for your pocket.

Considering the fact that used electronic device contains a lot of earth-threatening materials, such as lead, chromium, cadmium and mercury, these elements will pollute the environment and make the world a messier place. Another thing to consider is the price of these equipments, which although they seem to value next to nothing, you might get a buck or two out of them. So, why throw something useful away, when you can find a greater purpose to it?

What to do with Older Gadgets 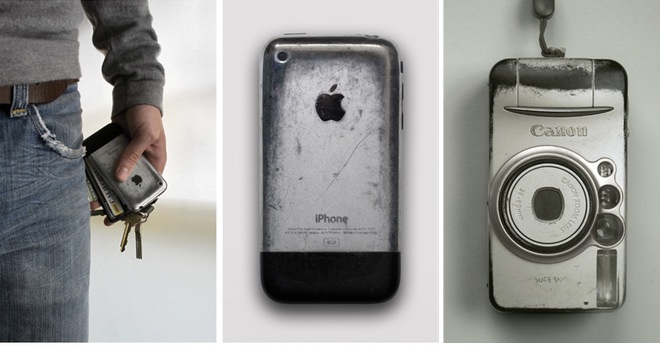 There are many variants when it comes to discarding old equipment, but today we are going to talk about donating the gear, selling for the best price you can, trade it in for a new gadget, recycle the bugger or, even upgrade if possible.

Where to sell old devices 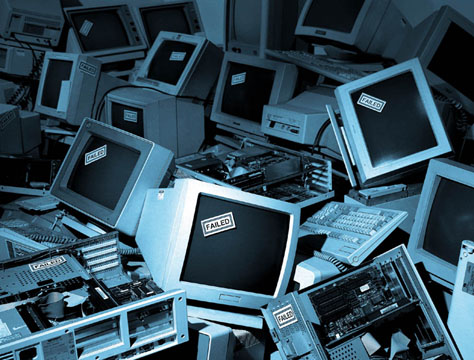 For me personally, selling is the best idea for a dusty device, and I frequently use this tactic to get rid of unworthy gadgets. There are several places where you can do it, and amongst the most notable, you can find eBay, Craiglist and Amazon, in that order. I often do my bidding on eBay, usually post it on Craiglist and seldom use A to Z.

Before you start thinking about selling, you must asses the state, and current desire of the device. Although older gadgets like the first iPad or older smartphones may find an owner or two, if their age has passed the five-year line you can skip to the methods below.

Unless they are items wanted for collection, like a first generation iPhone, a Palm Pre or other stuff like that.

Depending on the initial value of the electronic, and its current condition, selling prices may sell for a nice sum. Do not expect to get pretty much though, because the value in this niche drops rapidly. Another advice before selling would be to ask for a reasonable sum and if you have no clue where to start, check ongoing actions first or websites like Priceonomics.com.

Moreover, you can try local pawn shops too, where people vouch for loans with equipment and abandon them for money. A second alternative would be to opt for online shops specialized in acquiring old stuff, like the ones listed below:

Some retailers accept older smartphones of the same origin in exchange for a voucher, to be used on the next purchase. I remember RIM doing something similar last year, where everyone interesting into newer models would receive a $50 gift card if they would drop a pre-owned BlackBerry phone. Unfortunately, you were explicitly required to show up with a BlackBerry.

The habit may also be encountered in carriers worldwide, where the best example that I think about right now is Vodafone. Last season, they had an offer where you’ve received $10 for any working phone, no matter how old and in what state, and you could have gathered up to three, before signing a new contract.

The trend also extends to bigger devices like TV sets and tablets, especially when it comes to Apple. The Cupertino-based company has a trade-in program which offers owners store credit, in exchange of legacy devices. Moreover, Amazon likes to return Kindle tablets back to their rightful place, so you’ve got a shot there too. Other retailers like Best Buy, Game Stop, Target and Radio Shack are member of this club.

Upgrade and make it better

Some products don’t necessarily have to be discarded and may kick a couple of years more if you upgrade them. Computers, for example, are the best products for this category.

Usually, an older computer is replaced when it becomes too slow for current applications or for the owner needs. Although there are some methods which can be used to speed it up, you can consider upgrading the mainboard with a couple more RAM boards, a faster processor, a better graphic card or even a solid-state drive.

The first thing you need to do is to assess your needs, think about what you are going to require from a machine like that and start planning your upgrade. Those wishing to boost their PC just a touch can add a RAM board up to their maximum limit. This limit is usually defined by the mainboard itself, and the number of slots it has. When purchasing RAMs, you will have to pay attention to the working frequency and your Windows version, as some variants will not detect the extra boost. For more on the upgrading matter, say hello to our little guide.

It may seem awkward but in some cases, selling a device for its pieces, to separate buyers, will get you more cash than selling for full. For example, my old Nokia 5000 can be sold today for around $25, which is not so much. But, if I would have the time to split it and sell the bugger for its components, I would get a lot more. For example, only the display can be sold for around $15, I could probably get around $7 for the charger, $3 for the headset and so on. Investing time will bring money back.

Another theory targets computers, and the lack of some legacy components, in special. For example, targeting the same RAM category we’ve spoken above, some people still use machines with DDR1, a type of RAM which is no longer produced in good numbers and which became very expensive, over the years. So, for someone wishing to upgrade an older computer with that type of RAM memory, the costs of the move will be somewhat high so, they will scout the 2nd-hand market for options. Opportunities like that will bring you money.

Donate to the needy

A $25 old cellphone may not mean much for you, but it may make a difference for someone that does not have a phone yet. There are various services that can help you donate an old gadget, be it a classic TV, a legacy phone or otherwise. Here are the best that we could find:

Last, and certainly least, you should think about recycling. There are several dangerous elements for the environment, which can do a lot of harm when discarded improperly. There are several hazardous elements which once released in the wild, may do a lot of bad things. For instance, batteries and TV monitors are the worst. Recycling may be done, properly, with the help of the following services:

how to guide
How to Transfer Windows 10 License to a New Computer
Sponsored
Surfshark VPN: Ride the VPN wave like a boss
FAQ
OnePlus Concept One FAQ: All You Need to Know!
review
Lenovo Carme Review: Just Another Fitness Tracker with a Bigger Display
how to guide
How to Make Sure Deep Fusion is Working on Your iPhone
samsung
Sherlocked! What does the Samsung Unpacked 2020 Teaser mean?
Secured By miniOrange