A little while ago we’ve talked about the best RPGs (Role Playing Game) for Android users and now we are taking a look at some excellent RPGs for iOS devices, mainly the iPhone and the iPad. The App Store has hundreds of great RPGs and this list might not be to everyone’s liking, but this is how it goes with games: each player enjoys a certain aspect of the game.

While for some the thrill is only in killing NPCs (non player character) or doing PVPs (player-versus-player), others are more interested in the story of the game or how it looks. iPhone/iPad RPGs offer a freedom that other games do not, and that is to explore a world and take part in an epic journey where the hero evolves as he completes quests. 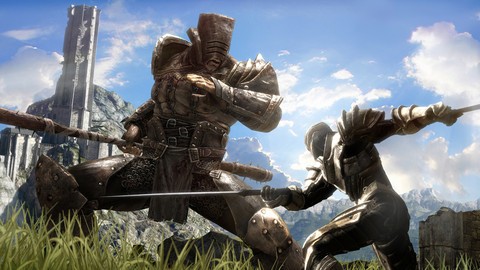 And because RPGs come in different sizes and flavors  ranging from magic worlds to zombie infested streets, each of them having different features and different gameplays, it is impossible to create a list of such games that would please everyone.

In creating this list we’ve taken into account user ratings, game features and quality (gameplay and graphics). Also, feel free to let us know if there are other RPGs that should be on this list by leaving a comment.

The Walking Dead has quickly become a very successful TV show, and it’s no surprise to see the mobile version taking a lot of attention. Fans of the show will definitely want to play this 5 episode survival RPG and try to take on the hordes of zombies crawling every street.

Although the game doesn’t score too many points on graphics (but don’t dismiss it so easily, it still looks quite good), Chaos Rings II offers users an immersive story, filled with awesome quests, hidden areas and alternate endings. These are the main ingredients of any good RPG.

Both Dungeon Hunter games have thousands of fans all over the world, and at the risk of sounding like a cliche, they should. The developers have really done an excellent job creating these games and their hard work can be seen in the top notch quality and stunning graphics that they have.

The graphics that Ravensword: Shadowlands has is simply mind boggling. This iOS RPG combines all the awesome features that RPGs usually have with first person combat (also, there the option of third person view). I would go so far as to call it the Skyrim for iOS devices, and its huge free world and multitude of items, quests and NPCs are some of its major highlights.

It’s hard to create any kind of RPG list without at least one of the Final Fantasy games to appear in it. The legendary series has numerous fans scattered in every corner of the world and the mobile versions are almost as popular as the console and PC titles. Final Fantasy is a legendary title worthy of the time of any gamer.

One of the most acclaimed iOS RPG to hit the market recently, Bastion offers users a cool looking environment (keep in mind that it is hand painted), quality soundtracks and a very attractive gameplay. Although its unusual graphics will make some users think twice about trying it, take it from us that it deserves a shot.

Having one of the biggest virtual world we’ve seen in a mobile RPG, Aralon: Sword and Shadow HD has much to offer to its players. The design of the game is pretty decent, although not as good as others, but still, very eye pleasing. The numerous quests, gorgeous lighting effects and its many other features make it an awesome iOS RPG to play.

And what iOS RPG list is complete without a multiplayer game? Heroes of Order & Chaos – Multiplayer Online Game is a perfect of example of how mobile gaming should be. The first MOBA (Multiplayer Online Battle Arena) game to hit the App Store is still ranking pretty high in the user’s eyes.

Last but not least, one of the most loved RPGs on the App Store, downloaded by tens of thousands of users and ranked at the very top of pretty much every gaming website: Infinity Blade II. This game needs no introduction and no explanation, players know how good it is and those who haven’t tried it, should give it a go right away.

As we’ve said, the games featured in this list might not be to the liking of everyone, and for users who didn’t find a game that they think it’s worth playing, we recommend taking a look at dedicated gaming websites where they can find many more titles. To get you started, here are a few very good choices: 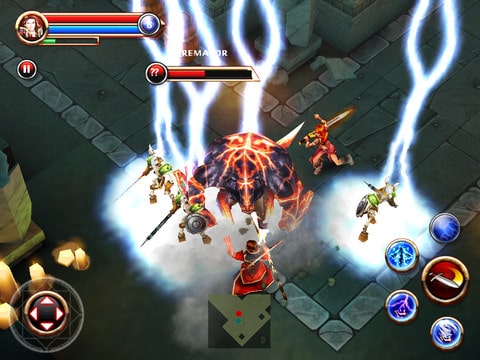 These websites offer detailed information on each game and users can search through their collections and view screenshots and in-game videos.

Was this article helpful?
YesNo
TechPP is supported by our audience. We may earn affiliate commissions from buying links on this site.
Read Next
How to Remove the Background from a Photo on iPhone [iOS 16]
#iphone #iPhone Games