More and more phone makers are turning their focus by releasing cheaper smartphones that come with appealing features. At the Mobile World Congress 2013 Nokia didn’t announce a Windows 8 tablet (at least, not yet), but instead, the Finnish company released 4 new phones: the Lumia 720, Lumia 520, Nokia 301 and Nokia 105 . All of them come at attractive prices, so getting enough sales shouldn’t be a problem for them. What Nokia is doing right is somewhat similar to Sony’s Xperia brand.

Nokia is hoping to get back in the leading cellphone maker race by targeting what it always managed to be good at – low priced phones. Nokia hopes to outrun Samsung but truth be told – this will be really tough, provided that Android’s far more popular than Windows Phone is. But the price is appealing for the Lumia line and the quality is satisfying, so the single question is – will consumers be lured in? 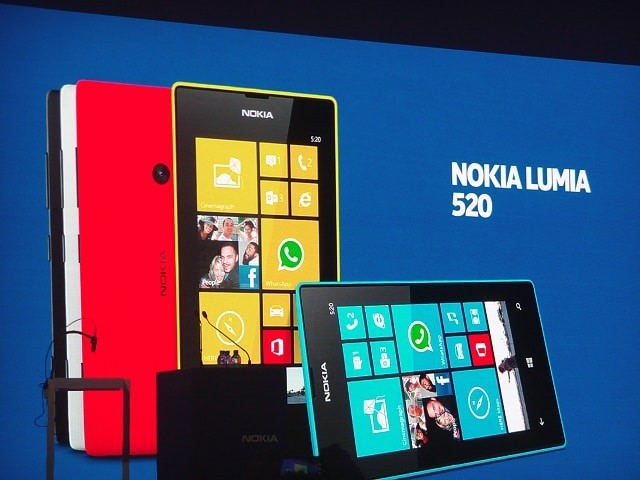 The Lumia 520 will retail for 139 euros (around 180 dollars), being almost twice the price of its bigger sibling, the Lumia 720. Thus, Nokia Lumia 520 becomes company’s cheapest Windows Phone yet. The 520 model is a moderate improvement over the 510 one. One the software part, it’s replacing Windows Phone 7 with the latest one – Windows Phone 8. Even if this is a low end device, it does come with microSD support, which is actually a great plus. Also, even if the Lumia 520 might seem like a device aimed at emerging markets, such as Africa, Eastern Europe, Latin America or some parts of Asia, it will retail in the United States, as well, under T-Mobile’s umbrella.

But there are actually appealing features to be found in the 520. One of them is the digital camera lenses, which is the same as in the flagship Nokia Lumia 920. It will also come with Nokia Music and the HERE location suite. Another big selling point might be the size of the screen – Lumia 520 has a 4-inch super sensitive touchscreen that is able to please many at this price. What many consumers liked about the Lumia line was the high diversity in colors – yellow, red, cyan, white and black.

The initial roll-out is will begin in Q1 2013 with Hong Kong and Vietnam. In Q2 it will expand to markets in Europe, Asia (China and India included), Latin America and Africa; later one it will start the retail offering in US. Let’s have a look at what other specifications and features the Lumia comes with: 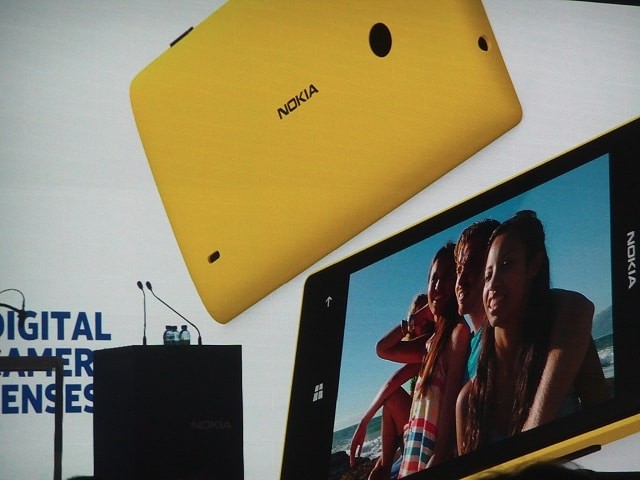 The Lumia 720 is Nokia’s proposition for the middle range market – being priced at 249 euros at launch, it does come with trademark futures that could just make the difference. You might not have enough money to buy the flagship one and you really don’t want a low-end phone, so the answer to your need is the Lumia 720. At least that’s what Nokia hopes to achieve.

Slightly bigger than the 520, at 4.3 inch, Lumia 720 comes with an 1.0 dual core Ghz Snapdragon, 512 of RAM and 8 Giga Bytes of mass memory: all the same like the 520. Nokia says that the Lumia 720 has the best camera amongst all middle range smartphones, which is a 6.7-megapixel one with a f/1.9 aperture. It’s not PureView, but still, it is improved. The Lumia 720 comes with the same color range and personalization freaks couldn’t be much happier!

Just like the Lumia 520 has “borrowed” some features from its more expensive siblings, so di the Lumia 720. On the Lumia 920 we found enhanced sunlight readability and super sensitive touch, they are now on the Lumia 720 as well. Glam Me is a new app that lets you play with pictures taken with the front-facing camera and Place Tag adds location, date and time to your pictures that you took with the bigger, the rear camera.

Let’s have a look at the detailed description of the Lumia 720:

Was this article helpful?
YesNo
TechPP is supported by our audience. We may earn affiliate commissions from buying links on this site.
Read Next
Nokia Power Earbuds Lite Review: Connecting through Clear Audio against Tough...
#mwc 2013 #nokia