Google has one-upped its users once again. Those users who rely and trust Google a hell lot. Google Reader is dead. Definitely not amongst the most beautiful web services, Google Reader still has (or had) a decent user-base who relied on RSS feeds for their daily consumption of news. Regarded by many as the Best RSS Feed reader, not just because it was free, but for the ease of use, Google Reader was a power tool for many power users.

Ironically, Google is blaming the shutdown of Reader on low usage and focus on fewer products, and is suggesting that people should instead use Google Currents & Google Plus. Well, that’s simply not the best alternative for Google Reader. Let’s take a look. 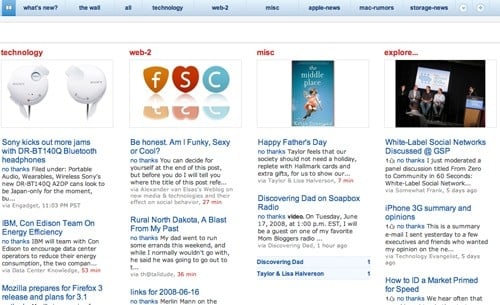 By far the most popular RSS feed reader (other than Google Reader), Feedly has been around for a long time, and one of the few services which has a decent way to import and move your feeds from Google Reader. One of the most marketed features of Feedly has been ‘sync with Google Reader’. Now that is going to be rendered useless soon, it should instead market its ease of use and availability on web as well as mobile platforms. It’s available for Web, Android & iOS platforms.

It comes bundled with some useful features like ‘save for later’, social media integration, easy search and subscribe, and more. What’s more? Feedly has just announced that they are working on a project called Normandy, which is a feedly clone of the Google Reader API – running on Google App Engine.

“When Google Reader shuts down, feedly will seamlessly transition to the Normandy back end. So if you are a Google Reader user and using feedly, you are covered: the transition will be seamless.” 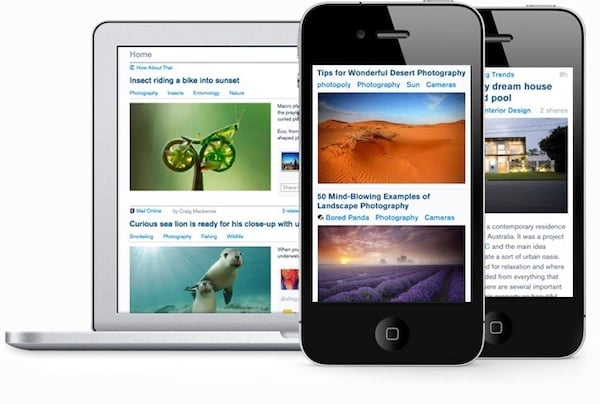 Much lesser known but a very reliable Google Reader alternative is Prismatic. Based on content curation and content discovery platforms like Flipboard and Zite, Prismatic offers a desktop variant too and can be the best Google Reader alternative you’re looking for. It brings the best of Flipboard and Zite, placing it in one easy-to-use web app. There is no way to move your feeds from Google Reader (for now), but its content discovery feature is quite brilliant and will be more useful in a long run. This is for those looking for more personalized, relevant, topic-based, socially-curated news feed. 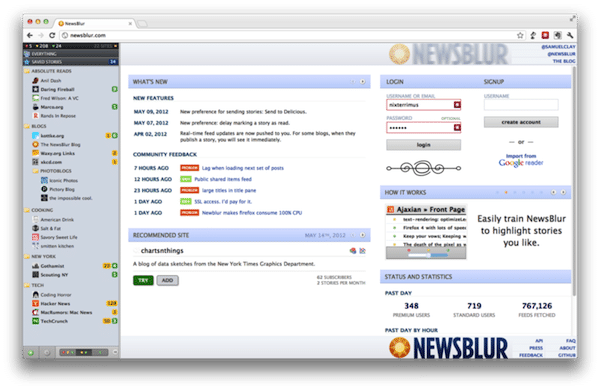 NewsBlur is pretty new, but is already making a mark as a viable Google Reader alternative, It’s slick, beautiful, fast and intelligent RSS reader. It can import all your feeds from Google Reader with a click. It even combines RSS feeds and headers with actual websites. At the time of writing, the service was down, thanks to people already flooding hearing the demise of Google Reader. Wait for it to get back up and give it a shot. I’m sure it has a lot to offer to suit the needs of many of you folks.

Newsblur is free to try, but unlocks unlimited feeds and more premium features at just $1 a month. It’s available for the web, android and iOS platforms. 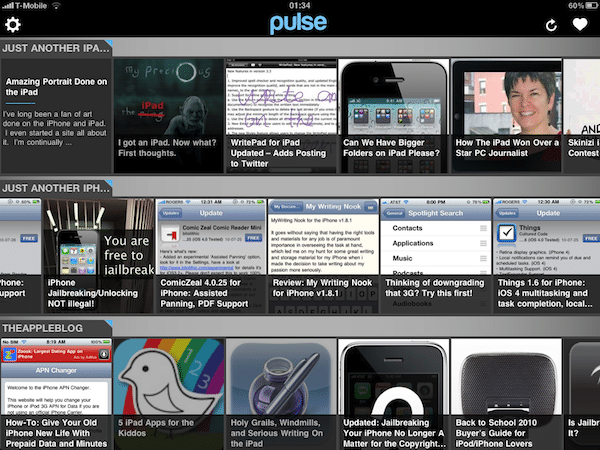 Pulse started out as a popular app for iPhone and iPad, but has since developed into a reliable alternative to Google Reader with its offering for web and android platforms as well. It has a nice intuitive touch interface and is pretty slick in its implementation. The app comes preloaded with several popular Web sites, but you can easily add your favorite RSS feeds as well. Neat Social integration is an added advantage. You can import your Facebook & Twitter news feed with a click of a button.

If you are still not impressed with the above options, here are some more services you can try to replace Google Reader. Some of them are mobile specific, but are very reliable.

Xiaomi Mi Reader with 6-inch HD e-ink Display and USB Type-C…
How to Force Safari to Open Specific Web Pages in Reader…
Chrome Reader Mode for Android: How to Enable Simplified…
How to Enable Reader Mode on Chrome and Read…
Looking for Free LastPass alternatives? Here are the Best…
8 Best TeamViewer Alternatives for Remote Desktop Access in…