Don’t we all get frightened when we drop our precious devices on the floor? We then slowly pick them up and analyze the screen to see if everything’s alright. We don’t bother too much about the back and all that because that doesn’t really matter. The screen and what we see there is utterly important, and that’s why scratch and shock resistant glass is one of the most important parts in the build process of our smartphones and tablets.

The average user doesn’t even know what Gorilla Glass is but he sure feels its use in critical situations. But even if the reputed Gorilla Glass from Corning is resistant to shocks and scratches, it’s still not the best product around. Drop your phone with the face down on some concrete and there are big chances that the screen won’t resist. And here’s where another material could jump in, to make our devices even stronger.

When you hear the word sapphire you’re probably thinking about that expensive gem that thieves would risk their lives for. And yes, here’s where the first problem appears – the price. While a regular Gorilla Display costs even less than $3, a similar one made from sapphire will be priced around $30, being 10 times more expensive. But, as with any other starting technology, thanks to competition and more players joining in, prices are expected to fall down. 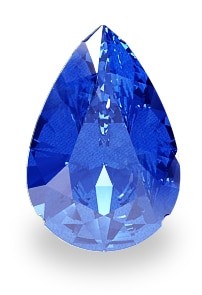 GT Advanced Technologies, one of the most important names in this starting industry, expects that in the following years, the Sapphire display production costs will drastically decrease, being around 4 or 5 times bigger than Gorilla display. Of course, that’s still not enough to call it cheap, but it could touch a price range that would allow certain OEMs to deploy it in certain devices. What makes the sapphire display awesome is a host of impressive features:

Apple is already using sapphire in the construction of the iPhone – a tiny portion of the super-resistant glass is covering the camera sensor. So, the technology isn’t strange to the Cupertino giant. And assuming that a future iPhone or iPad could sport such an awesome display isn’t just speculation but maybe just a matter of time.

Another issue with the sapphire material is that it is also heavier than the Gorilla Display, actually by 60%. A solution for cutting down both the weight and the cost of using this material is creating a super-thin layer and to laminate it with another one of a cheaper technology. I’ll leave you with a short video with the sapphire display in action, in order for you to better understand why this technology really matters:

Was this article helpful?
YesNo
TechPP is supported by our audience. We may earn affiliate commissions from buying links on this site.
Read Next
Best Black Friday Phone Deals 2022: iPhones, Pixels, Samsung Galaxy and More
#corning gorilla glass #smartphones