Space Monkey is Out to Steal Users From Dropbox and Others

Cloud storage has been on a rise in the last few years. Not far ago, it was considered a beautiful concept, nowadays, we have Google Drive, Dropbox or SkyDrive and many other services that offer users their own space in “the cloud”. But how much space? Here’s the problem: while there are lots of services, all of them offer limited storage.

Of course, one could upgrade their cloud storage account and have a few more GB of space, but they have to suffer some pretty steep charges. Space Monkey is a Kickstarter project that offers a solution to this problem, and while not entirely free, it is only a fraction of the cost.

What is Space Monkey?

As we’ve mentioned before, Space Monkey is a Kickstarter project that promises the world a cheap alternative when it comes to cloud storage. This is possible by changing the way cloud storage is designed from the ground up. Today’s cloud storage systems rely on massive data centers that keep your information, and while this solution is good, those data centers require a lot of maintenance, and therefore, a lot of money to keep them running.

This is why current services provide their services at such high rates. Space Monkey has come up with a different solution to this problem, and what it consists of, is to use P2P (peer to peer) networking between thousands of small hard drives that the users have and ditch the data centers required to keep such a service active.

The developers are creating devices that will connect to the Internet and their entire network will be the cloud where you keep your files. The device itself will be a 1 TB drive (1024 GB), housed in a stylish body that will be in each user’s home. This approach drastically lowers the price of running a cloud service, and at the same time, has a few more advantages: 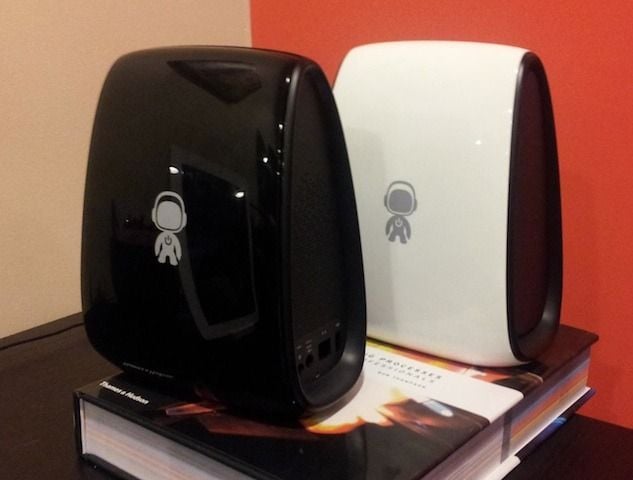 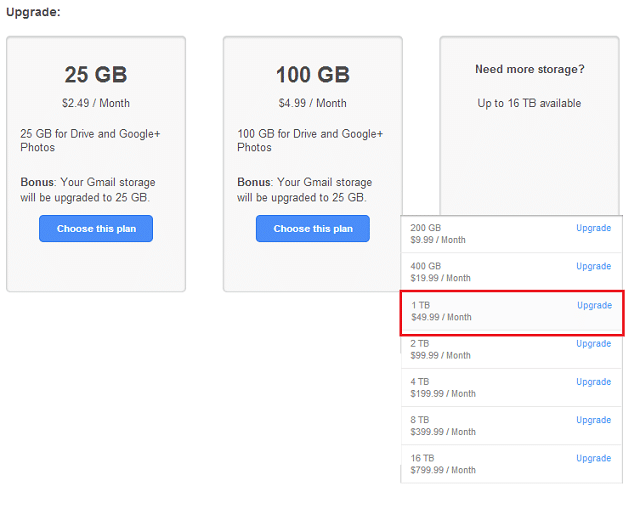 For now, there are a few well known cloud storage service that most of us use. Services like Dropbox, Google Drive, Microsoft’s SkyDrive, Apple’s iCloud and Box.com are the most used, but each of them offers users limited free space, starting from 2-3 GB to about 15 GB, and when this runs out, you need to buy more space. Of course, these services have their reputation that helps a lot.

Most of us use them and pretty much everyone has heard of them by now, but a start-up company like Space Monkey will have some trouble gaining the user’s trust. Also, some might not want to use it due to the fact that they simply don’t need that much space, and therefore, they can get by with the free services. While those offer limited free space, if you have an account on each of them, the cloud storage you will have available will be more than enough for most.

Those of us who need more storage space and don’t want to have multiple accounts on different cloud storage services will see a definite advantage by using Space Monkey. The 1 TB of space will only cost $10/month, which compared to the $66.5 that Dropbox offers or $49.99 that Google Drive charges for the same space, is a great deal.

While Space Monkey seems to be a awesome deal for people in need of more space to store their backups or other files, many will not want to pay the $10/month fee, as they can get by with the free accounts that other services offer. In this case, it would be a good idea for the developers of Space Monkey to provide similar free accounts for their users. Nevertheless, we applaud their idea and the way in which they have re-imagined cloud storage. However, some users might be annoyed by that fact that another device is sitting on their working desk.

If you think Space Monkey is something that you might like, you can visit their Kickstarter page and pledge some money towards the completion of their project.

Wear Graphene Gamma: One Jacket to Rule Them All
Read Next
Photo Credits: Kickstarter

Free Video Conferencing: Google, Microsoft and others to…
IPL 2022 Live Streaming: How to Watch IPL Live in India, US,…
Xiaomi made a 4G statement with the Redmi Note 11 Pro, and…
How to Assign Tasks to Others on Google Workspace
Dropbox Alternatives: Best Cloud Storage Services to Use in…
How to FaceTime Android and PC Users in iOS 15