Everybody in the tablet world wants iPad’s crown and this has a negative impact for Apple – it might push sales down. As consumers are being offered more and more models, they might start to forget about the iPad. Price has always been a major deciding factor for wanna-be buyers and it seems that HP is speculating on that very well. Hewlett-Packard has announced the detachable Android SlateBook x2 at $479 which is aggressively priced but comes with enough appealing features.

On the other side, we have a $799 Windows 8 hybrid, dubbed the Split x2, which is another try from HP’s side with Microsoft’s “infamous” operating system. They might look similar and even somehow reminding us of the Envy x2, but there’s no doubt about it: the innards are very different. Let’s have a more detailed look at both devices and see if they might become an interesting proposition or if we’ll perceive them just as “yet another gadget” on the market. Both devices will be available on the market in August, this year.

The HP SlateBook x2 is a 10.2-inch Full HD display Android detachable tablet that can very well be considered as being a high-end device. It comes with the latest Android version currently available, the 4.2.2 Jelly Bean. Another feature that’s the latest and greatest on this device is the 1.8 Ghz Tegra 4 quad-core processor from Nvidia which has also recently announced the pricing for its upcoming Nvidia SHIELD gaming console. The screen has a satisfactory resolution of 1920 x 1200, with the IPS panel allowing for great viewing angles.

However, you might find the 16 GB storage space as being insufficient even if you can increase it thanks to the microSD card. 2 GB of memory should be enough to power this Android slate. What really makes the SlateBook x2 stand out is the fact that the detachable dock is included in its price.  And for those that don’t know, a detachable keyboard is highly useful, and not only for writing and productivity. It brings two USB ports (we know much we need them), an SD card slot, an HDMI jack; and what’s really awesome is that its extra battery almost doubles the tablet’s battery life, to more than eight hours (albeit some claim it can reach 14 hours). 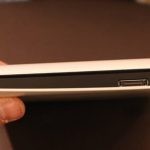 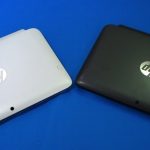 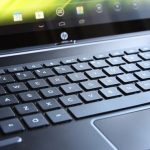 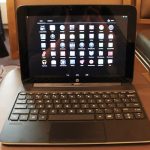 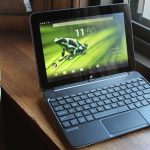 The tablet weighs 1.4 pounds (635 grams) and the dock 1.48 pounds (671 grams), which means a total of 2.88 pounds (1.36 kg) which shouldn’t feel too heavy on your hand. Don’t expect too many wonders from the 2-MP camera. Here are the main features and specifications of the Android SlateBook x2:

HP’s strategy of including the price of the keyboard dock is really smart, even if this means their profit margins will be lower than those of their competitors. Consumers get confused when they are told that a device costs, say, $500, but in the TV advertising, they saw it having a keyboard. So, when they ask about the keyboard, he’s being told that it costs $100 or so more. The Split X2, just like the SlateBook x2, has the price of its keyboard dock included in the $799 price.

The Split x2 comes with an Intel Core i3 processor, 4GB of memory, a 64 GB SSD and a large 500GB hard drive. But this has repercussions on the weight – the docked unit weighing 4.85 pounds (2.2 kg), almost double the weight of the SlateBook x2. Of course, these are 2 totally different products: one is Android-based, oriented at those on the go and the other is almost a Windows 8 ultrabook. The 13.3-inch screen also has a lower resolution, at 1366 x 768. 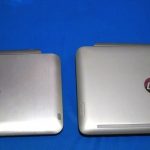 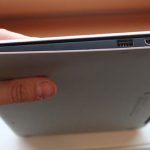 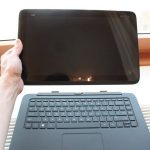 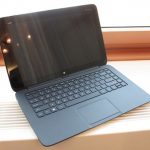 The audio performance on the Split x2 is managed by Beats Audio. There is also a 2MP Full HD webcam, HP ClickPad, 2 USB 2.0 ports and one USB 3.0.  A 8.0 MP camera might prove reliable if you use to take pictures with your laptop. The total battery life on the Split x2 is said to amount to an impressive 11 hours. The main features and specs of the Split x2:

Update: HP has put the SlateBookx2 on sale on its website, officialy launching the detachable Android tablet on the market. What’s interesting is that HP calls it a “PC”, but it can only run Android and no Windows 8 or at least Windows RT. All the specs have remained the same, as well as the price.