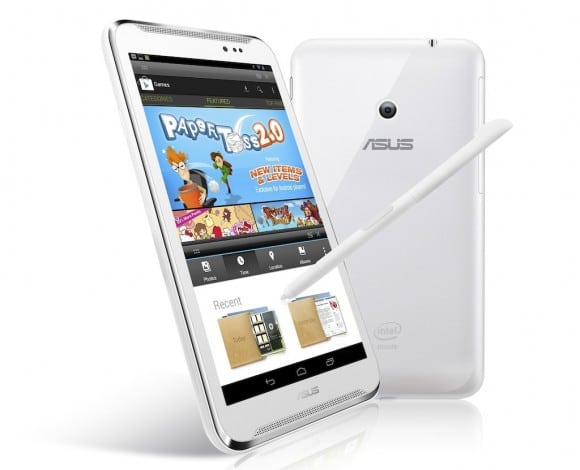 Amongst a series of announcements at the ongoing Computex 2013 event in Taipei, Asus has unveiled the FonePad Note, a 6-inch Full HD Android phablet powered by a 1.6GHz dual-core Intel Atom (Clover Trail+) processor with 2GB RAM. Asus isn’t making any effort to hide about Galaxy Note’s inspiration, be it with the naming or features.

Asus FonePad Note comes equipped with a digital stylus for notetaking and sketching, much like the Samsung Galaxy Note. LTE is absent, but it features a DC-HSPA+ modem capable of seeing speeds of up to 42Mbps down. In addition to these, FonePad Note comes with a 8 megapixel shooter on the rear, along with a 1.2-megapixel camera on the front for video calls. Stereo speakers are placed on the front, placed on top as well as bottom, much like the HTC One. The display is a 6-inch Super IPS-LCD+ variety, which ensures peak brightness of 450 nits and great viewing angles. 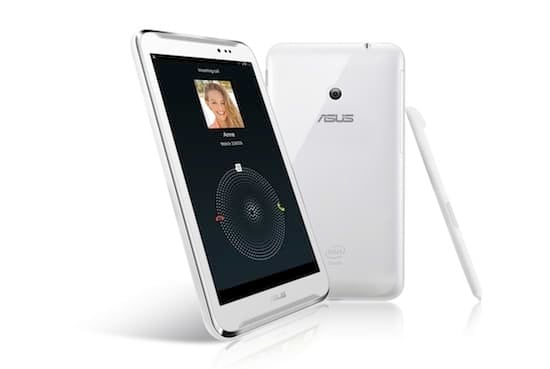 Asus isn’t the first company trying to mimic Samsung’s success in the new Phablet category. Others like HTC, LG & Huawei have unsuccessfully attempted to dethrone Galaxy Note models in the past. Galaxy Note II is sized similarly as the FonePad Note, though the third generation Note is expected to be launched as soon as 20th of this month or at IFA later this year.

Shockingly, FonePad Note is expected to run the good old Android 4, but we await some clarity in this regard. There were no announcements made regarding the pricing and availability of FonePad Note.