It’s that time of the week when we take a look at all the new and notable apps submitted to the Google Play store and curate them into our roundup. As always, the list will comprise of both apps and games, free as well as paid. In some cases the free apps will have in-app purchases which are needed to unlock the full functionality.

For the week ending June 2nd 2013, we have a couple of new games, a couple of web browsers, an alarm clock app, an automation app and more. The apps are not in any particular order as such.

Vine has been hugely popular ever since it was launched on iPhone long time back. It now has more than 13 million users, and Twitter has finally released Vine for Android as well. The new Vine app is surprisingly better designed and faster than iPhone version, as per the initial tests we did. For uninitiated, Vine lets users to shoot concise, six-second videos that loop automatically on playback and include sound. 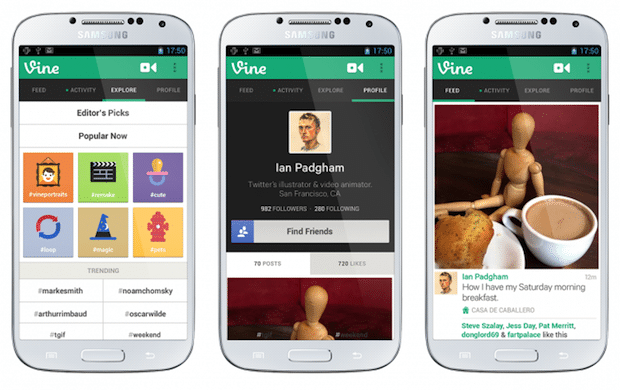 Telly has been around for a while on the Play store, but the developer has now updated the app after making it optimized for Android tablets has well. It’s a social discovery platform that brings together content from across the Web, Telly’s own library and other third-party sites such as ESPN and YouTube. Check out the video below to know what it offers.

The popular Android launcher app, Go Launcher has just launched a new mobile browsing app for Android. Next Browser promises smooth and fast web surfing and comes with nice features like with tabbed browsing, lots of browser extensions and the ability to sync bookmarks across devices.

If you are a Google Apps user, this would sound music to your ears. After a long wait, Google has finally released an Android app for administrators of Google Apps. It is designed to make it easy for administrators to use their Android phone or tablet to accomplish the most common tasks while on the go. These can include quickly adding or suspending users, resetting passwords, managing group memberships, viewing domain setting changes, and directly calling or emailing specific users. 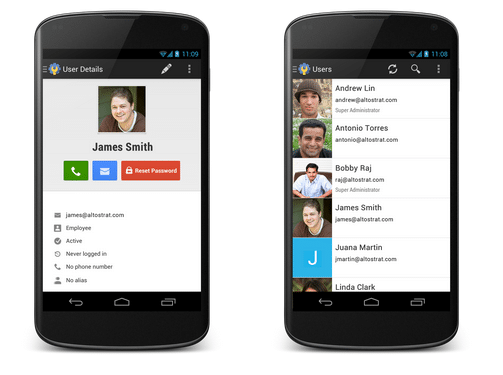 If you are a regular to our blog, you’d surely know how much we love alarm clock apps. Well, here is one more which paints us impressive. Warmly wakes you up with gradually mounting sounds that not only aren’t alien and frightening, but are actually comforting and familiar. At $1.99, it’s not cheap, but has looks and features to warrant the price.

There is no dearth of camera apps on the Play store, but Camera 2 promises to be different. Developed by the folks behind the popular Paper Camera app, Camera 2 is billed as an “ultimate real-time effects app”. It offers a host of filters like old computer monitors, Sci-fi and more. 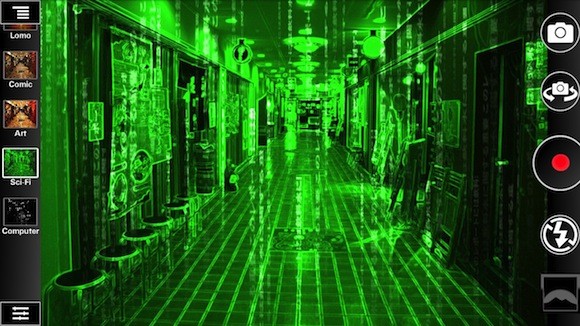 Here comes the second mobile web browser in the list, and this time, by one of my favorite browser companies. This is for those users who were left unhappy with Opera adapting Chrome Webkit into its mobile browser. The classic brings back the old non-webkit version with the same old features like Speed dial, text wrapping and others. 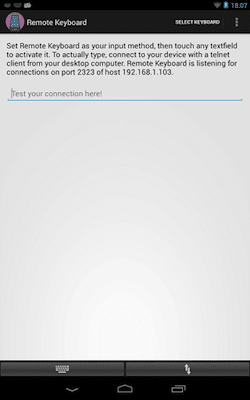 Tired of onscreen keyboards? Don’t feel like buying extra hardware like a docking cradle or Bluetooth keyboard? Remote Keyboard allows you to connect your desktop computer’s keyboard via wlan/USB to your android device and control it comfortably. With this app, you can not only type, but also copy&paste text between the machines in both directions.

Duolingo has been quite popular on iOS as a free language learning app and now forays into Android as well. Learn Spanish, French, German, Portuguese, Italian, and English absolutely for free. Highly recommended from our side.

Sketching apps have slowly started to get popular particularly on iPad. With increase interest in Android tablets, developers have started releasing sketching and painting apps on Android as well. Artflow aims to convert your tablet into a digital sketchbook with more than 50 brushes and other drawing tools. In-app purchases are required to unlock full functionality.

Before you go ahead and try it out, let us warn you that this is still an alpha release and not available on Play store yet. If you are a fan of Chat heads feature of Facebook Home, you should try Floating Notifications app which mimics chat heads for all notifications.

Equalizer apps are available in plenty on the Play store. The new kid on the block is aptly named Music Equalizer which promises to improve your phone or tablet’s sound quality by letting you adjust sound effect levels so that you get the best sound. It is a volume slider with five band Equalizer with Bass Boost and Virtualizer effects.

Profile Flow is yet another android automation app whiich promises to make your smartphone even more smarter by automatically switching profiles for you, based on a certain set of conditions, like your location, the time of day, which network you’re connected to, and so on.

We covered NarcoGuerra in our weekly roundup of best iPhone apps yesterday, and obviously it warrants a place here as well. This indie game focuses on the war on drugs in Mexico, putting players in the position of the Mexican authorities as they try to defeat the drug cartels, as well as corruption within their own police force.

Yet another game which we covered in our weekly roundup of best iOS apps is After Earth. Based on the TV show featuring Will Smith and his son Jayden, this endless runner game has 20 missions to play, and carries nifty-looking graphics.