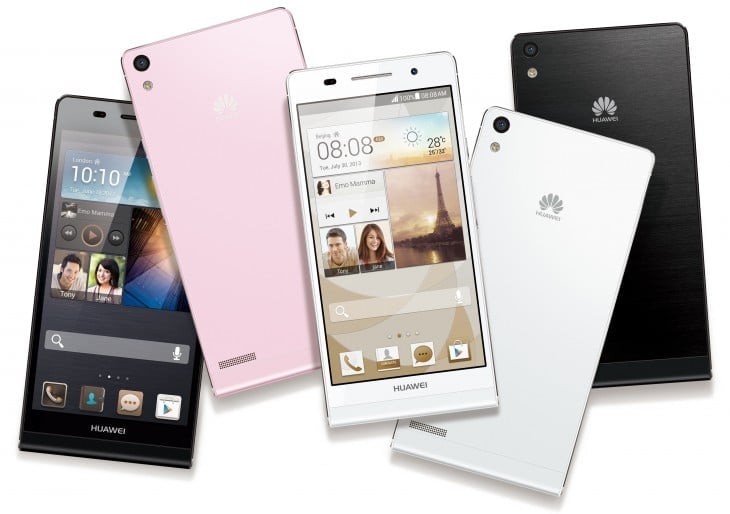 We are used to seeing fancy events for the best smartphones and tablets in the world. However, this was different with Huawei and their latest announcement – the Ascend P6, which they claim is currently the world’s slimmest smartphone. The Android smartphone has been announced today in London and it might become an interesting proposition for consumers that already have so many devices to choose from.

Huawei has announced the Ascend P6 at the “Beauty” even in London, but it seems to have done it quite silently. Nevertheless, let’s have a look at the specs and what place might it find for itself in the congested Android world. The first major describing point about the Ascend P6 is, of course, its thinness. At only 6.18 millimeters, Huawei calls it the “world’s slimmest smartphone”, but we know that there have been issues in the past with regards to how exactly one decides the thinness, so let’s just say that the phone indeed is super-slim. 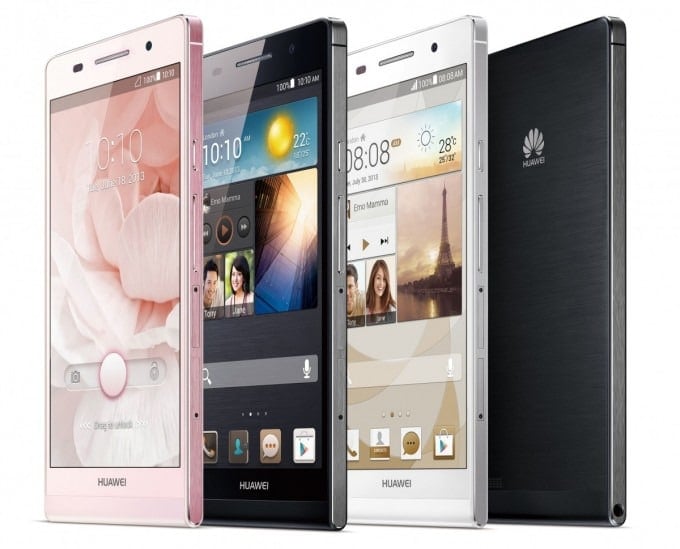 The most important technical specifications of the Huawei Ascend P6 include the following: a 1.5GHz quad-core processor (no details yet on the branding), 2 GB of RAM, sleek metallic body and a 4.7-inch high definition in-cell display. A 5MP front-facing camera is dubbed as being “industry-leading”, but we’ll definitely need to see some pictures before asserting that.

The HUAWEI Ascend P6 is a star among smartphones with its industry-leading design, high-quality camera, and intuitive user interface, Huawei’s proprietary Emotion UI. Building on the success of our Ascend P series of fashion smartphones, the HUAWEI Ascend P6 provides unsurpassed technology and a design that is simply stunning.

The Ascend P6 weighs only 120 grams, which means it loses the weight fight to the iPhone 5 by only 8 grams; but let’s not forget that Apple’s baby has a thickness of 7.6mm, which is thicker by 1.42 mm than the Ascend P6. In my humble opinion, these are just marketing gimmicks and 1 mm isn’t really such a big difference. Personally, I consider that anything under the 8 mm limit is pretty pleasant on the hand, provided that it doesn’t weigh as much as a brick.

Let’s delve a little more on other features of the Ascend P6. The 4.7 inch screen is powered by a 1,280 x 720 in-cell LCD display, but we don’t if there’s any Corning Gorilla love. For those living in cold areas of the world and even for those that get a cold, snowy winter, Huawei has added the “MagicTouch” feature which enhances screen’s responsiveness so that you could touch it even when wearing gloves. A downside is the fact that you only get 8GB of internal storage, but with the help of the microSD card slot, you can increase the space up to 32GB.

The 5MP front-facing camera is a laudatory addition, and will be found useful by those who use frequently the video calling feature (or who leave video messages on Skype). The primary camera has a 8-megapixel sensor and a F/2.0 BSI lens with a 4cm macro, so you can take pictures of all those beautiful summer flowers. On the software side, we’ll find that Ascend P6 comes with a Android 4.2.2 version that will be skinned with Huawei’s Emotion UI. Not sure if that’s a downside or not as it depends on your past experience with the Emotion UI. Huawei assures that it has gathered “input from over 5 million consumers to help them optimize the latest version of Emotion UI”.

Sound is becoming an important aspect in the choice of your smartphone, as we’ve seen how much it matters in the overall appreciation of the HTC One. Huawei took that into consideration and endowed the Ascend P6 with Dolby Digital Plus sound. To power all this and to resist to the chores is a 2,000mAh battery which should be enough. To try and squeeze more battery power, the engineers at Huawei have come with two technologies of their own: Automated Discontinuous Reception (ADRX) and Quick Power Control (QPC) which should optimize the battery usage, actually increasing the capacity by 30%, when “compared with smartphone batteries of equal size”. Now we’re really curious to see the first reviews.

As for price and availability – the Ascend P6 will start its first roll-out in homeland China from June. Western Europe will get it from July. Huawei said that by the end of 2013, 100 nations will get the Ascend P6 in stores. We’ve also been informed that a LTE Ascend P6 will be launched near the end of the year. A U.S. price and launch hasn’t been announced but we know that Europeans will pay for this “impossibly beautiful and always intuitive” phone €449 ($601). The handset will come in black, white and pink colors.