Sony seems desperate to get back in the smartphone race, if we can say so. Not so long ago, we have seen the Japanese company launch the waterproof Xperia Z and the massive 6.4 inch Xperia Z Ultra phablet. Now, we see the web being flooded by rumors related to Sony Xperia i1, internally codenamed as Honami. We have some possible specs, pictures, and even a possible launch date for all you Sony lovers out there.

Just like Samsung, it seems that Sony is experimenting with as many screen sizes as possible. As Brazilian website Techudo informs us, it seems that the Honami might be released on the market with a 5.4 inch size, which should place it somewhere between being called a big smartphone or a phablet. This size makes the alleged Xperia i1 bigger than the Sony Xperia Z but smaller than the Zperia Z Ultra. 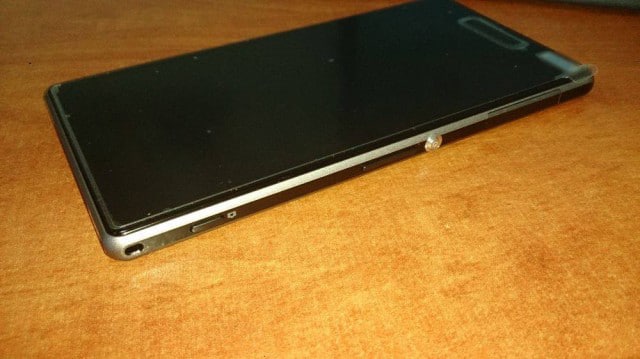 What’s even more interesting is that another source, a Japanese blog called Ameblo has leaked details regarding a Sony event in Paris, on July 4. Still, I wonder why the information wasn’t made public by a French website. Nonetheless, what we see in the invitation banner ressembles the leaked pictures of the device (which you will see in the gallery below), again published by another source, this time, an Israeli website. Combining all these leaks together, here are some of the possible specs the Sony Xperia i1 might have:

Like always, we need to take these specs with a grain of salt, especially when it comes to the camera sensor. The Qualcomm Snapdragon 800 processor clocked at 2.3 Ghz isn’t  that fictitious, if we take into account that the Xperia Z Ultra has a 2.2 Ghz one. But this is a serious indicator of the fact that the smartphone will not be cheap, as it comes with the latest and greatest in terms of processing power. Although not mentioned in any of the leaks, I’d expect the Sony Xperia i1 – if it will keep this name, of course – to also come with waterproof abilities and a very resistant front glass, perhaps the latest generation of Corning Gorilla.

If we are to believe the pictures, then the Xperia i1 will keep the same OmniBalance design of its siblings. Regarding the 20 megapixels camera, it’s pretty tough to believe that, especially because there is no bulge in the back. So, unless Sony has been cooking up something really revolutionary in its labs, I suppose Honami will come with a 12 MP sensor. This feature is obviously aimed at Samsung Galaxy S4 Zoom (speaking of bulges in the back) and the not-yet-released-but-so-much-rumored Nokia EOS.

As for the launch date, there are two possibilities: either Sony releases the Xperia i1 at the rumored event in Paris or they might plan its announcement for IFA Berlin, in September.