Another week has ended, and technology isn’t taking a break. The Android world spins at huge speeds but we do our best to catch up and find each week the best new released Android applications. You will find below, just like always, a well-balanced mix of productivity apps, games and an Android live wallpaper, because you know how much we love them, right?

We also wanted to include in this list Facebook’s Android app, but it is still in beta and even in the Play Store, it is not accessible to everybody, so let’s hope that we will have it in our list for the next week. Boys and girls, get your Android devices ready, because the fun is about to begin!

If you have used the desktop Boomerang application for Gmail, then you will find the release of an Android app much needed. To put it short, Boomerang lets you schedule an email to be sent later, a feature that might be officially support by Google sometime in the future. Or they might just acquire Boomerang, who knows. Currently, the app will only work for Gmail, but more email providers will be added. Besides the basic feature similar to the desktop Gmail app, Boomerang for Android also comes with the following options:

The rebranded BlackBerry (formerly RIM) is definitely operating its business on new ideas.  Government agencies, corporate clients and business owners will appreciate the coming of the Secure Work Space application for Android. The application will be managed through BlackBerry Enterprise Service (BES) 10. The BES 10 platform will access to corporate productivity applications including Email, Calendar, Contacts and Browsing through the newly available Android app. 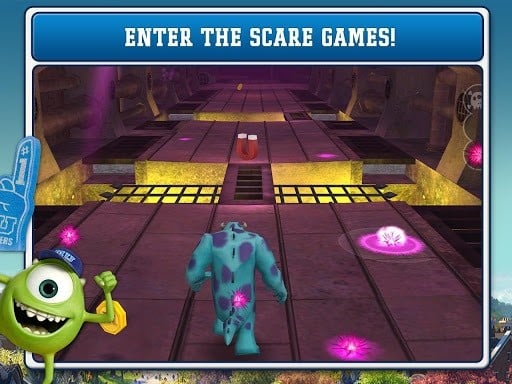 A good solution to be a kid once more is to play these awesome and entertaining games from Disney. You will be able to play your favorite monster:  Mike, Sulley, and Squishy as you will chase Archie, ” the squealing mascot of Monsters University’s rival school, Fear Tech”. For more fun, the Toxicity Challenge awaits you with 30 entertaining stages and a race that you’ll have to finish against the clock. 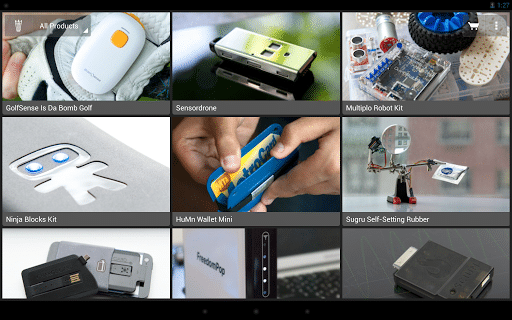 Passionated about technology, and specially gadgets? Then you will find Grant St. to become one of your most beloved apps. The app basically works like a marketplace where you will be able to purchase ingenious gadgets & devices and “well-designed, delightful hardware”. For me, it kind of looks like the ThinkGeek website, but reduced to the basic form of an Android app.

Have you heard about Doomsday Preppers, the National Geographic documentary that is centered around ordinary Americans that are preparing for the end of the world? I have watched and I can tell you that the Android app is just as great, being even featured on National Geographic’s website. Your mission is to design a bunker that will come with all the facilities for those that will survive the apocalypse – gyms, greenhouses, disco bars. You will have 140 floors to build and more than 315 products to prepare and store.

Scribblenauts was first released for the Nintendo DS gaming console and was later on brought to iOS; now the Android app has been made available. Your mission is to help Maxwell obtain the Starite by creating an object or even a living being and later on bringing it to life in order to complete each challenge that you are faced with. Watch the video to see what unusual and funny creatures you can bring to life!

Whenever you are abroad, you need to have travel apps along with you, that is for sure. XE Currency has been one of the most known and reliable websites when it comes to providing basic financial operations like conversion rates, expense calculators and currency charts. 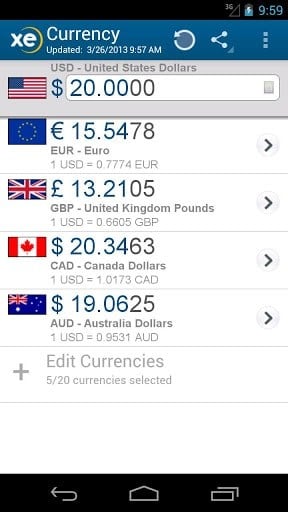 The app doesn’t disappoint and comes with a set of needed features as live currency rates & charts (all the currencies in the world and all the precious metals) and allows for advanced personalization of settings.

Might & Magic Clash of Heroes is the official Android game developed by its Ubisoft, having launched it initially for Nintendo DS and later on for PlayStation 3, Xbox 360 and Windows. You will be part of the same epic adventure where 5 young Heroes pursue their quest to save the world of Might & Magic.

A true Android RPG, it allows you to build the right strategy to defeat your enemies. The battles that you will win will yield experience points and will increase your hero strength points. Check the game to read more about it.

Honeycomb is another live wallpaper for Android that makes your device fun to look at, even when you are not actively using it. To activate it, follow the following steps: long press homescreen—>Wallpaper—>Live wallpaper—>Honeycomb Live Wallpaper Free. Have a look at it in action on the video to see if it’s worth embellishing your Android screen.

If you have a dog and an Android smartphone and you’re looking to train him, all that’s left is the Dog Whistle PRO app. If you don’t have a whistle, then use the app to train your dog with this app. Choose your favorite frequency – 7kHz, 10kHz, 15kHz, 19kHz and set it as a widget. You also have an anti dog repellent whistle, if you’re in the presence of a not so “friendly” human’s-best-friend.