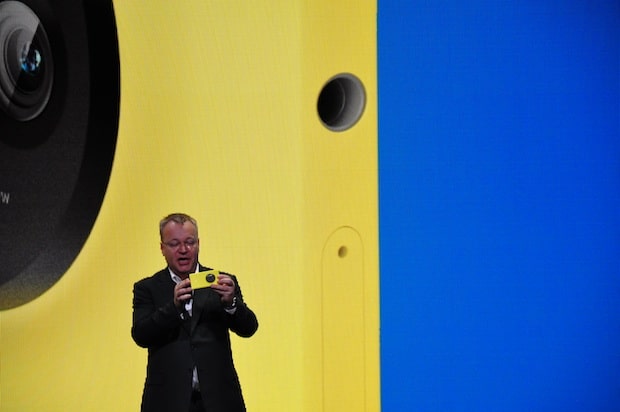 Nokia’s newest addition to the Lumia series is an impressive device that is very powerful and has some awesome features for its users. Nokia’s calling it the Lumia 1020, and it is a Windows Phone 8 device that comes with a lots of bells and whistles. The device comes in three flavors: yellow, white and black, and it is accompanied by some great accessories.

The smartphone has been plagued by innumerable leaks over the past month, and specially in the last couple of days, but that shouldn’t take away anything from this beast. Nokia wowed many by introducing a mammoth 41MP sensor on Nokia 808, but the OS it was running pulled down the sellability factor. Though WP8 is yet to mature into a complete mobile OS, arrival of real PureView tech on the emerging platform is a huge plus. Let’s quickly dive into the specs.

If you want to know the exact details of the device, take a look at this list, to see some of the technical specs of the Nokia Lumia 1020: 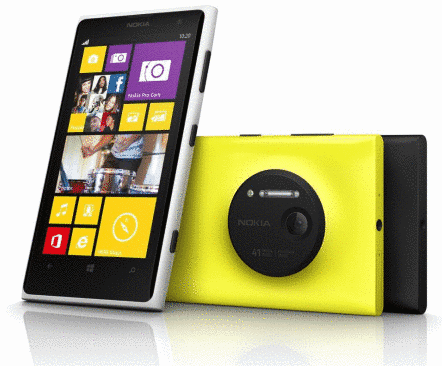 Apart from the specs above, the Nokia 1020 has some other cool features. For instance, users will benefit from the HERE location and mapping service that Nokia has, as well as free offline maps and free HERE transit available in the store.

The very generous 41 MP camera has a backside-illuminated image sensor and the shutter itself has 6-lens ZEISS optics with high resolution zoom 3x. Autofocus, Xenon Flash and LED for video are also part of the features for the device’s camera. It is capable of shooting 30fps video at a 1080p resolution.

The 4.5 inch screen of the device features 2.5D sculpted Corning Gorilla Glass 3 for an added level of protection, PureMotionHD+, Clear Black technology, high brightness mode and sunlight readability. Also on the list of features that the screen has, are Super Sensitive Touch for nail and glove usage and Nokia Glance Screen.

In terms of battery power, Nokia said the Lumia 1020 will be able to keep on going for 13.3 h talk time (3G), or as much as 16 days in standby time. For video and audio playback, the device will run for approximately 6 hours.

Last but not least, the Lumia 1020 comes with Nokia Rich Recording and HD voice compliant for crystal clear sound both from the speakers and from the microphones.

The Nokia 1020 has some awesome accessories

Those who want to try out the new Nokia Lumia 1020 can accessorize their smartphone with a wireless charging cover or with the Nokia Camera Grip PD-95G that acts as a cover for the device and gives it an extra battery pack and a tripod mount.

Nokia Lumia 1020 will be coming to AT&T this month, starting July 26th for $299.99 with a two year contract. The pre-orders will begin on July 16th. Also, China & key markets in Europe will be getting the Lumia 1020 this quarter. Details about the pricing and availability in other markets were not revealed.

Update: Hands on with Nokia Lumia 1020

(The editor travelled to New York on the invitation of Nokia)

Was this article helpful?
YesNo
TechPP is supported by our audience. We may earn affiliate commissions from buying links on this site.
Read Next
Nokia Power Earbuds Lite Review: Connecting through Clear Audio against Tough...
#Lumia 1020 #nokia #Nokia 1020 #WP8