Another week is coming to an end in the Android world and interesting things are about to happen as we are closely nearing the launch of the second-generation Nexus 7. And that’s not the single announcement we’re looking forward to as it seems that Google will finally launch the Moto X smartphone on August 1 in New York City. It’s a device that is said to be highly customizable.

For the week ending on 21st July, we have compiled a list of fifteen Android apps, and this time, we don’t have as many games as there were on the previous list. Instead, you will be able to enjoy a good selection of creative apps, and by using some of them, you will even be able to make some money. Also, it’s very interesting to see many paid Android apps at once in our weekly roundup. 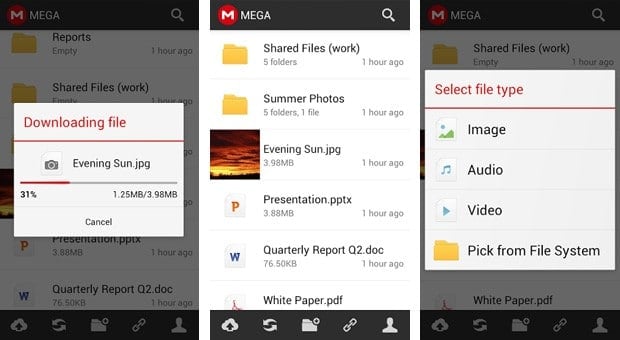 Yes, MEGA is the Android app of Kim Dotcom’s Mega cloud storage platform that is now based in New Zealand. If you’ve been using Dropbox, GoogleDrive or any other cloud storage app, then you might not be very impressed by Mega, but still, the app gives you 50 GB of free cloud storage, which is so needed nowadays. Camera Sync, two-ways transfer, password encryption are the main features of this app. 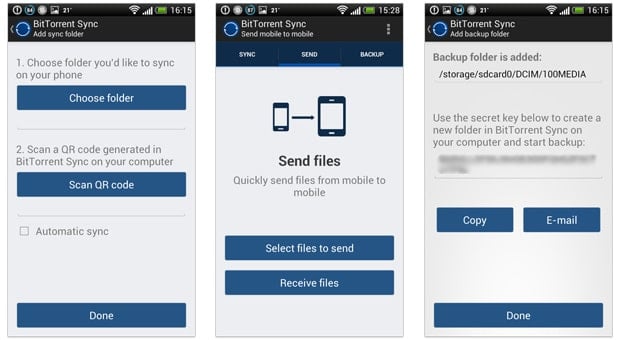 BitTorrent’s Sync Android app comes in a market that might seem crowded, but taking into account how many fans the company has, I have no doubt the app will get quite an userbase. To avoid the confusion, you should know that BitTorrent Sync is a personal file syncing application and it is not compatible with torrent file-sharing applications. The app encrypts file transfers, is free, has no limits on file size and also comes with mobile file synchronization.

There are so many new Android apps launching these days that it’s very hard to keep up. And this is the main reason behind our weekly list, by the way. But if you need some extra help in dicovering some new cool Android apps, then you might want to try out Rex. The app will offer recommendations that are actually based on the apps that you have already installed.

Floating Toucher comes in the form of a button that “floats” on your screen over other apps, letting you place it anywhere you want. When you click on it, it will unfold as a bigger circle with some basic system commands, such as allowing you to clean your memory or go directly to system settings. It’s also easy to make it disappear, all you have to do is to perform a long press. Watch the video to see how brilliantly simple it is.

A good Android list of apps most definitely should have some time killing games featured! Fantasy Breaker is one such Android game where you break obstacles in your path with mighty balls. Complete 50 unique levels in awesome graphics to become the ultimate breaker!

Locket comes with a pretty interesting concept – it pays you for having ads on your lock screen. You just need to swipe and unlock your phone to earn some cents.  It is said that you can make “up to hundreds of dollars per year”, but I don’t want to imagine how many swipes that means. Nonetheless, who knows, maybe in 3 years, you will be able to save up enough to buy a new phone.

Imagine an app that knows who you want to call? Dialapp is one such app that can “magically” predict who you are going to call next, based on your location, time, calendar and conversations. So, let’s say you’ve established a meeting on your calendar with somebody. Dialapp will display in its list that very person, so you won’t have to search it in your contacts. When you want to eat, you go to the list and you see there your favorite chinese food place. Quite ingenious, isn’t it?

Hundreds is a very, very addicting puzzle game, so download it with care! The developers say that you might need “quick fingers and deep 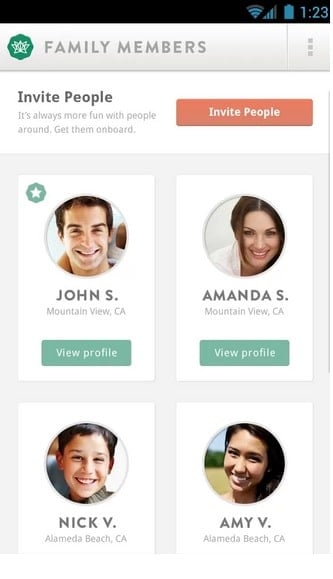 thinking” for it, so it’s not a game only for time-waste. The New York Times,  The Atlantic and The Guardian were impressed by the game and so are we. What are you waiting for? Let the puzzle fun start!

Sometimes, you want to share pictures and videos just with your family and not with all of your Facebook friends, for example. Origami makes that happen as it lets you create albums of photos and videos and share it with your family members. Yo can easily invite family members from your address book. What’s truly impress is that you get to enjoy unlimited upload sizes and storage.

This is the most expensive app in our list but it seems that it’s worth the price, proof to that being the good rating it has. Biophilia is a multimedia mix of music, nature and technology under the guidance of Björk, the famous musician. You can make and learn music, all inside a wonderful visual three-dimensional galaxy. The video of the app speaks better than words can.

The iSeeNotes Android app is a delight for musicians everywhere! This awesome app will scan musical notes and will magically transform them into real music! By using musical OCR (Optical character recognition), the app can read sheet music. The app is just at its beginning, so it’s expected to come with bugs with errors. But give it time and I’m confident the developers won’t let us down! 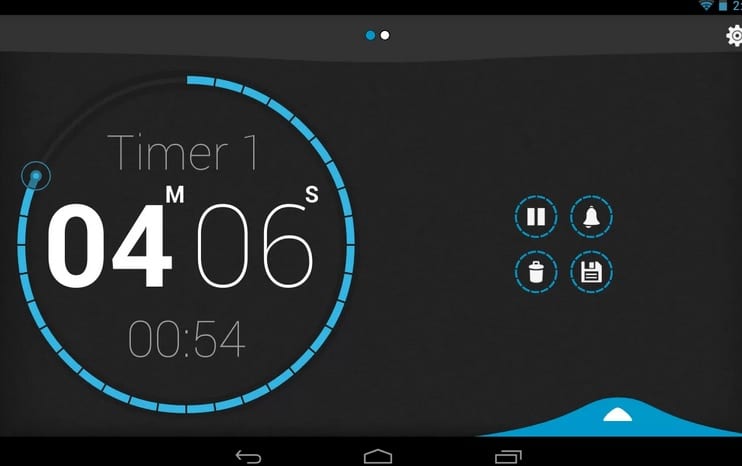 We need a timer for many things – to see how fast we run, to know when the soup is ready or just how many minutes are left before the second half of that important football game begins. Beautiful Timer for Android makes all these tasks a pleasure with a stunning visual interface.

Flying lovers or aspiring pilots around? Infinite Flight lets you enjoy a fully featured flight simulator. Choose from 27 aircrafts, 8 regions and all the major airports that come with precise runways and taxiway layouts. You will have at your disposal flight planning tools, the instrument landing system (ILS), autopilot with Altitude, Heading, Throttle and Vertical Speed options, advanced replay system, time and weather conditions, weight and balance configuration, introductory and takeoff flight lessons, Logbook  and chievements. Fasten your seatbelts, ladies and gentlemen!

Procrastination is one of our biggest enemies when it comes to time management. Motivade will help you get back in shape and feel better about yourself! The app works like a social exercise motivator, keeping you updated about the progress you have made and how you’re doing against your friends. Fitness tracking options are included, obviously.

The Printic app was first launched for iPhone users but now it’s available as an Android app, as well. Take a picture of a lovely sunset view and choose to print it right away and have it sent to your mom via mail! Currently available only in the U.S., Printic will charge you a flat rate of 99 cents, with shipping included, for 3×4-inch print, Polaroid-like photo.