Location-based services are aplenty in this smartphone era, and mobile phone tracking has become a child’s play these days. But tracking a turned-off phone is considered impossible, and rightly so. Of course, in an ideal situation, you would have installed one of those Android tracking apps or iPhone tracking apps, but most people realize only AFTER losing the phone. 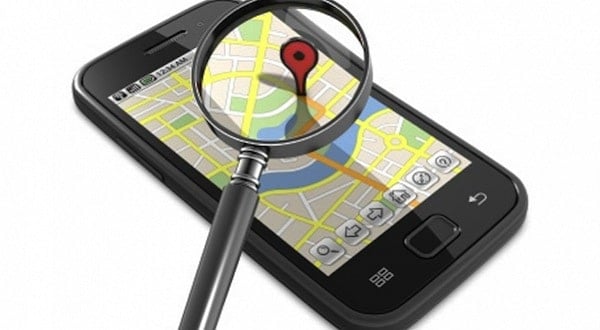 When you turn off your phone, it will stop communicating with nearby cell towers and can be traced only to the location it was in when it was powered down. GPS location services will be of no help as they consistently need cellular and/or internet access to gather the location details.

According to a report from Washington Post, NSA is capable of tracking cell phones even when they are turned off. And this isn’t anything new. As per the report, NSA has been using this technique, dubbed “The Find”, ever since September 2004. This technique was used in Iraq. It helped identify “thousands of new targets, including members of a burgeoning al-Qaeda-sponsored insurgency in Iraq,” according to a special operation officer interviewed by Post.

How NSA can track turned off phones?

The Washington Post story doesn’t throw light on this. But the only way NSA could track switched-off phones must be by infecting the handsets with Trojans. That would force the handsets to continue emitting a signal even if the phone is in standby mode unless the battery is removed. When the battery is removed, the compromised handset will not have a power source to emit the signals and hence would fail to share its location details.

But infecting the phones to track their location isn’t something new. Back in 2006, CNET had reported how the FBI had deployed spyware to infect suspects’ mobile phones and record data even when they were turned off. It’s quite plausible that NSA used similar techniques in Iraq, albeit on a larger scale.

Robert David Graham of Errata Security points out to the intricacies of the terms “off”, “track”, and “phone”. “The best way to track an ‘off’ phone is to — secretly — install a chip, connected to the phone’s battery supply” says, Graham. “Thus, even when the phone is ‘off,’ that added chip would still be ‘on.’ In this case, it’s not really the phone itself that’s being tracked, but that chip.“. In layman’s terms, this should probably explain why the USA banned Chinese networking companies like Huawei and ZTE. 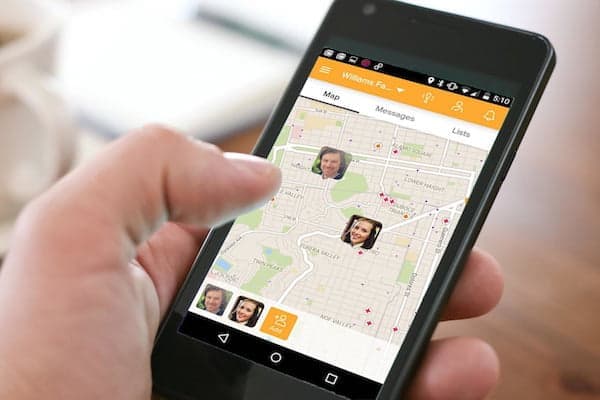 Some of the older feature phones may not actually turn off, even if they appear to be powered down. They would have a baseband processor power up every ten minutes or so to retrieve SMS messages, but not phone calls. That’s where the definition of “off” comes into the picture. Unless the battery is removed, some phones can still be tracked.

Now with smartphones getting unibody designs and non-removable backs, removing the battery is nearly out of the question, so yes, your smartphone can be tracked even if it’s switched off if it’s infected with trojans. An upcoming smartphone from Lenovo, dubbed the Lenovo Z5, promises half an hour of voice calls even after the battery reaches 0%. Is that an indication that smartphones are not really “off” even after the phone shuts down?

How to locate a lost cell phone that is turned off?

As we mentioned above, the definition of “OFF” matters a lot here. Someone might have taken off the SIM card from the phone but might still be connected to the internet via Wi-Fi. In such cases, there are a couple of options. Let’s go through them one by one.

1. How to track an Android phone that’s switched off? 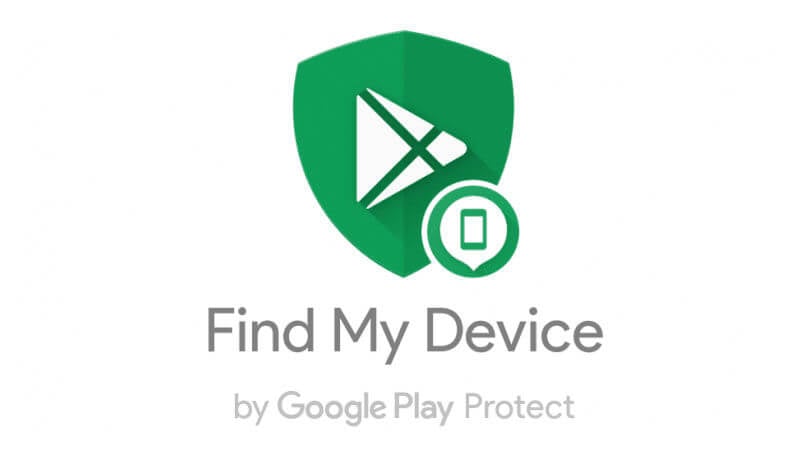 The first step to finding your lost Android phone is by using Google’s Find My Device. Assuming your phone is still connected to the internet and it’s still linked to your Google account, you can visit the Google “Find my Device” page when logged in to your Google account and try to locate your Android device. Worst case, you will find the last connected location.

The other option is to check your Google location history. If your mobile device is still connected to your Google account, you should be able to see where your phone traveled.

Alternatively, if someone who has your phone uses the camera to take photos, it can get synced with your Google Photos account, so keep an eye on that as well.

2. How to locate iPhone that’s turned off? 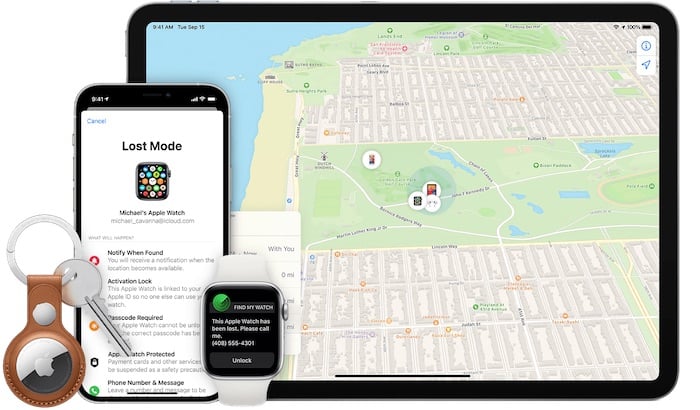 It’s not just Android users who are at risk of losing their phones. iPhones can slip out of your pocket, too. This is a major problem if you rely on your phone for work. For example, you can’t make calls if your phone is unavailable. Fortunately, there are some things you can do if you’re a Mac user. Just use the Find My iPhone feature. However, if your phone is off, you may need to take other steps to ensure that you can retrieve your lost device, if possible.

You can log in to Find My via iCloud either through your other Apple device or with your friend’s iPhone. If your device is turned on, you will be able to see it on the map. If it is off, you can tap on “Lost Mode” so you can see the last known location of your device.

It automatically locks your device when enabled, displays your phone number when a custom message is displayed, and remotely locks it. The Find My app features this mode whereby your location services are turned on remotely so you can find your device.

The other option is, if you are using Google Maps and have turned on the Location History feature, you should be able to find the last tracked location before the phone was switched off. In case you aren’t sure if you had enabled Location History on Google Maps or not, head over to this link, select the date when your iPhone went missing, and check the last tracked location!

So can you track switched off phones?

Technically speaking, an agency like NSA can tweak the firmware of your handsets in order to track them even when they are switched off. Considering how massive the data collection has been by the NSA since the 9/11 attacks, it would be scary to imagine thousands and millions of people being tracked using the above technique. Till now, the leaks have revealed that NSA maintains a huge database of phone calls made by millions of Americans and outsiders, and they do not include location data. But the rate at which the new leaks are emerging should keep the privacy freaks on tenterhooks. 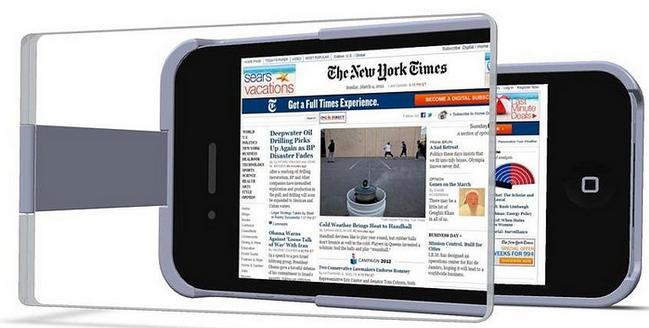 How to Track a Mobile Phone by its Number?
Read More

If you are reading this article AFTER losing your phone, the best option (assuming it’s running Android) is to check your Google Location History. That should give you an idea of where the phone was when it was switched off. With iPhones, you need to check the Find My iPhone option through a web browser or another Apple device and then look for the last recorded location.

FAQs about Tracking Switched Off Phones

Over the years, our readers have been asking questions related to this topic in the comments below and elsewhere. So we will try to answer them in a concise manner below.

As we have reported in great detail above, the police can’t really track a switched-off phone any better than normal citizens would. But they can ask the cellular providers to track (and block) a smartphone based on the IMEI number. That way, assuming the thief has factory reset your phone, the operator can still track it using the IMEI. No operator would do that unless the police or any law enforcement firm ask them to do so.

2. Can you locate a dead phone?

The phone might be switched off, or the battery might have gone dead. It’s all one and the same when it comes to location tracking of a phone. Your best bet is to follow the guide above, depending on the type of phone you have. For example, use Find My if you were using an iPhone or Android Device Manager if you were using an Android phone to see the last tracked location, which will give you the best possible idea of where your phone could be.

We understand that some of the readers visiting this page wonder if phone tracking can be prevented by removing or swapping the SIM cards. The answer is NO. Cellular tracking is just one of the many ways of location tracking. Apps like Google Maps, iCloud have their own device tracking. Police and Mobile operator/service provider can use IMEI tracking to locate the mobile. Even Bluetooth and Wi-Fi can help with location tracking.

4. How to track a stolen phone using WhatsApp?

Of course, WhatsApp is a great way to share and track the physical location of friends and family. But that doesn’t mean one can use it to track a stolen phone (turned off or not). Much like any other location-sharing app, WhatsApp needs you to explicitly share the location with someone you trust. You can’t expect that from a thief for sure. WhatsApp itself suggests you lock your SIM card as soon as your phone is lost or stolen.

5. Can my phone be tracked if location services are off?

This question is related to the question above about removing SIM cards to stop tracking. Turning Location services off will only restrict the tracking using GPS but doesn’t completely turn it off. Moreover, phone location can be tracked using cellular data by a method called triangulation of signals. So, yes, your phone can still be tracked if location services are turned off, assuming other things are still ON.

Was this article helpful?
YesNo
TechPP is supported by our audience. We may earn affiliate commissions from buying links on this site.
Notice: Trying to get property 'ID' of non-object in /home/456014.cloudwaysapps.com/crceghktwq/public_html/wp-content/themes/bricks/includes/elements/code.php(160) : eval()'d code on line 7

Notice: Trying to get property 'ID' of non-object in /home/456014.cloudwaysapps.com/crceghktwq/public_html/wp-content/themes/bricks/includes/elements/code.php(160) : eval()'d code on line 8

Read Next
Can You Track Switched Off Phones? Apparently, NSA Can!
#how to guide #NSA #phone tracking