This is exactly like what we didn’t want it to be. A leaked image shows the upcoming Samsung Galaxy Gear Smartwatch which looks ugly as a toad. The chunky 3-inch wrist-mounted accessory is supposedly a health tracker with a camera as well. Before we get into the details, have a look at this blocky mess, courtesy, VentureBeat. 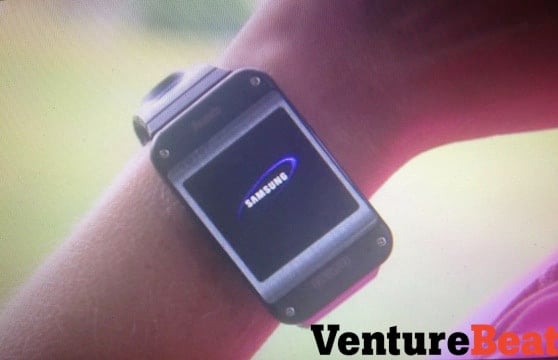 The smartwatch is set to be unveiled on September 4th in Berlin during the pre-event press conference at IFA 2013, along with the Samsung Galaxy Note 3 smartphone. For the past few weeks, we’ve been hearing the rumors and leaks surrounding this smartwatch touted to take on the Kickstarter funded Pebble and yet-to-be-announced Apple iWatch. According to VentureBeat, the leaked images are part of an internal marketing video developed by an independent team working closely with Samsung.

The Galaxy Gear supposedly comes with a 4MP camera, Bluetooth 4.0, WiFi radios and speakers as well. The screen is a whopping 3-inch high-quality OLED display which doubles up as a fitness tracker. The screen is surrounded by large bezels on top and bottom giving it a clunky rectangular look. The camera is built into the strap, and tiny speakers in the clasp. I don’t quiet get the use of a camera on a watch, other than spying on people. 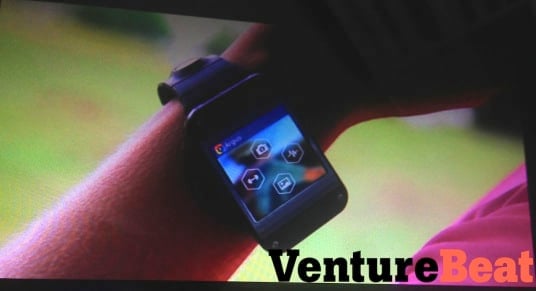 Below are the specs as claimed by VentureBeat:

Galaxy Gear is supposedly powered by a Dual core processor clocked at 1.5GHz, 1GB of RAM and running Android 4.2 Jelly Bean. Though it’s designed to work as a smartphone companion, the Wifi radios in Galaxy Gear help it to function on its own for email, social media and web browsing. It will come with some pre-loaded Android apps as well. This report in sync with what the popular leaker @evleaks tweeted earlier today. 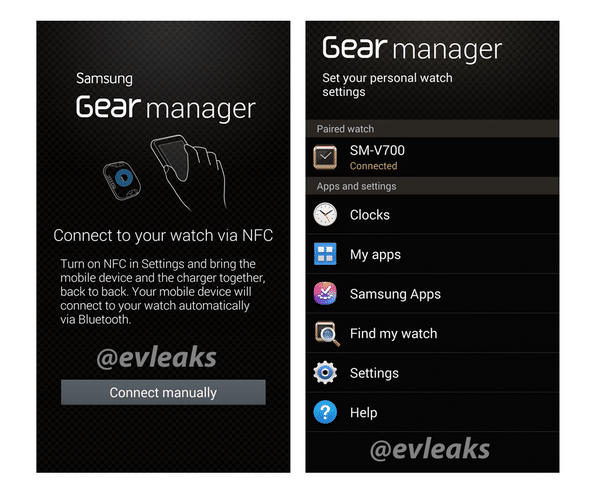 VentureBeat claims that they had a hands-on time with the actual prototype, and there is no reason for us not to trust them. For us, this leak is as good as it can get. It remains to be seen if Gear can connect to any Android smartwatch like Sony’s Smartwatch 2 or just with Samsung’s own handsets. Are you excited about Galaxy Gear? Share your views in the comment section below!

Update: A little comfort comes from Om Malik, who says that the leaked images are that of prototype (like what VentureBeat said) and the actual final version will look more refined. But it’ll still carry the mammoth 3-inch watch-face.

Was this article helpful?
YesNo
TechPP is supported by our audience. We may earn affiliate commissions from buying links on this site.
Read Next
Titan Talk Smartwatch Review: Let’s Talk About It!
#Galaxy Gear #IFA 2013 #samsung #Smartwatch