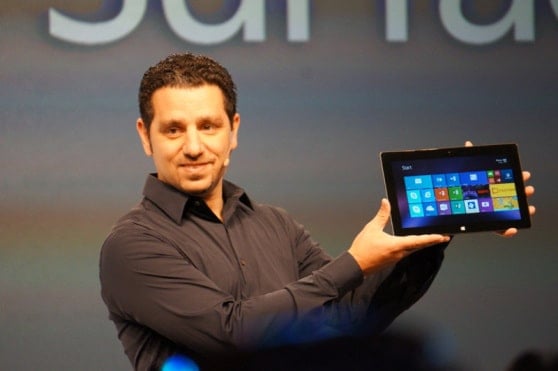 The Surface Pro 2 still carries the 10.6-inch ClearType HD display, but with additional 46% color accuracy. Microsoft claims that Surface Pro 2 is faster than 95% of laptops today, but that’s clearly due to Intel’s Haswell processors inside the VaporMG casing of Surface Pro 2. As we know, Haswell greatly enhances the battery life with its low power requirement while increasing the graphics performance by 50%. The new Docking Station accommodates the Surface Pro 2 with the power cover attached, and is loaded with three USB 2.0 ports, one USB 3.0 port, a mini DisplayPort, ethernet, audio in/out and finally the charging port. 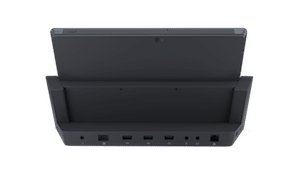 Additionally, Microsoft unveiled a new accessory, the Surface Power Cover which pairs with the Surface Pro 2 to give it 2.5x its standalone battery life. The kickstand too has been improved with better support for viewing angles. Microsoft claims that the change ensures that Surface Pro 2 can actually sit on your lap.

Microsoft Surface Pro 2 certainly looks attractive and ticks off most of the things we wanted Microsoft to do if they intend to make Surface relevant. One huge negative is with regards to the weight. Surface Pro 2 still feels chunky and a little too heavy as a tablet. Also, Surface Pro 2 will cost a whopping $899 for the basic version which comes with 64GB of storage and 4GB of RAM. But with Power Cover and other accessories, it’s as good a laptop as you can get this holiday season.

Was this article helpful?
YesNo
Photo Credits: Venturebeat
TechPP is supported by our audience. We may earn affiliate commissions from buying links on this site.
Read Next
10 Ways to Fix Photos App Not Working in Windows 11 [2022]
#microsoft #Surface Pro #Surface Pro 2