10 Best Chromecast Hacks, Tips and Tricks for Mac and Windows

The latest technology transforms our rooms into a battle ground for the complex/simple, expensive/cheap, but innovative devices that some years ago we couldn’t imagine were possible. Either it’s a gaming console that detects movement in three dimensions or a docking speaker for your latest Apple phone, all of them are very important in the modern world. That’s why, today we will focus on the new Google product, the Chromecast.

In just a couple of months, this device has become a must have for all media-loving geeks from all around the world. Its ability of playing content from YouTube, Hulu, Netflix and Chrome browser without any further setups, made users love it at first sight. Although it’s so fresh in the market, a lot of tricks were discovered and we have curated the best Chromecast hacks in this article. 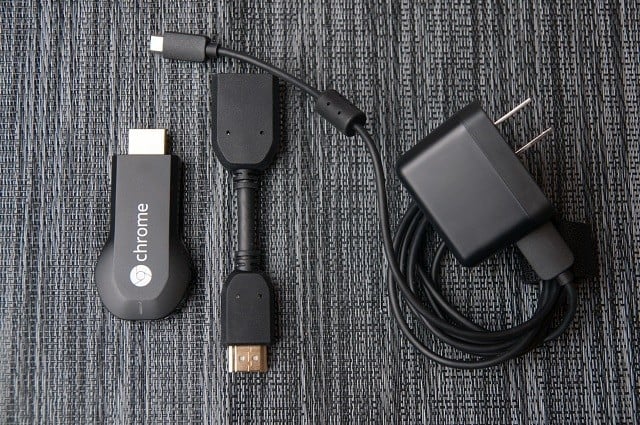 Chromecast was launched by Google on the 24th of July this year and it was sold out in the same day. The cheap price of only $35, the minimalistic aspect (only 2.83 inch – 72 mm), the ability of playing media from computers or mobile devices directly on Smart TVs via Wi-Fi, are just a part of the advantages that made this little TV dongle very attractive to all kind of users.

The device has to be plugged into the TV’s HDMI port and anyone can take control of what’s playing and choose what to watch from their tablet, phone or computer. Note that they have to be connected to the same Wi-Fi network with the Chromecast in order to work. Now here’s what you can actually do with this tiny device:

People have seen that Chromecast is not so dependent of Internet as Google say, because they discovered a way of streaming videos and other compatible files that are stored locally on their computer. This is a great advantage which makes this amazing digital media streaming adapter one step ahead its competitors.

To do this, you have two variants that can be used on both Windows and Mac OS computers. The first one implies that you should write in the Chrome’s address bar “file:///C:/” followed by the path of the file, for Windows, and “file://localhost/Users/yourusername” on a Mac. The other way says that you should press the key combination CTRL + O for Windows or Command + O for Macs.

Don’t forget to press the “Cast” button when the file started playing. For more information about the Google Cast extension go to Chrome Store.

2. Duplicate your PC display on your TV

Not many of you that already bought a Chromecast device know about this thing, but you can actually mirror your entire screen with the help of the Google Cast extension. This feature is still experimental and the audio will not work, but if you want to try it just click on the “Cast” button in Chrome and search in the drop down menu “Cast this tab to…”. From the menu that appeared, click on “Cast entire screen (experimental)”.

Thanks to Plex now you can even watch movies or listen music with your friends from each one’s house without having to own them. With this program your friends can create a server on their Windows or Mac computer and grant you full or limited access to their files.

Run Plex in your Chrome browser and cast it to your TV. It’s good to know that the quality of the streaming doesn’t depend on your Wi-Fi connection or your PC’s capabilities, but on your friend’s server and network.

When you stream music from your computer or mobile device to your TV via Chromecast a fast internet connection is not necessary, but when you want to do the same thing but with a movie there’s another story. In this case, it’s vital to have the best experience and enjoy the movie without any lags and it all depends on the strength of you wireless router and the power of your device from which you are streaming.

Another big issue is that high-quality movies occupy a lot of storage and moving all that data through a slow wireless connection will only make matters worse. That’s why you should adjust the settings so that you will enjoy the best experience when using you Chromecast device. Follow the next simple guide to discover how to do it:

Note that you will lose a little quality, but in the end everything is worth because you will enjoy a much more smother playback. 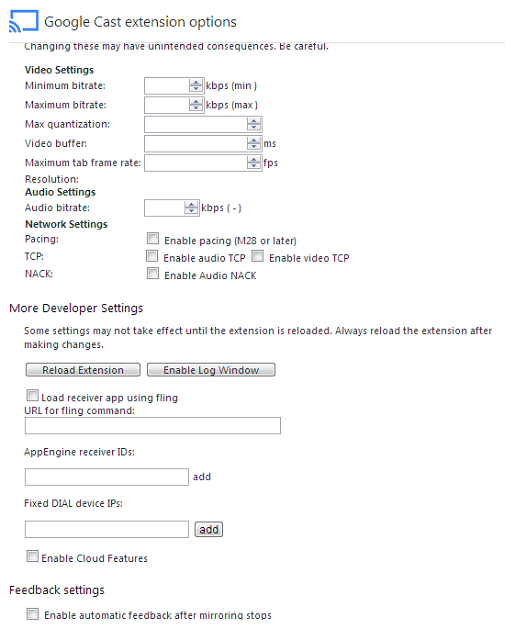 The standard settings aren’t enough for you and you want more to tweak? You’ve came to the right place, because here we will explain how to add some extra streaming settings to your Chromecast extension:

6. Keep full-screen video when surfing on the Web

When you stream a movie from your phone or tablet you are free to close the app and use the device for other things in the same time, but when you do the exact thing from a computer you have to keep the video in full-screen in Chrome in order to have the same aspect on your TV.

Fortunately, there is a way to keep the full-screen aspect and to surf on the Internet in the same time. All you have to do is to press the ALT + TAB combination when the video is playing in full-screen mode. To get back to the full-screen video on your computer too, just minimize the tab when you finished browsing.

On Mac OS you will have to press the key combination Command + Tab, select the Finder application, go to the dock and search for the Chrome icon. When you find it, right-click on the icon, press “Hide” and from this moment on you will be able to stream in a full-screen aspect on your TV while performing other tasks on your Mac.

Having problems with your TV dongle? The first thing you should do is to reset the device to its factory settings and there are two ways to do this. Either from the Chromecast application where you have to select the FDR option under “Settings” or “Menu” or manually by holding down the button on your Chromecast for more than 25 seconds (until the little LED starts flashing).

8. Use TeamViewer as a Remote Control 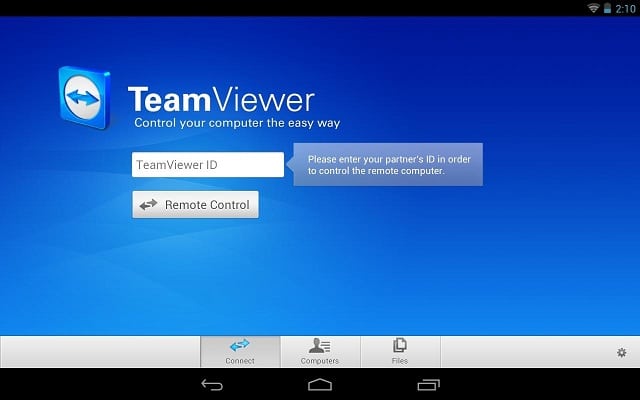 If you have a computer in the other room that is connected to the same local network with your phone or tablet and Chromecast, you could use one of the mobile devices to launch a video from your computer’s Chrome browser. How to do it? It’s very simple because there is an app, TeamViewer for Remote Control, which was especially designed to act as a remote control.

The first thing that you have to do is to install the app on your mobile device, either it’s an Android, iOS or Windows Phone device, and start it. Now, when the computer’s screen is directly transposed on your device’s display, go to Chrome and browse to the preferred video. When the movie is ready, press the “Cast” button from your Chrome. Now you are able to exit the TeamViewer app from your mobile device and use it for other things. Don’t forget to turn your PC’s audio off, before starting the streaming.

If you own a better sound system than the one that your smart TV is equipped with, then you’ll be disappointed to discover that Chromecast has only a HDMI port. Fortunately, not everything is lost, because there are some devices on the market that can help you, like a HDMI audio extractor. This device is able to split the video and audio in separate pieces so that users could be able to use different devices for each one of them. A good HDMI audio extractor is around $40.

When the device isn’t streaming anything, it shows some gorgeous wallpapers on the TV screen with some text that says that Chromecast is ready to cast. A user from the XDA Developers forum gathered all of pictures and put them into a ZIP archive, so that everybody who want them can easily download them.