The Chinese company is on a roll these days. Lenovo, the world’s No.1 PC maker has now displaced LG Mobiles as the world’s No.3 Smartphone maker, as per the latest data released by Gartner. This comes as a big surprise for many, who were thinking LG to come back strong after decent opening for their latest smartphone, the LG G2 and continued association with Google for the Nexus line of handsets. 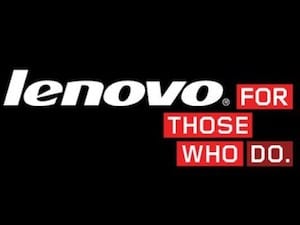 While Samsung and Apple continue to rule the smartphone world, with 32.1% and 12.1% market share respectively, Lenovo has blazed past LG with 5.1% market share as compared to 4.8% for the other Korean giant. As per the report released by Gartner, there were more than Out455 million smartphones shipped in Q3 of 2013, and Lenovo accounted for 12.9 million units, up 84.5 percent year-on-year. Lenovo continues to sell well in Chinese markets, and has only now set its eyes outside Asia-Pacific.

On a related note, at a press event held in Bangalore, Amar Babu, the Managing Director at Lenovo India spoke in detail about Lenovo’s continued change in focus with their “PC Plus” strategy. Lenovo realizes that PC market is on a downhill, and they need to concentrate beyond the PC space to continue their success. Lenovo has managed to outpace PC market growth for 18 successive quarters now, and has managed to displace HP from the top. Unlike HP & Dell, Lenovo has managed to get their smartphone & tablet game right, at least in Chinese market, and now look to make considerable impact elsewhere.

Other important notes from Gartner report

Never Settling on Premium: Is OnePlus returning to its…
[The App Blog] Flippin' hell! Is Flipboard set to become…
Vaccine for 18-44: Get Alerted When COVID-19 Vaccine Doses…
Tiitan Intelligent Charger Review: Is this what portable…
[First Cut] Asus ROG Phone II: The Best of the Smartphone…
OnePlus 8 and iPhone SE: An upside down smartphone world?