The internet is written in ink and not pencil. That’s what Erica Albright told Mark Zuckerberg in the movie The Social Network. If you follow the timeline of that movie, she almost got all her facts right. But things have changed since, as with most of the medicines, a lot of things you share on the interweb too come or could come with an expiry date.

There could be any number of happenstance where you would prefer your messages to get deleted once it has accomplished what it was supposed to do. Whether it’s about sharing a confidential information, or is it part of a promotion that will have no point of existence after a specific period of time, self-destruction has become a very handy feature in our everyday life. We have made a list of some of the best self-destructing services down below. 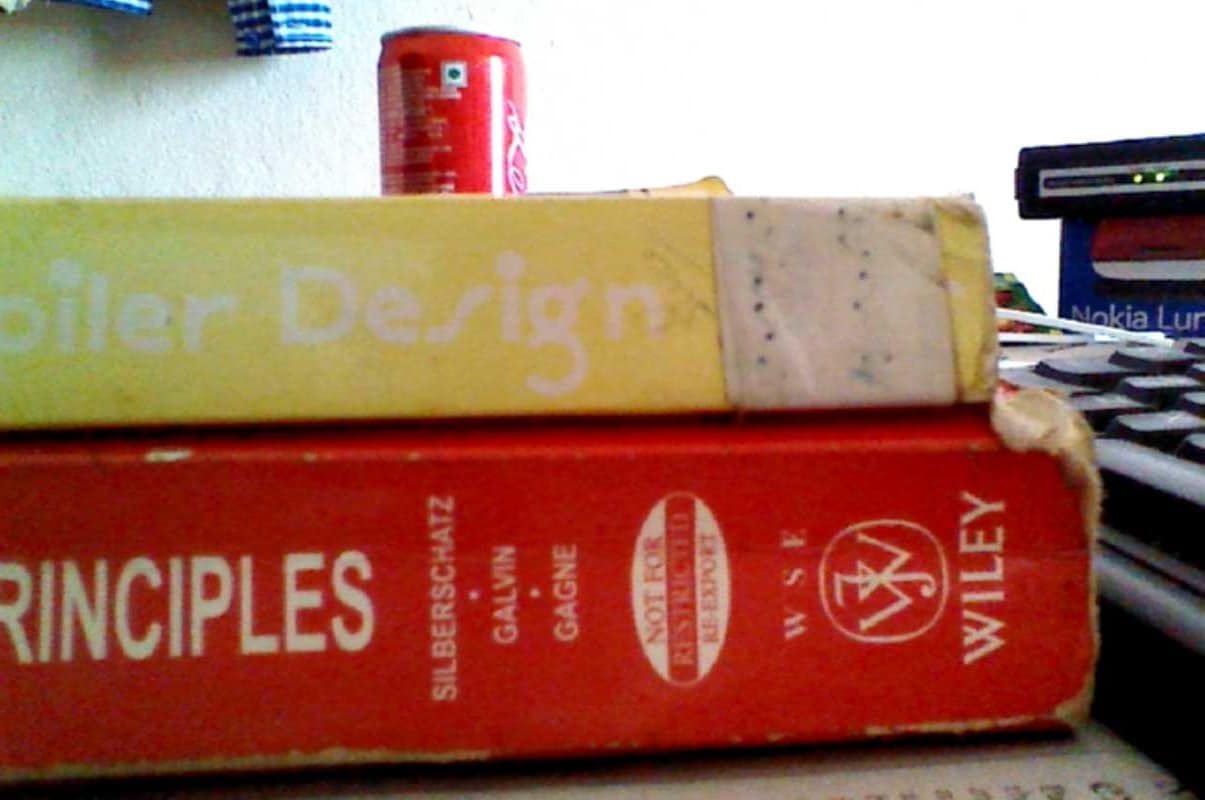 Snapchat is an instant image and video messaging app available on iOS and Android that lets people share photos with their friends. Every snap shared can only last for about 10 seconds or less. This time limitation feature has made this app very popular and gained it millions of users. If you want to send snaps and videos to your friend, and prefer the content to disappear quickly, Snapchat is a nice bet.

Putting a time limitation to texts has gained quite a buzz over past few months. As a result, there are many messenger apps boasting such feature available on smartphones. 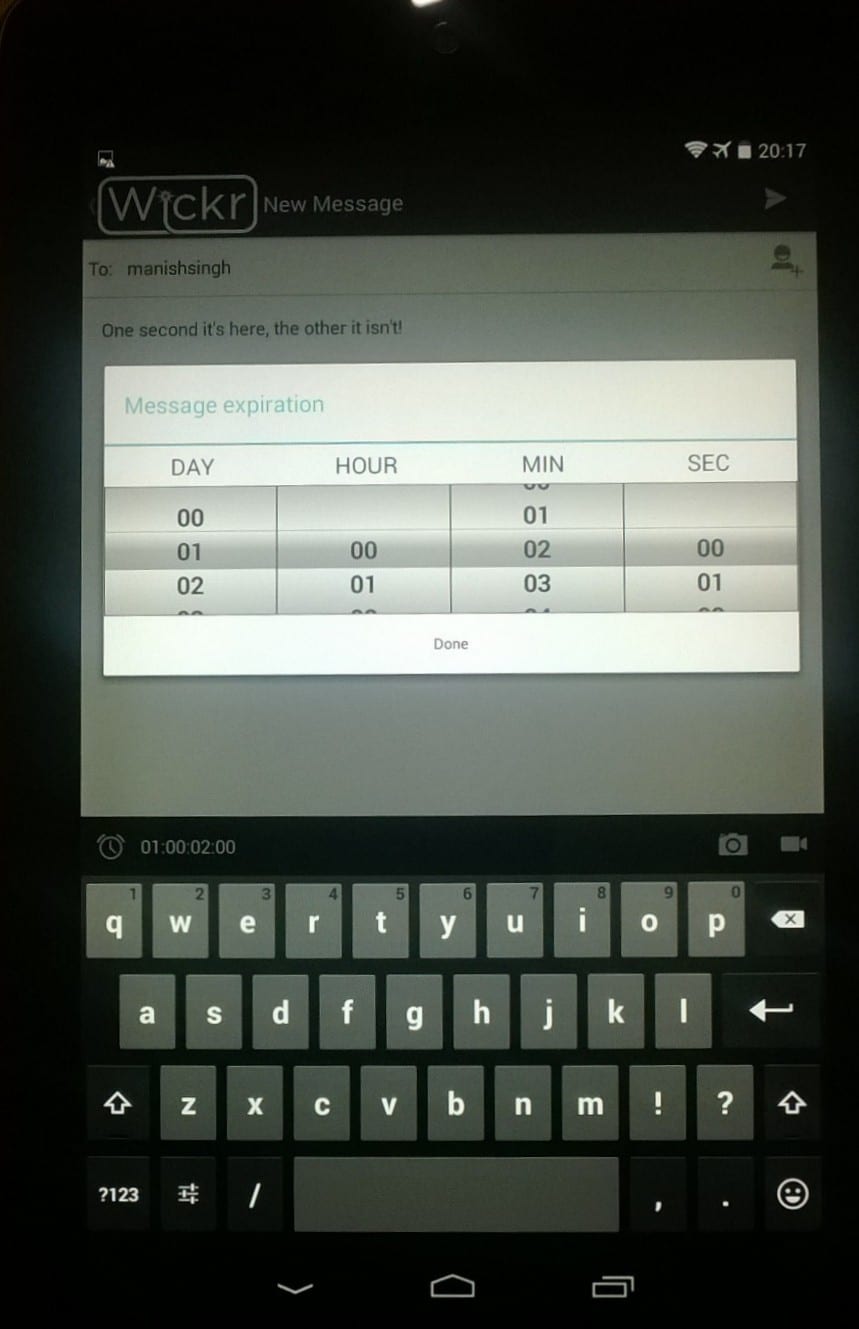 One such app is Wickr. It is available on both Android and iOS, and lets you set the life expectancy of your messages. Wickr promises high level encryption which is running behind the curtain to protect your conversation from any eavesdropping. The app offers support for text, image and video content as well. Unlike Snapchat, recipient in this case won’t be able to take screenshots of the conversation, which is really a very nice feature.

A nice alternative to Wickr is Frankly Messenger. Much like the former, it also offers more or less the same functionality and it too blocks the built-in screenshot taking utility from capturing your conversation. You may also give Ansa a try.

Send notes that will self-destruct

Privnote is a nice web-service that will inform you and delete the message as soon as it has been read. Its web user interface is quite simple, and everything is pretty self-explanatory. You write a note (it could be as long as you want), press on the create link button once you are done and send that link to your friend. Once the message has been read, your friend won’t be able to open that link again. You can also get an email notification as and when the email gets read. 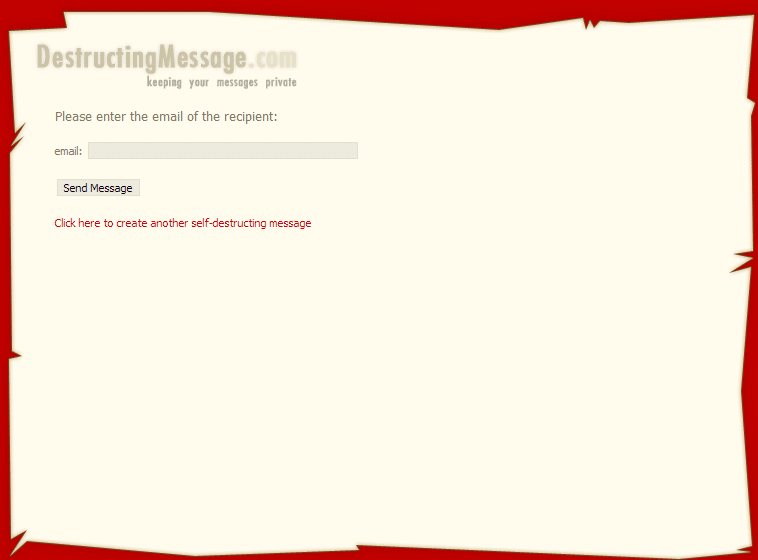 A nice alternative is DestructingMessage.com. Not only does it delete the message once it is read, but it features a count-down timer as well. In addition, it also lets you send over those links via emails. 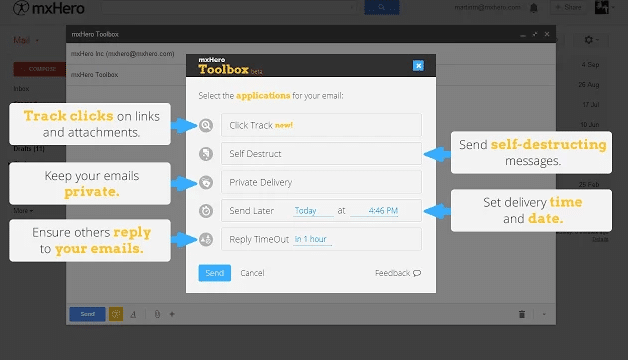 mxHero Toolbox is a Chrome extension that adds tons of features to Gmail. One such feature converts the text content of your email into an image, making it hard for the recipient to copy it. Within next five minutes, the email too vaporizes. 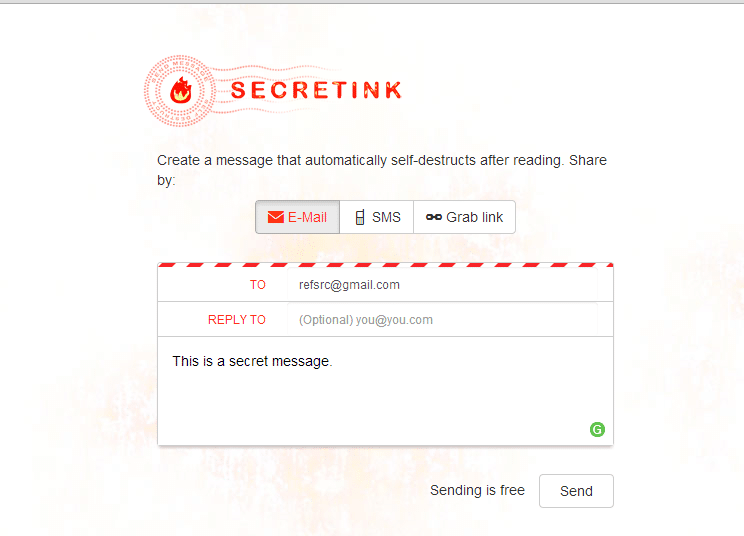 SecretInk is another nice alternative that can let you send such emails. It was launched just last month, but has gained quite a name due to its amazing features. In addition to impermanent emails, it also lets you send temporary SMS and web-links. Once the specified time frame is over, the message either disappears or becomes inaccessible.

A powerful alternative to send time limited text messages to phones is Tigertext. Similarly, QuickForget will let you make time and views limited web-links. Once either of the parameters has taken its course, the web-link containing your message will expire.

Secret.li is an iOS app that lets you have better controls over your Facebook photos. Not only can you decide the people who are allowed to view your photo, but also set a time frame after which the image will delete itself. Sadly, there is no Android version of it available yet, but don’t be disheartened as it will be arriving shortly. 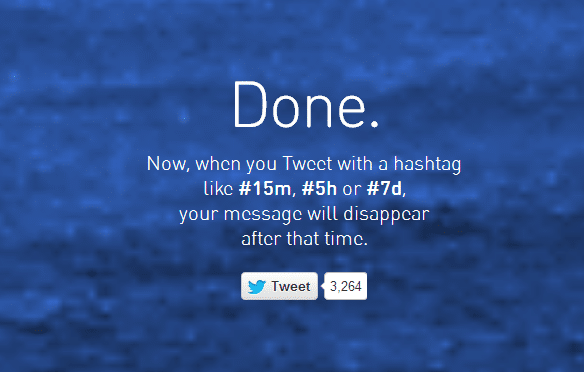 TwitterSpirit is a handy web service that lets you send time limited tweets. There is any number of instances when you would rather send a time limited tweet, one example is sending a promotion tweets, which usually don’t have any use after a specific time. Once you have granted the aforementioned service access to your account, it will monitor your tweets for a specific hashtag. If you use the hashtag #10m, or #10h, #10d, the tweet will delete itself after 10 minutes, 10 hours, and 10 days respectively. 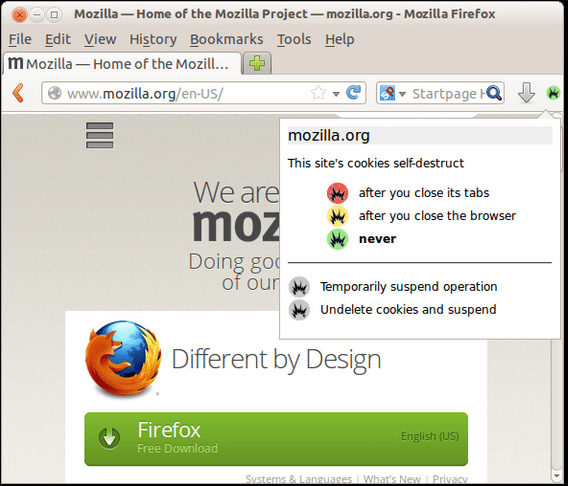 We all know that cookies store our browsing session information in them. Self-destructing cookies is an add-on available on Firefox that deletes all the site’s and local-storage cookies as soon as you close its tab.

2 Best Methods for Private Browsing on iPhone
Read Next