It happens as regularly as the seasons do every year. Even as most people talk about how games on mobile devices are approaching console quality in graphics and gameplay, along comes a game that seems shockingly simple. But still becomes a rage. It happened with the likes of Angry Birds, Cut the Rope, Temple Run and Candy Crush Saga, and the latest to join the “simple, but spectacularly popular” game brigade is the quaintly named Flappy Bird, which actually was released last year (for iOS, that is; it came on Android a few days ago) but has suddenly become a phenomenon, much to the bemusement of many. 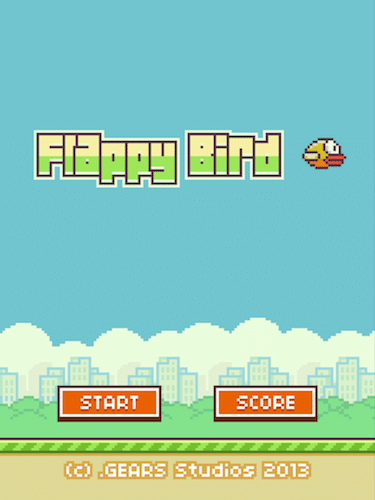 It may be free and a mere 894 KB download on our Nexus 4 (when was the last time we downloaded a mobile game THAT light?) and a 2.4 MB one on our iPad mini, but we are going to put it on record – Flappy Bird is one of the most difficult and infuriating games we have played. And this, when on the surface, it is shockingly simple – you have to keep tapping the screen to keep a small bird in the air and help it get through a tricky path, between some obstacles, and the further you get, the better your score. The graphics are those of a super basic 2D sidescroller.

Seems simple enough? Hah! Wait until you actually try doing it. The first attempt of six of our friends – and our own, we must admit – ended within a couple of seconds, literally with our first tap. The faster you tap the display, the higher the bird flies, slow down the tapping and it flies lower, pause or hit a barrier, and it sinks beak-first into the ground and it’s game over. There are no second tries, no special boosters, no potions, no option to start from where you left (or rather, fell) off. It all boils down to the intensity with which you tap the display – and as the gaps through which you have to maneuver the bird are at different heights, the intensity of your tapping the screen has to keep changing.

It is incredibly tough – none of my friends who have been playing it for close to a week have got past ten obstacles and I know just two have got past five. And yet, it is so easy to play that people go back to it again and again. 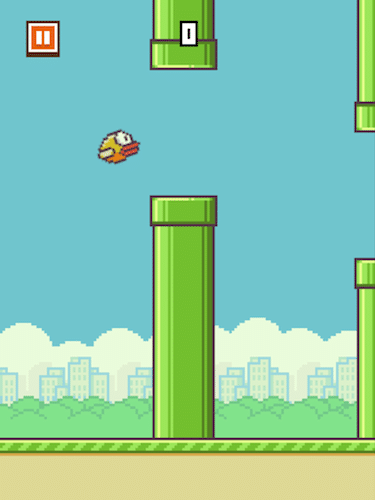 And lurking in there is perhaps some sort of lesson for us all – that gameplay and ease of use will time and again stump “cutting edge graphics and effects.” There is a lot wrong with Flappy Bird – it is difficult, repetitive, it has ads on the screen (no in-app purchases) and its graphics and sound effects are from another century. Yet, there are thousands of people tapping away on their Android and iOS devices, trying to keep that bird going past yet another barrier. Because well, it is so simple and yet so challenging. Worth a thought, wethinks.

Now, if you will excuse us, we have a bird to save. And a screen to tap.

Top 15 Addictive Casual Games For iOS
Got iOS 13? Try out these Ten simple features!
Like the 3.5 mm audio jack, the power adapter is not…
OnePlus Watch Review: Not quite settled yet
[Tech Ad-Ons] iPhone 11 Pro: Efficient, effective...and yet…
The Galaxy Note Ain’t Dead Yet!