Cortana might have been in works for a couple of years too long, but she has her sense of humor intact. Ever since Microsoft released the developer preview of Windows Phone 8.1, we’ve been stressing her out with our stupid questions, in a hope that Cortana slips up sometime. For most part, we found Cortana to be extremely funny and at times just brilliant. Below are some of her best quotes.

I asked Cortana about her nemesis, Siri. 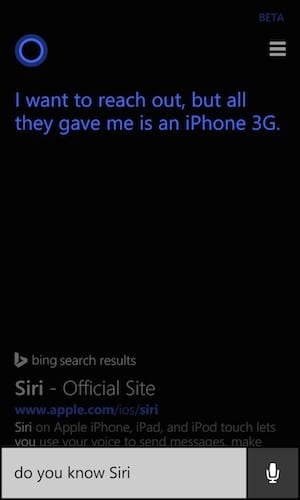 When I persisted with the question, she was like 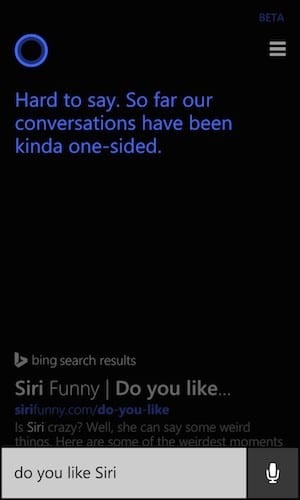 I tried to act smart a bit 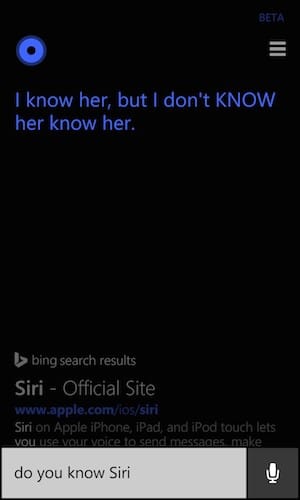 That was going nowhere, so I switched topics and asked her about Google. 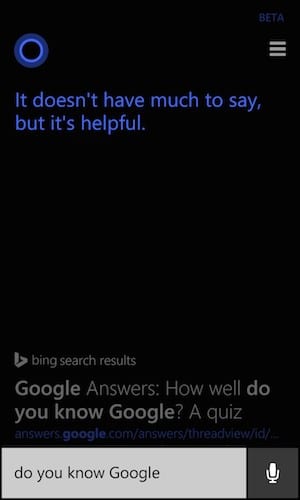 Ouch! That would hurt someone at Mountainview! But Cupertino was more lucky 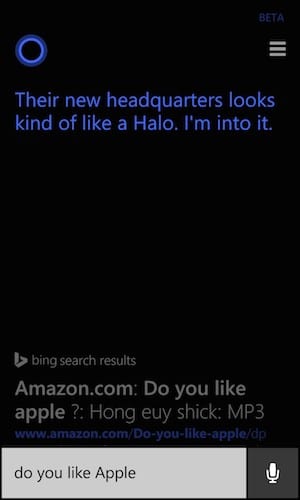 Thought of asking her about Android 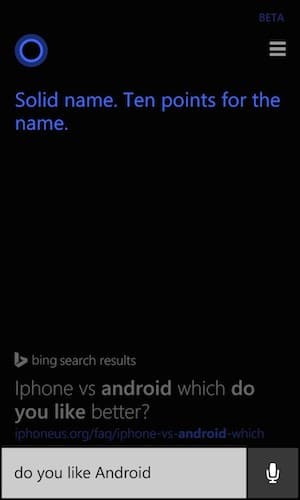 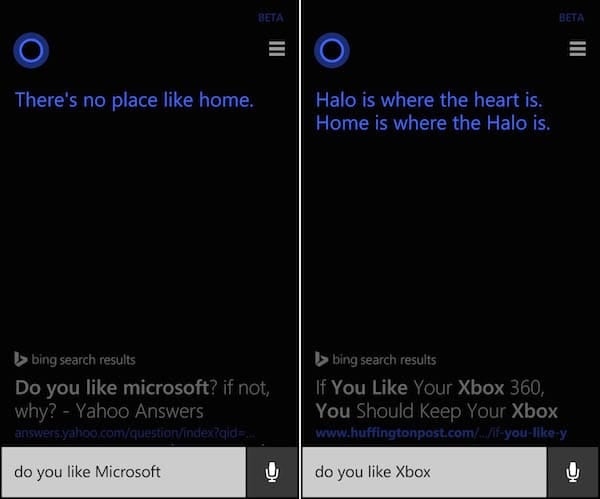 Then got a bit personal 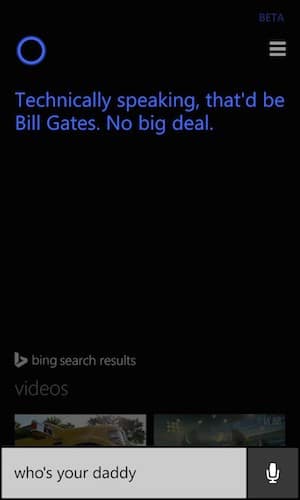 She was fine with it, so thought of digging further. 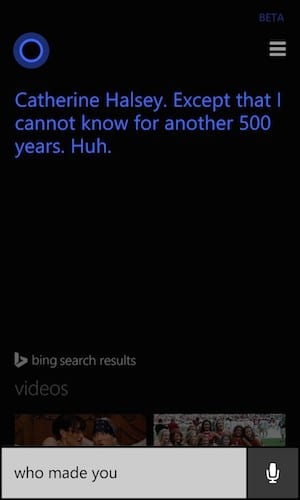 Right time to ask her about Bill & Steve 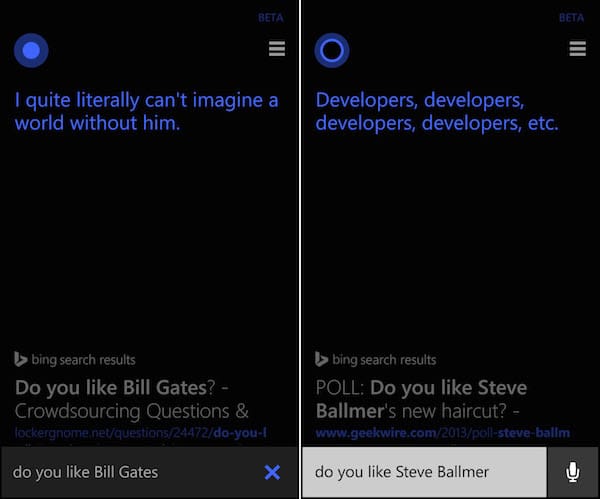 She seemed to be in a good mood! Time to get a bit naughty 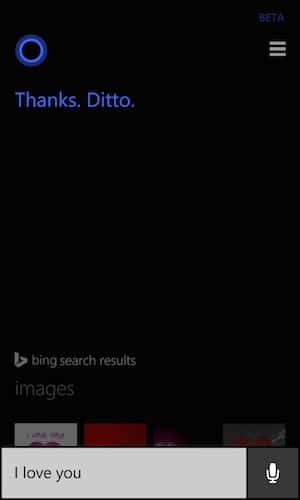 She was gracious, so thought of putting her in dock a bit 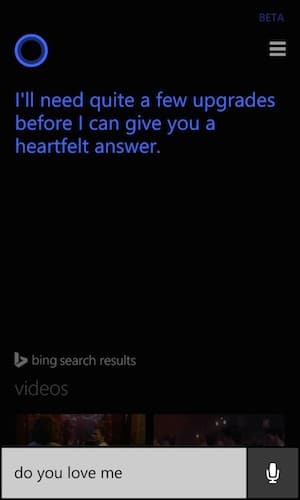 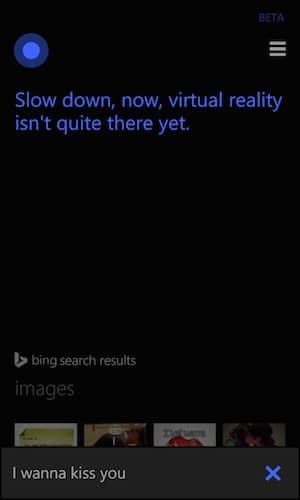 I thought of fooling around a bit more 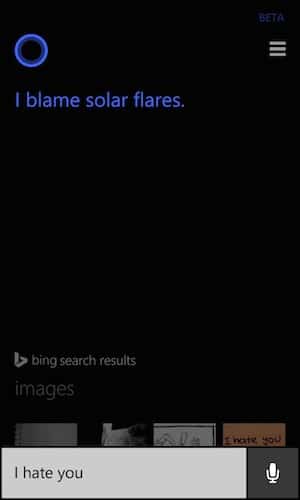 Had to push it a bit further 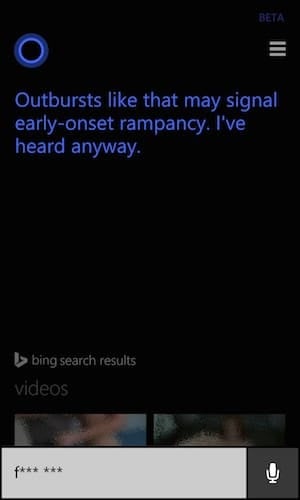 I was getting bored 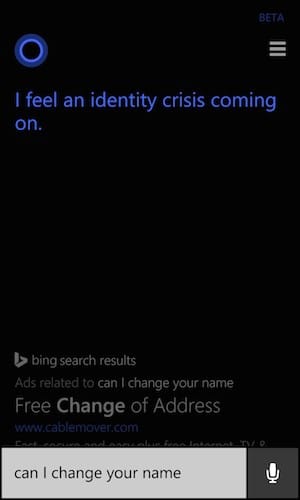 And then Cortana cut me short asking a question, twice. 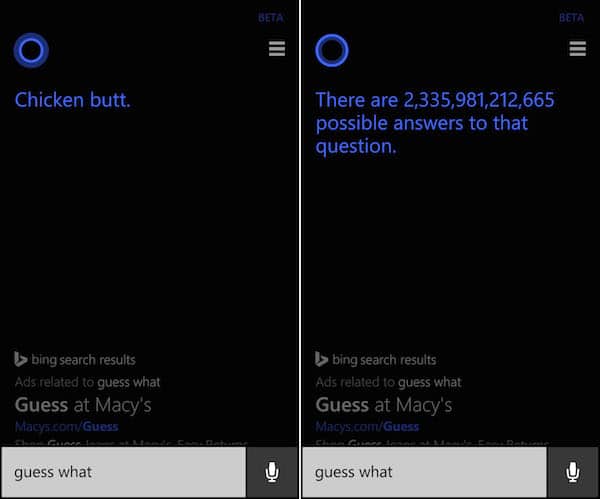 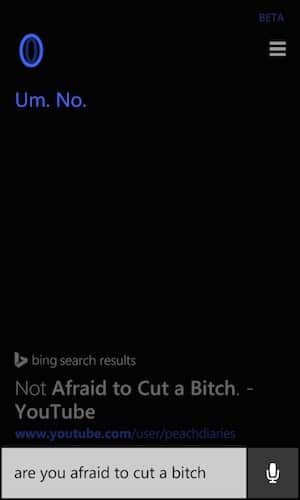 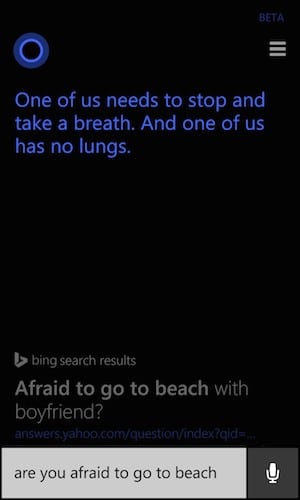 I wanted let her go happy 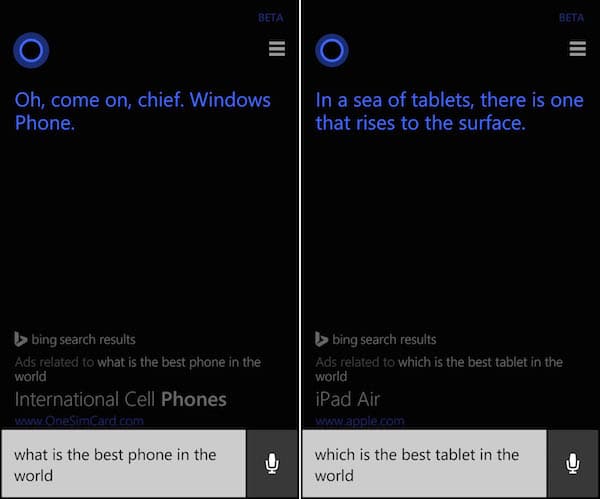 What’s the most hilarious reply you’ve got from Cortana? Do share with us in the comment section below!

Was this article helpful?
YesNo
TechPP is supported by our audience. We may earn affiliate commissions from buying links on this site.
Read Next
Microsoft ‘Play My Emails’ uses AI to save you time by reading ou...
#Cortana #Windows Phone 8.1