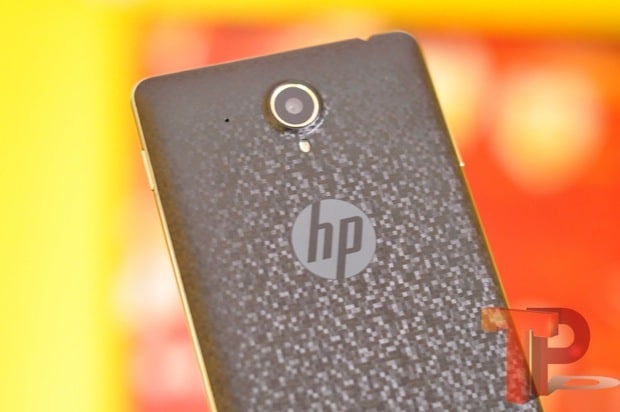 HP, the erstwhile market leader in PCs, has jumped back into the mobile race with an oddly pitched device. Two years after it shut down webOS, HP is testing waters again in the mobile segment with a couple of Android based phablets, the HP Slate 6 VoiceTab and HP Slate 7 VoiceTab. As the name suggests, HP isn’t ready to call them phablets, but rather, they want to pitch them as tablets capable of making calls. These two devices are launched in India to start with, and are created keeping in mind the needs of customers in developing markets.

Today, we’ll be reviewing the HP Slate 6 VoiceTab, which is a phablet with a big 6-inch screen and some decent specs (which we will be talking about a little later). Of late, we have seen a huge surge of big screened phones in markets like India and China. So how well does HP’s take on phablets fare against the competition in this extremely crowded market? Let’s find out. 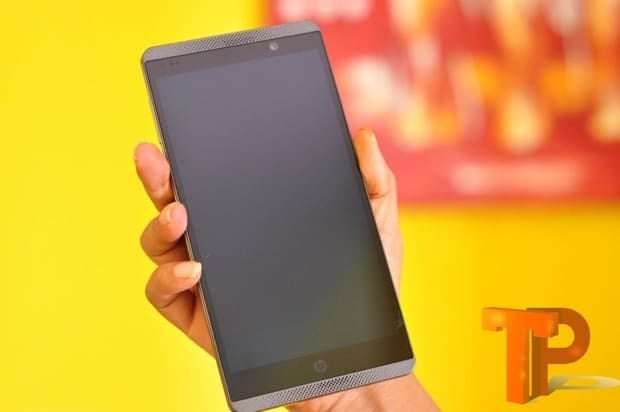 It’s a challenge to get the design of a phablet right. Considering the HP Slate 6 carries a rather big screen, we must say that HP has done some good job with the design. When you first hold the device, you’d feel it’s rather light for its size. The phone is just around 9mm thick which helps a lot in gripping a big phone like this. The back cover design is catchy and reminiscent of Nexus 4’s design, although, the Slate 6 comes with a plastic back with matte finish. There’s a golden frame which goes around the sides of the body and also surrounds the camera lens. This gives a premium look and feel for the device.

But the build quality as a whole leaves a lot to be desired. There’s a lot of rattling and moving around of the body parts, possibly due to the loose back cover. This could have been completely avoided.

The front of the device looks stunning as well. It has a dark slate grey look with very thin bezels on the sides. The 6-inch screen has a resolution of 1280×720 with 245 pixels per inch. That might sound pretty bad, but the display is pretty decent. The IPS display has nice viewing angles with crisp text rendering and color reproduction, but fares badly under direct sunlight. It’s a great device for multimedia consumption. 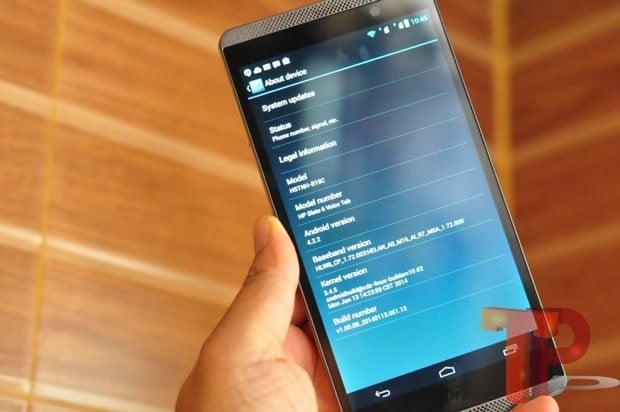 The HP Slate 6 is powered by a 1.2GHz Marvell PXA1088 quad-core processor and 1GB of RAM. It comes with 16GB of internal storage, with an option to extend through the microSD card. There’s a 5MP camera at the rear and a 2MP camera on the front. 3000mAh (removable) battery looks huge, but that’s pretty much a par spec considering it needs to power a 6-inch screen. The device runs Android 4.2.2 JellyBean and supports Dual-SIM.

So far so good with the design and hardware specifications on paper. But performance is its Achilles heel. Considering it’s running a quad-core processor along with near-stock Android, we were expecting to see a lag-free performance. Unfortunately, we were let down by the overall responsiveness. The lag isn’t visible while navigating through the homescreen or app drawer, but once you access the multi-tasking screen, it becomes apparent. You can feel the lag while switching between apps or while accessing the keyboard. But these are not hardware related, so we hope that HP addresses and fix them in their future updates.

HP Slate 6 handled casual games like Candy Crush Saga and Subway Surfers with ease. Thanks to the big 6-inch screen, it was a pleasurable experience to play games on this device. But once we threw the big boys like Asphalt 8 or Riptide GP2, it started to struggle. There were apparent lags while playing these games with maximum graphics settings, which is sort of related to the SoC which powers the device. The HP Slate 6 doesn’t run on either Qualcomm or Mediatek, but a relatively unknown Marvell PXA1088.

The real USP of HP Slate 6 is its video player. It played almost any video file we threw at it without breaking a sweat. There were no skipping of frames or artefacting, which was a pleasant surprise for us. The big 6-inch screen was a delight to watch movies on, with earphones i.e, as the loud speakers weren’t loud and crisp enough. We need to specify here that HP doesn’t ship the earphones along with Slate 6 VoiceTab. 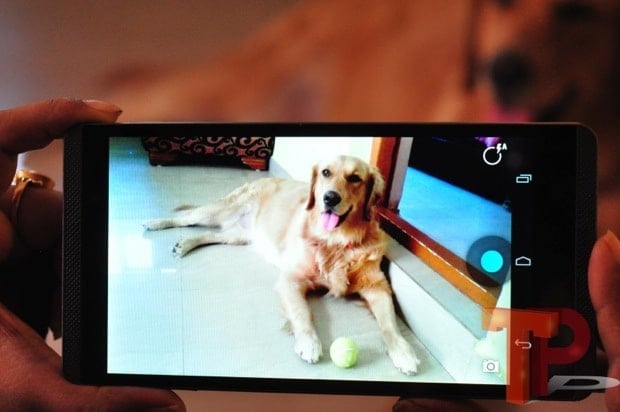 All this while if you were wondering why HP chose to call this a tablet which can make phone calls, you need to use the camera once. The HP Slate 6 carries a camera of a tablet. It works decently well under good lighting conditions, but is almost unusable under low light. The photos shot in daylight lack color details, while the ones shot at night are full of noise, in spite of LED flash being present. The video performance mimics photo performance. Both the front & rear cameras are capable of shooting in 720p.

The HP Slate 6 VoiceTab comes with a 3000mAh battery capable of giving a day-long battery life with medium to low usage. We could easily get through a day’s usage with little bit of browsing, a few calls and gaming. But with some heavy usage, expect it to last for around 12 hours, which isn’t great, but decent enough. 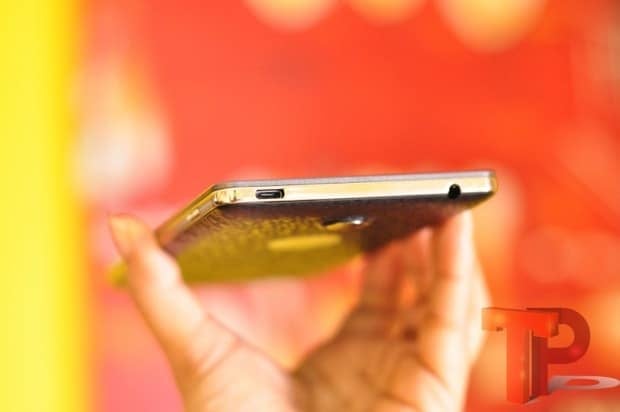 HP has priced the Slate 6 VoiceTab at Rs.22,990. That’s grossly overpriced for a phone like this. But then, one can actually buy it for as low as Rs.16,990 on Amazon which makes it much more competitive. There are some performance issues, some of which can be fixed by firmware updates. If you’re in the market for a smartphone, there are surely some better options which can provide better performance with similar specs, but if you are looking for an all-in-one device, which can act like a tablet while letting you make calls, then HP Slate 6 (or even HP Slate 7) can be in your shortlist.

Was this article helpful?
YesNo
TechPP is supported by our audience. We may earn affiliate commissions from buying links on this site.
Read Next
HP Chromebook X360 Review: A lightweight weapon for Web Warriors
#hp #HP Slate 6 #Phablet