It was quite a shock for many when Facebook announced that they would acquire messaging service WhatsApp for a staggering amount of $19 billion. In a previous story that we did, we analyzed some more crazy number underneath this mega-deal and now it’s time to talk about another important milestone – WhatsApp now has 500 million users across the entire world. And, according to their blog post, all of them are active. 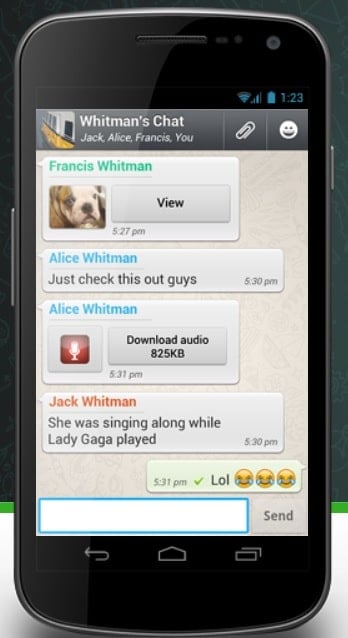 In the previous month, it was reported that there were around 450 million monthly active users globally and more than 320 million daily. For the past few months, WhatsApp has seen fast growth in countries like Brazil, India, Mexico, and Russia. As a matter of fact, there are now more than 48 million monthly active users in India, but a complete statistic on total users per country hasn’t been provided. India also represents the country with the biggest number of WhatsApp users.

WhatsApp also informs that more than 700 million photos and 100 million videos are being shared daily. The next big feature that WhatsApp users are looking forward to is support for free voice calls. WhatsApp CEO said at the Mobile World Congress that it will be made available in the near future, summer being the most probable release date. Now the bright minds over at WhatsApp seem to be focused on maintaining the app simple and straightforward. Jan Koum also said that users are getting more savvy and that’s why they choose WhatsApp over other similar products:

I worry about how to offer a competitive set of features without making the UI difficult, the user experience worse, the application bloated. These screens are small. There’s a limited amount of memory and bandwidth. It’s just all about focus.

There’s not enough money and not enough celebrities in the world to convince people to use a shitty product. People are so savvy these days. People expect a good user experience.

Despite being probably the most known messaging service in the world, WhatsApp is losing ground to its competitors in some countries. Line is said to has more active users than WhatsApp in Japan, Thailand and Taiwan, KakaoTalk has more in Korea and WeChat surpasses the service in China. But as WhatsApp is increasing its reach across the world, many are wondering what will be their choice for further monetization of the service.

But it seems that they will keep on relying on the subscription model, since the CEO is strongly opposed to the idea of placing advertisements in WhatsApp because it would “interrupt communication”. When Facebook’s CEO talked about the WhatsApp acquisition, he said that he thinks the company has the potential to reach 1 billion users. And it seems that they’re halfway there already.

What we think of this
It’s unbelievable to see WhatsApp grow so fast and I am almost sure that they will reach the next 500 million users in less than 3 years, and that’s thanks to the free voice calling feature
Was this article helpful?
YesNo
TechPP is supported by our audience. We may earn affiliate commissions from buying links on this site.
Read Next
10 Ways to Fix WhatsApp Calls Not Ringing When Phone Is Locked
#WhatsApp