Those of us who are true book lovers probably can’t stop reading at any time. Whether they’re at home, stuck in a train or on a place, using public transport, waiting in the line at the doctor’s, or laying on the grass in the park, readers love to read. Although an application would never be able to replace our book collections, a tool that makes reading possible anywhere and everywhere is certainly great. Some of us use them on our iPhones, some others have a Windows Phone, an Android one, or a BlackBerry – this article is going to sum up the best apps for all of these phones. 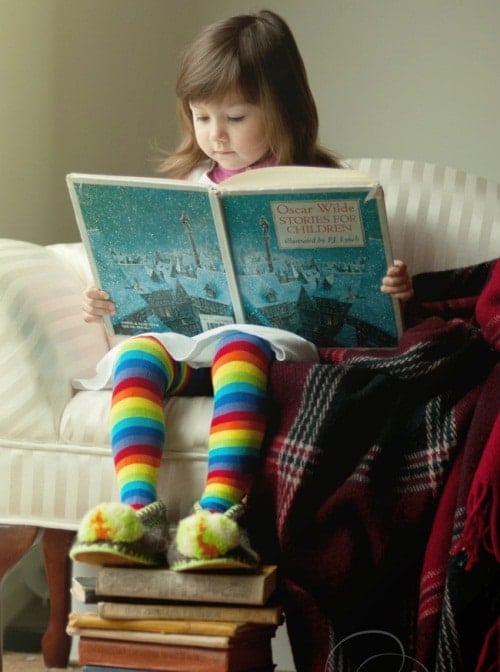 Who doesn’t know the website called Good Reads? It’s a very useful one that recently turned into a sort of social network for reader – it allows them to share recommendations, rate their books, add some to their wish-list, and so on. It also enables users to look for interesting books by genre, and join communities of their own interest.

The app called GoodReads works in a similar way, by letting you share and discovered new books. Some of its most important features are getting recommendations based on your preference, barcode scanner, the want-to-read list, joining book clubs, participating in reading challenges, while you can also read eBooks for free.

The 18.3 MB app can be installed for free, choosing from the available languages: English and Italian. In order to use this tool, you need to have Android OS v1.5 or newer, while it also works on iOS v5.0 or later. It’s also compatible with iPads and the iPod touch. 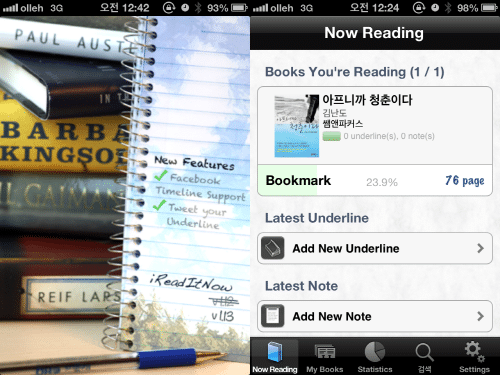 Part of the iOS-only applications, iReadItNow is one of the most interesting book-related tools available in the iTunes Store. It’s meant for those who tend to read daily, and need to manage their reading life – it lets you archive all that you read, but also what you don’t read or would like to read in the near future. Similarly, it allows you to add notes to your books, while you can also share what you read on Twitter or Facebook.

Primarily trying to help enhance productivity of the reader, this app is free for its basic features, but the premium membership can be bought for $2.99 each year. The app requires iOS 6.0 and is also compatible with iPod touch and iPad.

Another app for those who own an iPhone, iPad or iPod touch is iBooks – a free tool from Apple. It has a rich database of books that you can download and read, while it comes in English, French, Arabic, Thai, Spanish, etc.

With iBooks, you can find your favorite books, read them in full-screen, adapt the resolution for better reading, and share your thoughts on the reading on most social networks. Using iCloud features, the app also enables you to store, organize the books into collections, keep bookmarks, and add notes.

If you’d like to download the 31.3 MB app on iTunes, you need to be using version 7.0 or a newer one of the iOS operating system. It’s also optimized for iPhone 5, while you need and Apple ID, and an internet connection in order to download anything from the iBooks Store. 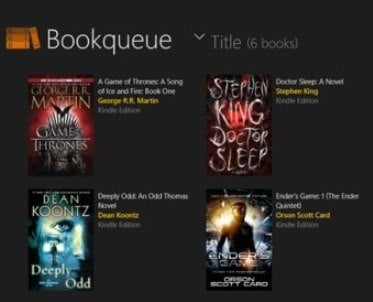 For those who use a Windows Phone, Bookqueue is a free and very easy to use application. Also very basic, this one helps you create a queue of the books you’d like to read in the future. While you might be busy reading another book at the moment, whatever you heard of from someone else will be added to the app for later reference.

Created by Torben Pedersen, this tool also comes with voice search, enabling you to easily look for one of the books you’re interested in. You can also scan bar codes as a way of finding your favorite book. Once you’re done with your current reading, you can purchase the next one in the queue.

Social Reads in the Windows Phone version of the Good Reads application. Easily turning into your reading partner, this tool lets you explore books, download your preferred ones, edit bookshelves, manage your collection, while you can also read reviews from other users.

One of its important features is the fact that it lets you scan books by their ISBN code, so that you can add them to different virtual bookshelves very easily. It works with v7.5 or a later version of this OS, and it can be installed in English, French, or Portuguese. 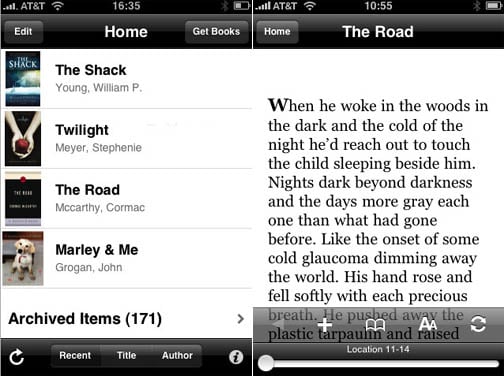 Amazon Kindle has been specially designed for iPhones, while it also works on iPads and your iPhone touch. It’s a free app that requires iOS 6.0 or a later version, and it comes in English, French, Chinese, Italian, German, etc.

This application lets users read books, as well as magazines and newspapers on a user-friendly interface. There are over 1,500,000 books to choose from in the virtual bookshelves at Amazon, and you can easily record the last page you read, add notes, and highlight any of the paragraphs that interest you.

Free to download and install for Android and iOS devices, Nook is an interesting app from Barnes and Noble. It has a massive selection to choose from, including over 3 million books, comics, newspapers and magazines. Out of these ones, over 1 million ebooks are available for free, while free book samples can also be read.

You can customize the way you read by changing the colors and background, and adjusting the resolution. The app requires Android 2.2 or a newer version, and it suits iOS devices that run on v5.0 or later. It is available for download in French, English, German, Spanish and Italian. 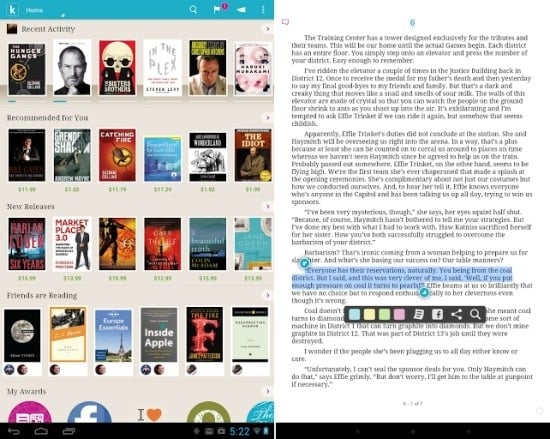 One of the most comprehensive applications for reader is Kobo Books – this one can be used on iOS, Android, Mac, BlackBerry, Windows computers, as well as Windows Phones running on version 8.0 of the operating system.

With Kobo, you can look for your favorite bestseller, download and read any of the 3.5 million free or very cheap books available. It comes in many languages, such as English, German, French, Dutch, Japanese, etc. To make reading more fun, it has many fun quizzes and competitions that come with surprising awards, while you can also track how long it takes you to read a book and share your thoughts on it.

Initially created for Android phones only, Google Play Books can also be downloaded on iTunes at the moment. Free to install in English, Dutch, French, Finnish, Afrikaans, Spanish, Romanian and a wide variety of other languages, this app lets you shop for books on Google Play.

The same as iBooks allows you to look for and download books from the iBooks Store, this one is focused on letting you explore the Google Play bookshelves. It requires iOS 6.0 or Android 2.2, depending on device. You can also read offline once you got your book, and millions of items are also available for free. 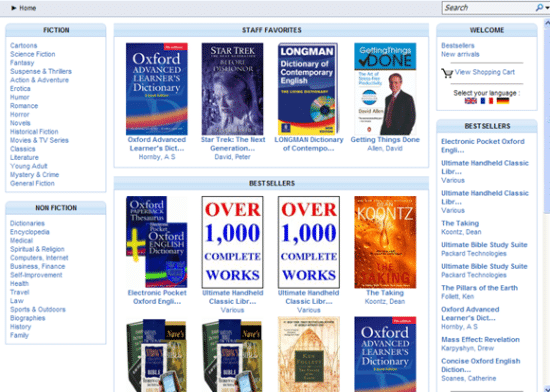 An application specially designed for BlackBerry phones, MobiPocket can be installed for free to read ebooks and enews. It works on most phones, including BlackBerry Curve, the 8800 series, Pearl, as well as the 7700 series and many others.

The app makes reading on your phone easier by letting you adapt the font and size, as well as the margins and line spacing. If you want to change the background color, that’s also possible with MobiPocket, and turning pages is as simple as clicking the Space Bar. More about the way it works, and how to install it can be found here.

Was this article helpful?
YesNo
TechPP is supported by our audience. We may earn affiliate commissions from buying links on this site.
Read Next
12 Best Free PDF Readers for Windows and Mac in 2023
#Best Apps #books