Nokia, or rather Microsoft, has announced the launch of its latest mid-range Windows Phone smartphone, the Lumia 630 here in India for best buy price of Rs. 11500. This is for the dual sim version, but they also have a single sim version for Rs. 10500. The Lumia 630 is the first device to come out with Windows Phone 8.1 out of the box, and hence carries a lot of new features never seen before on a Windows Phone device before. 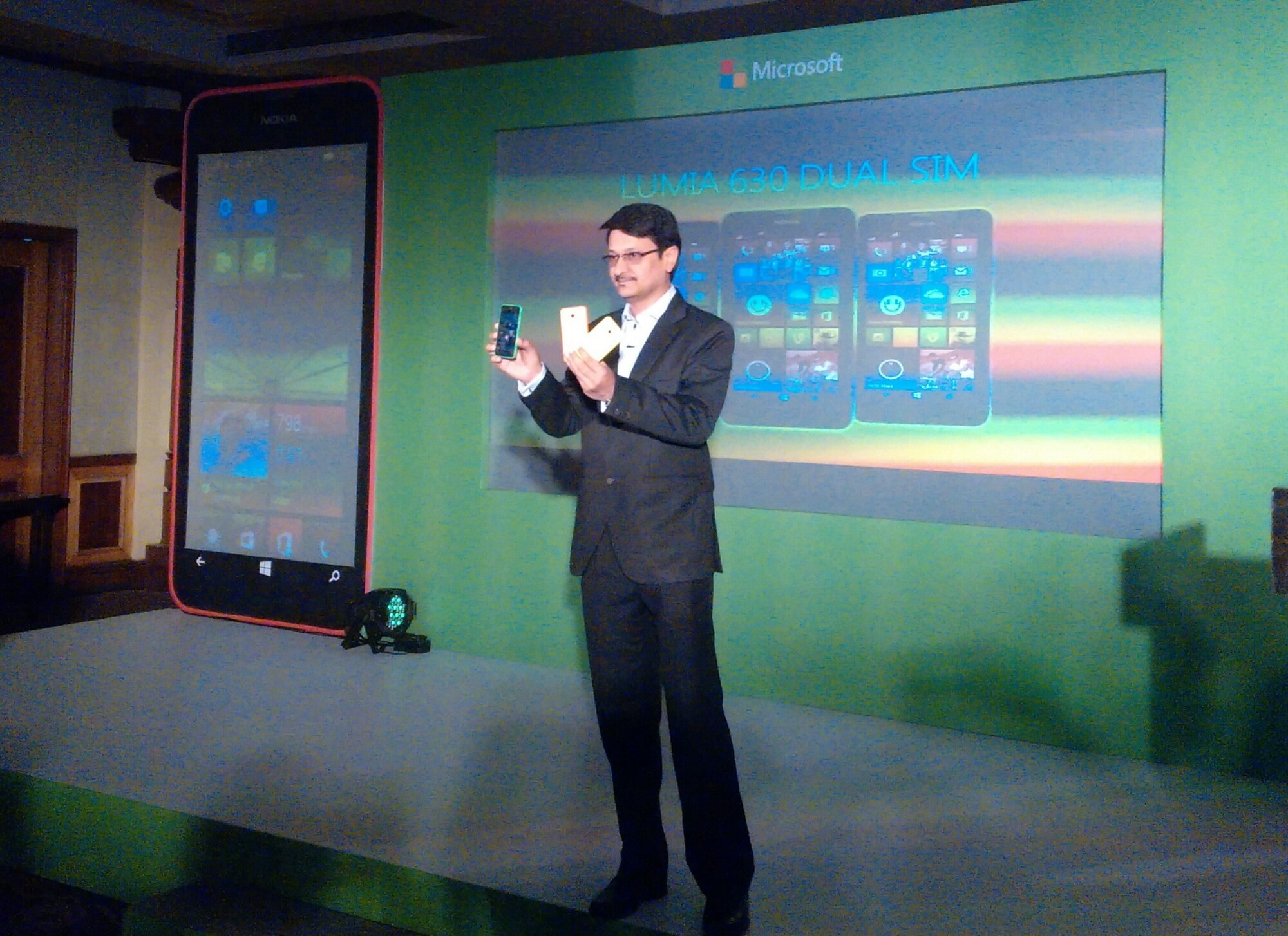 The Lumia 630 comes in five bright colours with swappable shells for those who like to customise the looks of their smartphone. It carries a 4.5-inch WVGA display (845×480 pixel) with ClearBlack technology and Gorilla Glass 3 on top of it. Nokia is playing around with its hardware with some strange choice of internals. The Lumia 630 is powered by a 1.2GHz quad-core Qualcomm Snapdragon 400 processor and has just 512MB of RAM. It comes with just 8GB of internal storage, but has a microSD slot to boost the storage unto 128GB. With Windows Phone 8.1 supporting “move apps to SD” feature, this will be a great addition for many.

Being a low to mid end device, camera specs aren’t too flashy either. The Lumia 630 comes with a 5MP shooter at the back and lacks a front camera altogether. It has a decent 1830mAh battery and has the latest Bluetooth 4.0 support.

The phone has gone on sale in other countries like Australia, Italy, Germany and many other European countries. Considering it’s a quad-core device, many people were expecting it to come with at least 1GB of RAM. But Nokia has chosen to keep that at 512MB, and will possibly announce a successor (Lumia 640?) with 1GB of RAM and a front facing camera, maybe. Remember Lumia 525?

Was this article helpful?
YesNo
TechPP is supported by our audience. We may earn affiliate commissions from buying links on this site.
Read Next
Nokia Power Earbuds Lite Review: Connecting through Clear Audio against Tough...
#Lumia 630 #nokia #Windown Phone 8.1