Grab your Android smartphones and tablets, as it’s time to have a look at some of the best new Android apps and games for the week that has just ended. Our past edition had a varied distribution of apps and games, such as Klout, Secret, Motorola Alert, Epson Print Enabler and others. This time, those of you who like to play a fine game on your mobile device will be more than happy, as we’ve got plenty to share with you. So, without further ado, let’s have a look at them.

The popular football (or soccer, as some call it) management game PES Manager has been made available for Android users and it has already been downloaded by almost a million players across the world. What’s really cool is that the game is available for free, and while there are in-app purchases, you can complete the game without them, as well. Gather player badges and train your team to grab as many titles there are and feel the emotion of being a successful manager.

The Sunrise Calendar has created quite a stir when it was first released for iOS users, and now it’s been ported to the Android world, where it is enjoying the same success. Sunrise is a completely free calendar that has been made with Google Calendar and iCloud in mind, and comes with an amazing design that’s bound to steal your heart away. The developers also announced that support for Exchange and Tablet will be added in the near time, as well.

We’ve got a lot of sports games in our current list, and if you have been looking for quite a while to get a decent rugby game, then you need to have a look at Rugby Kicks 2. Just as the name suggests, it doesn’t actually let you play a full rugby game, but rather exercise with kicks only. There are plenty of rugby players that you can try out and there also many challenges, as well. The game is powered by their own own Phoenix engine, which makes the graphics look really cool.

iON Bond is one of those incredibly simple puzzle games that you get instantly hooked on. This one is about “bonding and colliding subatomic particles”, and your mission is to form bonds to create forces between particles, and “collide them together inside a simulated vacuum to and create beautiful cloud particle collisions and advance through the stages”. There are 70 levels in the initial version of the game, along with numerous particle types and also a secret game mode for the players who manage to get a perfect score.

By using apps and fitness tracking devices, it’s easier to set an exercise goal or one to lose weight. For those of your interested in such tools, Gritness could be a interesting new addition. By using it, you can find group activities in order to participate and run, ride, boot camp, take part in a yoga class, swimming activity or other group fitness with others. What’s really cool is that you can even create your own activity and you can reach to anyone to extend your group fitness activity. Because it’s much more fun where there are more like you, isn’t that so? 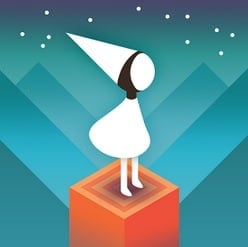 Monument Valley is a game with a minimalist 3D design, filled with optical illusions and palaces and temples from around the world. A game with a brilliant concept, where every monument is a unique, hand-crafted world that you get to explore in unique graphics. Your mission will be to “manipulate impossible architecture and guide a silent princess through a stunningly beautiful world”, as official description goes. This is a game like no other and you really ought to try it out. 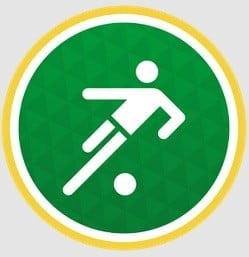 The WorldCup is just a few days ahead and we shared with you some ways to watch it live online. But if you want to follow the tournament on your Android devices, as well, you’ll be interested in the Onefootball Brazil app, as well. It comes with up to date play-by-play match commentary, latest news and an exclusive Live Ticker for all matches of the tournament. You also get match schedules, results and statistics, as well personalised push notifications and videos from press conferences and interviews.

Romans In My Carpet! is brand new multiplayer turn-based strategy game in “vivid 16-bit pixel glory” that has already proved to be quite popular among players. The game lets you “engage in turn-based wargaming by way of Monty Python” and if you’re a lover of retro-styled games, then this will be on your list, as well. You can even challenge your friends in asynchronous multiplayer or choose to “battle against the nefarious AI that lives on our server”. A unique game that’s worthy a try!

Watch Dogs has been one of the most awaited games in quite a while, thanks to the huge buzz it has managed to create and not the Watch_Dogs Companion: ctOS app for Android has been released, as well. It lets you connect and play live with any Watch_Dogs player logged into their console or PC game, as well as control the city of Chicago. It also comes with exclusive features, such as the option to customize your own challenges and send them to your friends. 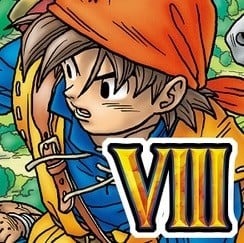 Dragon Quest VIII was one of the most popular RPG games of its time, having sold 4.9 million units worldwide, and it’s now getting released for Android users. Those who have played the game back when it was released for the gaming consoles of the 90’s will be those targeted by the new release, because I really doubt it somebody else would pay such a big amount of money.