A number of scientific and unscientific surveys have discovered that a large amount of people are planning to cut the cord of their cable TV – 10% declared they certainly will, and 11% said they might. Another great percentage of participants said they’ve already done this and are happy not to have access to satellite or cable TV anymore.

Since most TV shows and movies are also available online through Amazon, Hulu, HBO Go and other similar options, it’s not at all shocking to see this happening. However, there are a few questions that some of you may need answered before making the move. For example, what devices do I need to purchase? How much will it cost me per month? What are the best options for streaming? How do I choose an antenna? 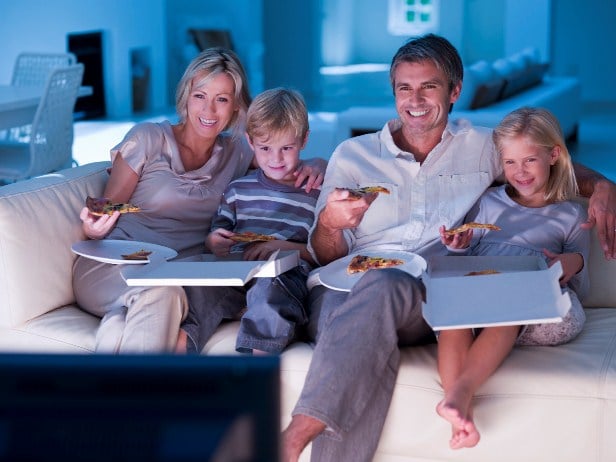 All these and many others are going to be discussed in today’s article as we will guide you through the necessary steps. While it’s not difficult to switch from cable to cordless TV, it is important for you to know what works best and how each one of them functions – just so you can make a good decision.

Smart TVs are great, but not the best choice you can make

Owning a smart TV is one of the most expensive ways to have access to cordless TV channels. It is a great device to have, but it shouldn’t necessarily be high on your list. Buying a smart TV, you will have access to a variety of built-in streaming applications, as well as internet.

All you’ll need to do is connect the TV to the wireless network you have at home, and then stream all the necessary content directly from the menu. The prices go from $2,000 to $6,000, and there are many models from quality brands like Samsung, Sony, Toshiba and LG that you can choose from. 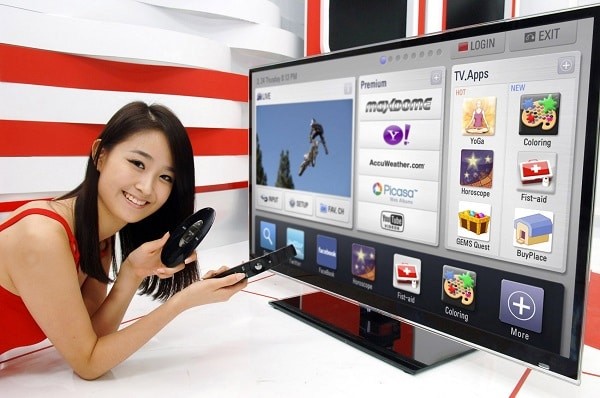 The ones from LG are known to have one of the simplest interfaces – they are very easy to use and support a large amount of files. All models also come with a free app – LG TV Remote – that mirrors the movie your TV is playing directly on your smartphone.

The Samsung Smart Hub is also a good option, as it is now expanded to 5 different screens (one for TV, one for social media, another one for the apps, one for films and the last one for your digital media). It also comes with recommendations based on what you’ve recently watched and it has a similar app to the one from LG that lets you watch the same content on a tablet or smartphone.

One of the most cost-effective solutions is to buy a set-top box. This one usually costs $100 or even less than that, and it can be plugged into any TV that you already have. Most of them connect to the web through your Wi-Fi network – the same as a smart TV would.

This enables you to connect a normal TV to the internet, instead of buying a very expensive smart TV. Apart from that, most such kits include a remote control that lets you switch between the different channels you have access to.

Once you have a subscription for Netflix, Pandora, Hulu or another similar source of entertainment, you can stream media content through the set-top box and watch it on the TV. The Apple TV is one of the best ones, together with Amazon Fire TV and Roku – prices are around $99 and the Roku LT is as cheap as $49.

Another option you have is a Blu-ray Player that will also connect you to the internet. Similar to the set-top box, this one has to be connected to the TV via a cable, and then all streaming video and music will be available on the big screen.

It normally costs around $150, but some can only cost you $80. They let you stream the content you like from all platforms you subscribed to, such as Amazon and Netflix, but there is a very limited selection when it comes to additional channels.

The Samsung BD-F5100 is one of the most popular ones at the moment – also a cheap solution, as it’s only $80. Why is this a good investment and who is it suitable for? To put it shortly, it’s cost-efficient, easy to install and lets you watch some of the most popular internet channels at the moment. However, if you’re looking for a wider variety, you should choose a set-top box or the streaming sticks that come next.

Last but not least, if you’re planning to stream videos from a tablet, laptop or a desktop computer, the streaming sticks might be the best solution. If you’re looking for a device that can send video wirelessly to the TV in your livingroom, Chromecast could be a good one to buy.

For only $35, you can watch over 100 channels including the popular ones like ABC, CBS, Fox, NBC, Comedy Central and Hulu. All you have to do is plug it into the TV, and then send the content to the screen via the PC. You can easily choose from over 1,000 different channels and plenty of movies.

Another similar device is the Roku stick – this one, though, comes at $50. The main difference between the two of them is that Chromecast doesn’t come with a remote control while Roku has one. Also, depending on the apps you’re going to use, the stick from Google might not support all of them.

Gaming Consoles can also be your streaming device 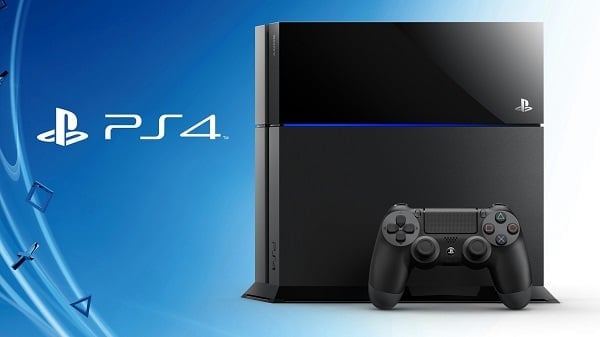 If you like playing games on the big screen, a gaming console will be a must. However, you should bear in mind that this isn’t a mandatory device to purchase in case you’re only looking for basic movies watching and listening to music.

If you have one of the latest models, you can easily access TV streaming directly through this interface. The usual prices range between $200 and $400 depending on how fancy you’re planning to get. Once you bought the console, thought, it is going to serve you for at least a couple of years so you can see it as an investment.

The best one to choose depends on what games you’re planning to play and how often you’ll use it. However, if you are a sports fan and would like to play games like NHL, MLB and NBA, we recommend going for the PlayStation 4.

While they don’t come with such great facilities as streaming sticks and only let you connect one TV at a time, HDMI cables are also a good solution. They are cheap, and you can easily use them to connect a computer or tablet to the TV.

This way, no matter what content you’re watching on the PC, it will also be seen on the TV’s screen. It then all depends on the online sources of entertainment you’re using – if you’re subscribed to Hulu or Netflix, you can watch movies from over there; if you’re going to use Youtube for it then you’ll only see what’s available there.

The downside of this option is that it doesn’t let you do as many things as you can with a streaming stick or a set-top box – you won’t have access to all apps, you won’t be able to play games, etc. On the other side, the good thing is that such cables don’t cost more than $20.

How big should my budget be?

As you’ve noticed before, the budget you’re going to need depends a lot on what you’re looking for. If you happen to have an old computer or TV at home, you can simply stream the content from the internet with an Amazon Prime account. Thanks to an HDMI cable, you can easily send the same media content to a bigger screen by only paying a maximum of $20.

If you’re looking for more options in terms of apps and available channels, you can go for a streaming stick that will cost you about $35 or a little more. Blu-ray DVD players are next on the list with a limited number of channels to access – some of the cheapest options are $80. Set-top boxes are the next step in terms of features – Apple TV is one of the best things you can get, and it’s only $100.

If you really want to get fancy, you can always go for a smart TV – this option is the most expensive and can go up to thousands of dollars. In case you also like games, you will also need to invest in a console which will leave you $200 poorer. 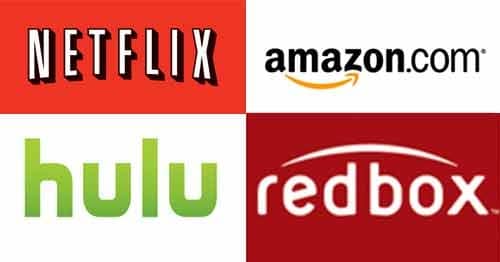 If you don’t like waiting for your favorite TV shows to be available, you should make an account on Hulu. This one, as well as Amazon, iTunes and Google Play let you watch episodes within the next few hours after they have aired.

Episodes can vary in terms of prices, but they normally are about $2 or $3. Also, you need a monthly subscription which costs about $86 on average. If you’re willing to wait a bit longer for networks like HBO to make their shows available to the public online, you can also choose Netflix or Hulu Plus.

The good thing about Amazon Prime is that is can sometimes get you discounts and special deals once you purchase a season of shows that you can’t find on similar sites. Netflix also offers a pretty good user experience, and Hulu Plus recently made a few upgrades.

The VHF – very high frequency – ones are going to let you watch between 2 and 13 channels while the UHF – ultra high frequency – antenna will allow users to watch between 14 and 51 different channels. Both options are good and depending on how much variety you consider you’ll need, you can go for one or the other.

However, we suggest trying to find an antenna that is going to offer both options instead of only one or the other. Since most of the TV stations available in the United States transmit on both of these ranges, it is always useful to be able to choose.

When it comes to choosing an antenna, it’s not only the variety of channels that matter. It is also important to know your location in relation to the broadcast tower. With this in mind, if your home is somewhere under 35 miles away, you can easily choose the non-amplified version.

In case your house or apartment is situated at a distance greater than 35 miles, we recommend going for an amplified antenna. This one is going to capture the signal from the tower even if it’s far away, and you can be sure to have access to high quality image and sound.

The directional and bidirectional options refer to a very simple aspect that has to do with the location of your home and how big it is. The first one will only point in one direction while the second one can easily pick up the signal emitted from multiple locations.

If your house is somewhere further away from the broadcast tower in town or it’s a very big house, it’s always useful to go for a bidirectional antenna, as it will be more likely to cover the necessary are. If you know for sure that you own a small house that’s located nearby the tower, you’ll have no problems using a directional one.

Sign in with Apple: What it is? And How to Use it? [Guide]
The Ultimate Guide to Buy Mechanical Keyboard in 2022
How to Add Bots to a Discord Server [Guide]
A Comprehensive Guide to Buy SSD in 2022
DNS Guide: Why and How to Change DNS Server
Google Nearby Share: What is it and How to use [Guide]