Not often that you see us at Technology Personalized reviewing a bluetooth speaker. It’s not that we don’t want to, but we hardly come across something different and cool enough to catch our attention. Logitech X100 is one such Bluetooth speaker which caught our interests and we sprung on to it to review. But does it have enough to merit a recommendation other than the retro looks? Let’s find out! 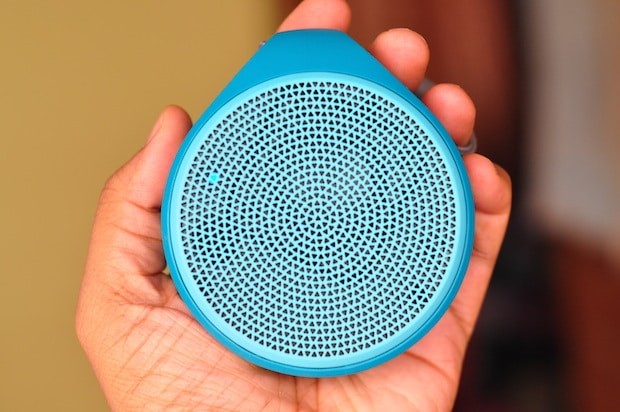 Logitech’s X100 Mobile Wireless Speaker is priced at $49.99 (Rs.2249) which sounds like a great deal for the features it offers. In addition to music playback and decent battery life, it comes with speakerphone capabilities. The small cylindrical box gives it a nice retro look, but option of various colors makes it look cool as well.

The X100 weighs around 161 grams, which is like holding a large smartphone (say, a Galaxy Note 3). We had got the green colored one which is similar to the color on Logitech’s logo. The cylindrical device has just 4 buttons – power button, volume up and down, and Bluetooth button which is used for pairing it with your smartphone. You can also use the Bluetooth button for receiving incoming calls from your smartphone and also to pause the playing music. 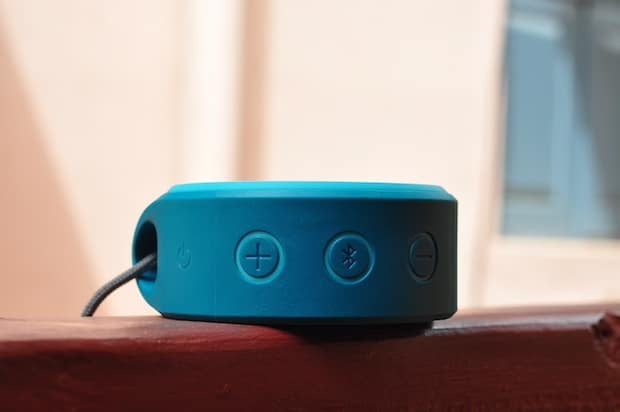 The exterior of X100 wireless speaker is made of soft-feel polyurethane which feels pretty reassuring for daily usage. Hidden behind the green speaker grill is a single blue LED which alerts you when the speaker is turned on. Just in case you are forced to use the speaker with a device without Bluetooth, you can use the Aux input port to connect using standard wires. X100 uses microUSB port to recharge itself, which is a major plus.

Logitech provides a small cord which you can use to hang the speaker from a belt loop or backpack. Sadly, the X100 isn’t waterproof, so don’t risk taking it to the shower. 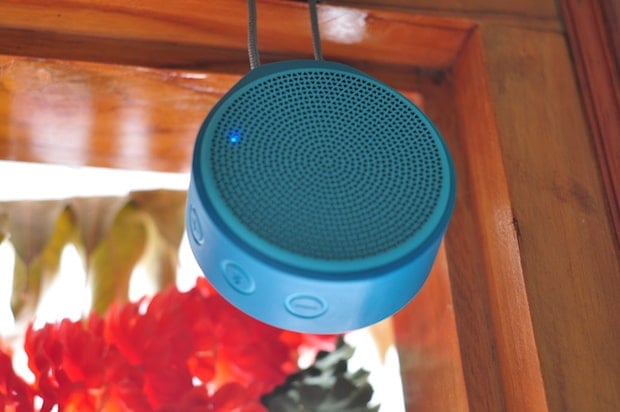 Looks aside, the primary function of a wireless speaker is to provide good sound output. For its size, the Logitech X100 outputs real quality sound. Setting up the speaker is straight-forward. You just need to pair up your smartphone using Bluetooth. Once setup, the phone pairs up with the speaker every single time you power it on.

As you might have guessed by now looking at the design, Logitech X100 is a non-stereo speaker. But it’s really surprised us with its performance. It has amazing sound reproduction capabilities and can reach pretty high volumes. Having said that, it’s not going to keep an audiophile or particularly discerning listener happy. Considering its price and size, one shouldn’t even expect it do that.

But what we expected from Logitech X100 was flawless speakerphone capabilities. Sadly, we were left disappointed. We tried it while driving in our car, and sadly, the sound output were muffled. Even the microphone isn’t the best we have seen, as the callers frequently reported having a hard time hearing us. Things get better when you’re indoors with less noise around.

Logitech promises a battery life of up to 5 hours, which is below average when you look at the competition. To their credit, we got five hours of backup even when used at full volume. X100 comes with a microUSB charging cable (and no wall charger included) and we could charge it back to full capacity within an hour.

Another issue was with the wireless range. Logitech claims that the X100 has 30-feet (10-meters) distance range, but that was hardly the case in our usage. We tried it with a couple of Android phones and MacBooks, but could never get it to work beyond 6 to 7 meters. The range drastically reduces when there are walls or doors involved, which is understandable, but gets irritating after a while. 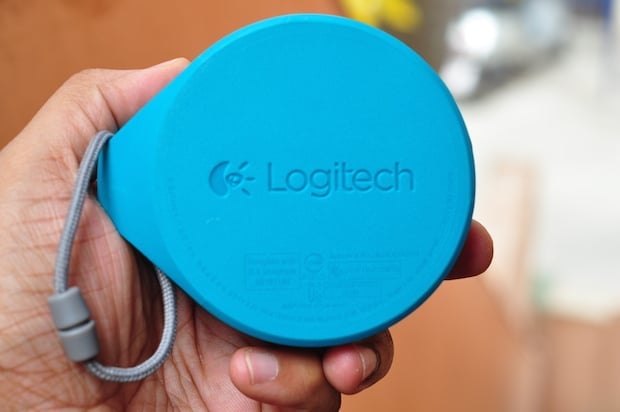 There are lot of good things going for Logitech X100 Mobile Wireless Speaker. It has an excellent sound output with decent volumes and extremely simple to use. But it’s not perfect. It struggles in speakerphone mode and doesn’t have the best range amongst the competition. Considering the selling price right now to be around $40 (Rs.1750), there isn’t much to complain.