All is not well for Samsung these days. The Korean giant has slipped up in two of the fastest growing smartphone markets in the world. Micromax in India and Xiaomi in China have taken the top spots by pipping Samsung, who has had a golden run over the past few years with impressive sales of its Android based smartphones across price segments.

Over the past few quarters, Samsung’s handset market shares have been tumbling in multiple markets, and two reports suggest that the inevitable has happened. Micromax and Xiaomi, both being local players, have managed to topple Samsung in past quarter’s market share. 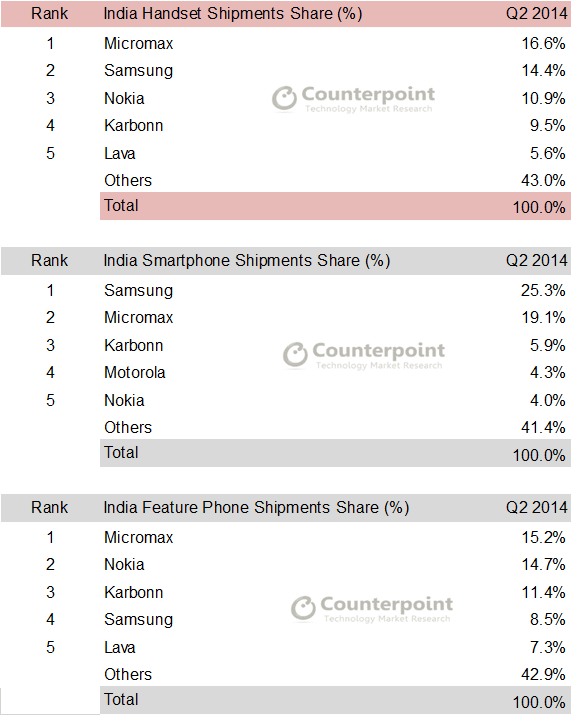 Micromax now accounts for 16.6% of all the handsets that were shipped in India, followed by Samsung whose share slipped to 14.4% according to market research form Counterpoint Research. Nokia sticks on to the third place with a 10.9% market share, while Karbonn is at fourth position with 9.5% share.

For the previous quarter ending March 31, Samsung was leading the pack with 16.3% in its kitty followed by Micromax at 13%. The numbers have turned this time around. To be clear, these numbers are for all handsets together. Samsung is still No.1 when it comes to smartphone share, followed by Micromax. The smartphone market in India grew by 68% year on year according to Economic Times. To put things in perspective, feature phone business is still big in India and Samsung is almost wiped out over there.

Another interesting development has been the entry of Motorola into the top 5 smartphone makers race. The ex-Google company has pipped Nokia to enter the coveted fray. Karbonn is the third largest player with 5.9% market share. 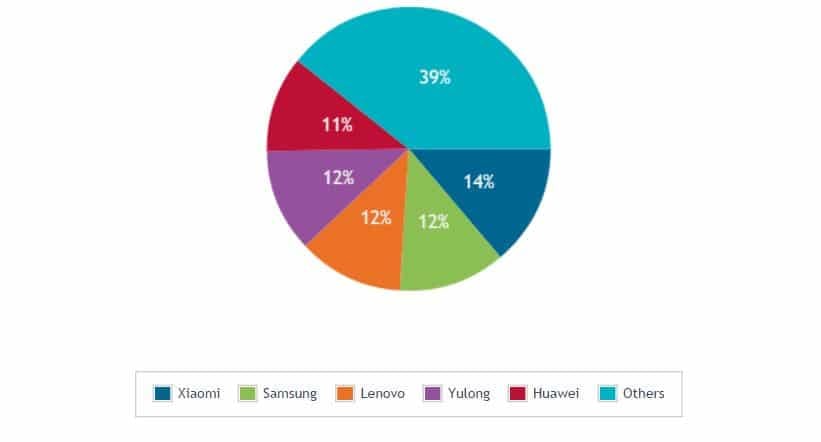 Things get even worse for Samsung in China. Xiaomi, the new tech darling, has overtaken Samsung by capturing 14% of the entire Chinese mobile device market share bringing down Samsung’s market share from a previous respectable 18.3% to a mere 12% of the market.

Considering the smartphone market alone, Xiaomi still tops Samsung with 14% market share as against Samsung’s 12% which used to be 18.3% three months back. Xiaomi’s budget Redmi series including the Redmi, Redmi 1S and Redmi Note has helped the Chinese company to pip Samsung for the top spot.

Samsung will be hoping to win back some momentum with the Galaxy Note 4 scheduled for launch during IFA in September, and Galaxy Alpha around the same time.