“Thou shalt not name thy competitor at thine own event” is an unwritten principle of technology events. Yes, people do poke fun gently (and sometimes not so gently) at their opponents, but prefer to leave them unnamed, dropping mysterious hints instead about “some of our rivals” or “one of our worthy competitors,” or displaying excerpts of reports that show their opponents in less than flattering light. But naming your opponent is a strict no-no. After all, it is your event. Why on earth should you give publicity to your opponent in any way in it?

So you could have heard a rose petal drop down the Grand Canyon in the stunned silence that followed when Micromax CEO Vineet Taneja responded to a question about Xiaomi by saying:

Xiaomi? I have never heard of them. Are they the company whose name starts with an ‘X?’ 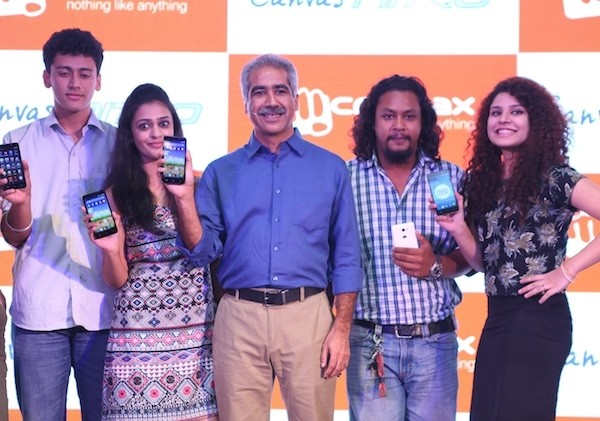 Only the naive would think that Taneja, an industry veteran who has been in the driving seat at Nokia and Samsung in India had not heard of the Chinese company that has been making waves in the Indian market of late with its flash sales model. Indeed, earlier during the presentation of the launch of the latest Micromax Canvas device, the Canvas Nitro, he had made a pointed reference to brands that “sell out in 2 seconds.” “We don’t believe in that, but believe in satisfying the consumer,” he added. But that dig had been subtle, this one was not. Especially when he followed up his statement about not knowing about Xiaomi with another rather blunt statement, “There is a difference between selling phones for PR and selling phones for the market.”

Oh yes, the gloves were very much off. And the response to the statement was interesting to say the very least. While the Indian geek twitterati laid into the Micromax CEO, labeling him arrogant and drawing comparisons with the manner in which Nokia had professed to be ignorant of Apple, there was a lot of smug satisfaction among other manufacturers. “At last someone finally said it,” an executive from Karbonn said later in the evening.

We have been fed up to our teeth with this brand who has barely sold a lakh units in the country in a month and a half. Most of us do that sort of business in a couple of weeks. But do we get credit for it? No! It is always ‘so and so server crashed’ and ‘so and so sold out in three seconds.’

In some ways, Taneja, never one to mince words was marking a strike for many manufacturers who felt that the Barra effect (more on which here) had kind of skewed media attention from them. “Is it our fault that we sell as much as them over the same period but we don’t make servers crash?” I remember a bitter Asus representative telling me after a discussion on the Zenfone 5.

There is always the temptation to write this off as a rant by an annoyed – or jealous, as some would have it, CEO – but then Vineet Taneja is not exactly your run of the mill CEO. This is a man who has been at the helm at the two companies that have been the major players in the Indian cellphone market over the past decade, and is currently heading the company that many predict will take over the number one slot in the coming days and months. This is no wannabe trying to grab attention.

A public relations executive felt it was a communication stratagem. “He has pretty much made it an us vs them scenario, hasn’t he? And he has got the stats on his side at the moment. Naming Xiaomi – even though he did not really do so – was a bold move but it also seemed to show a ‘we are not bothered’ approach, backed up by figures that show overwhelming superiority,” she said. Of course, there are those who say just the opposite. A blogger friend claims that the very fact that Xiaomi was criticized implied that Micromax was worried about the Chinese company and its approach to the Indian market.

The truth, as always, is perhaps somewhere between those two extremes. It would be naive to assume that Micromax, size and market share notwithstanding, is not getting bothered by the overwhelming attention being given to Xiaomi. Similarly, it would be verging on cheerleading to claim that Xiaomi is all set to take over the Indian smartphone market when its sales are a fraction of Micromax’s. The fact is that these are two very different companies, with different sales and marketing approaches, gunning for two very different segments of the market – Micromax gets most of its sales offline, Xiaomi gets all of them online. And both so far are doing a very decent job of it – Micromax sold a million units of its Unite 2 handset in a hundred days, which is staggering by Indian standards, while Xiaomi’s multi-second sell-outs have been well-documented. In some ways, it is unfair to even compare them. Which, in fact, is what Taneja might have been hinting. As a senior journalist told me with a knowing wink, “He is not having a go at Xiaomi. He is having a go at us for not giving Micromax enough credit.”

Whatever the subtle subtext of Vineet Taneja’s words, one thing is clear – one of India’s leading phone manufacturers has a CEO who is feisty enough to take on an opponent. A tech world dominated by tact and subtle cloak and dagger diplomacy has seen a sledgehammer arrive. Times could be…interesting.

Was this article helpful?
YesNo
TechPP is supported by our audience. We may earn affiliate commissions from buying links on this site.
Read Next
What is UPI Lite and How to Enable it on Any Device [2022]
#india #micromax #xiaomi