It’s not the first time that a company has chosen to marry two of the coolest technologies in the world today – smartphones and cameras. We have seen quite a few Android powered cameras in the past, but Panasonic’s latest attempt looks to better them all. The Lumix CM1 Smart Camera comes with an impressive 1-inch sensor and seeks to set a new benchmark in the camera phone category. 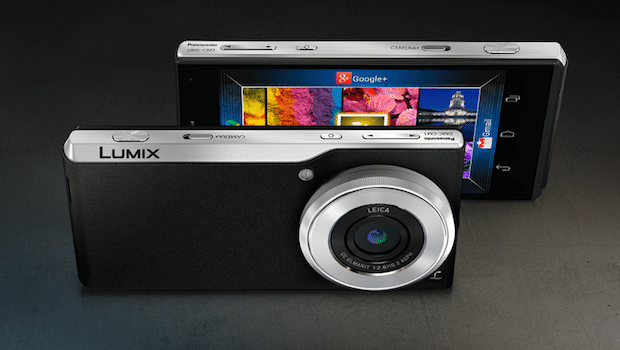 At the ongoing Photokina event in Cologne, Panasonic made the biggest news by launching Lumix CM1 Smart Camera. It runs the latest Android 4.4 KitKat, but note the naming terminology. Panasonic considers this a camera first and a smartphone next. The company has had its fair share of failures with Android smartphones in the past, and has only recently sprung back into action with budget to mid-range smartphones in India.

With Lumix CM1, the Japanese company is returning with an imaging-focused device that’s as much camera as it is phone. The CM1 comes with a 1-inch sensor that is on par with what you’d find inside Sony’s RX100 and Nikon’s 1 Series of cameras. It has 20-megapixel resolution and is paired with an f/2.8 Leica lens, a mechanical shutter, and a manual control ring. 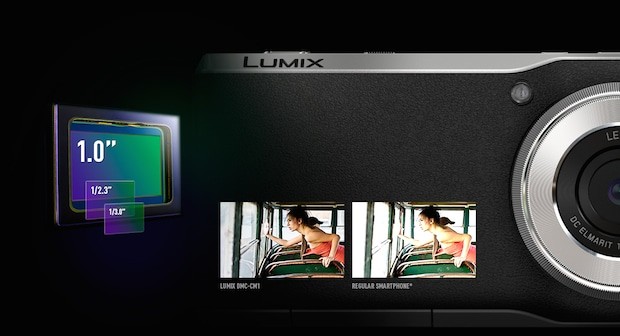 The device is also a pretty high-end Android smartphone. It has a 4.7-inch full HD (1080p) resolution display, 2.3GHz Qualcomm Snapdragon 801 processor inside, 2GB of RAM, 16GB of internal storage, with microSD card slot that supports up to 128GB. There’s also a 2600mAh battery inside and it’s running on Android 4.4 KitKat.

If you want to know more about the camera, its aperture runs from f/2.8 to f/11 at it’s widest point which is 28mm zoom. Mechanical shutter and manual control ring should please professional photographers as well. What’s more? The smart camera can record 4K videos, and the 128GB microSD option should augur well here.

Connected cameras have always caught our attention. Nokia Lumia 1020 started the trend. Samsung has a few like the Galaxy Camera, the Galaxy K Zoom, Galaxy Camera 2 and the Galaxy NX which is their mirrorless system on Android, while Nikon, Kodak and Canon have a few as well, but none of them are as powerful and beautiful like Panasonic Lumix CM1. Have we found the best camera smartphone? We can’t wait to get our hands on this already.

Right now, Panasonic is only launching the Lumix CM1 in France and Germany this year, and it should be out by Christmas time. no word on global availability though. And price? That’s a secret as well.

TechPP is supported by our audience. We may earn affiliate commissions from buying links on this site.
Read Next
How to Turn Off the Auto Night and Macro Mode on Your iPhone
#Panasonic #Photography