Samsung has launched the metallic Galaxy Alpha in India, and has priced it at Rs.39,990. The Samsung Galaxy Alpha comes with a unique metallic frame giving it a iPhone 5-like looks. At just 6.9mm, it’s the thinnest Galaxy smartphone ever, but rest of the specs aren’t top notch as such. 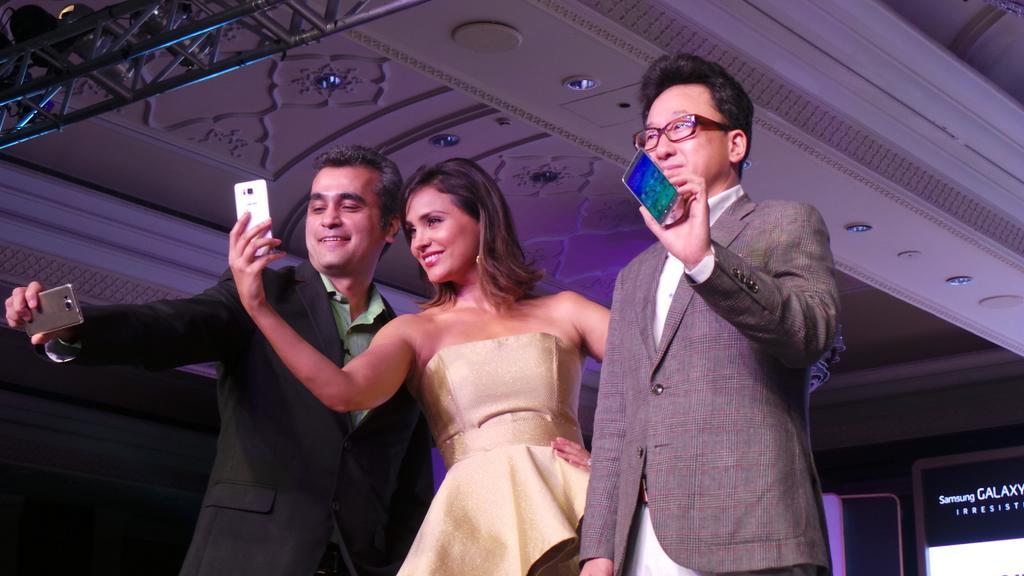 The Galaxy Alpha comes with a 4.7-inch HD (720p) Super AMOLED display and is powered by an Exynos octa-core processor. It runs on the latest Android 4.4.4 KitKat with TouchWiz skin on top of it. There’s a 12MP camera with LED flash on the rear which supports 4K video recording, and a 2.1MP camera on the front for selfies and video calls.

Much like the Galaxy S5, the Galaxy Alpha comes with a Heart rate sensor along with S Health 3.0 support. At 115g it’s one of the lightest smartphones in the market right now. There’s a 1860 mAh battery to power the unit. Other specs are detailed below:

The Galaxy Alpha sports decent hardware specifications, here’s a brief rundown of it.

The Galaxy Alpha was announced in August this year, and is priced at $689. At Rs.39,990, comparatively it’s priced slightly lesser in India. There has been a lot of hue and cry in recent times for the design approach adopted by Samsung, which is mostly dominated by cheap plastic. Galaxy Alpha is a response for that. Eventually Samsung used this design (sort of) on Galaxy Note 4 as well, but it’s a welcoming change to have a premium metallic build on Galaxy range of smartphones.

Was this article helpful?
YesNo
TechPP is supported by our audience. We may earn affiliate commissions from buying links on this site.
Read Next
Samsung Galaxy Fold 4 Tips and Tricks: Get the Most Out of Your Phone
#Galaxy Alpha #india #samsung