Lenovo made a fair number of people look up in surprise when it announced yesterday that its Vibe Z2 Pro phone would be priced at Rs. 32,999 (around USD 533). For a device that offered top of the line specs – Quad HD 6.0-inch display, quad core Snapdragon 801 processor, 3 GB RAM, 32 GB storage, 16-megapixel camera, and dual SIM connectivity, all topped off with a very premium look and a 4000 mAh battery, this was honestly eye-popping, as anything with similar specs was priced almost a hundred dollars more. In simple English, the Vibe Z2 Pro costs about as much as a new Moto X and offers far superior specs. 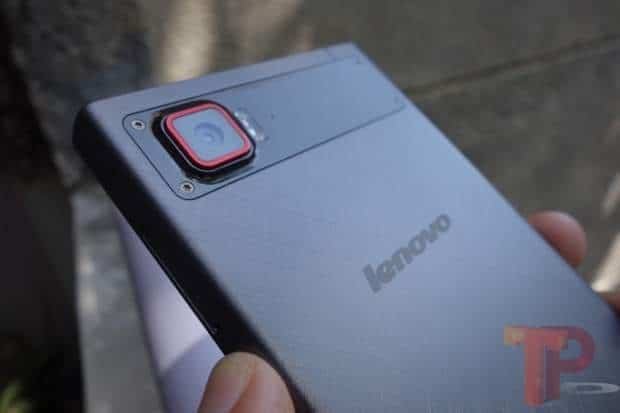 And it looks pretty awesome too. The Lenovo spokesperson doing the presentation said that the team had initially opposed the idea of device with a 6.0-inch display as being too big, but had been surprised by the designers. And well, that is pretty much the case, because, for a six-inch device, the Vibe Z2 Pro is surprisingly compact. At 7.7 mm, it is almost as thin as the 7.1 mm thin iPhone 6 Plus (with 5.5″ screen) and at 156 mm, is actually smaller in length (the iPhone plus is 158.1 mm). Yes, its width at 81.3 mm is significantly more than that of the iPhone 6 Plus (which is 78.1 mm) but it even weighs only four grammes more than that device – 176 grammes to 172 grammes.

When you consider that it sports a much larger display and battery, this is nothing short of astounding. I will be honest: when I was shown the Vibe Z2 Pro and asked to guess its screen size (the name of the model was not told to me), my first reaction was 5.5 inches. No, I will not call it a delightfully small device, but there is no getting away from the fact that for its display size, the Vibe Z2 Pro is compact – Lenovo seems to have achieved this by mercilessly shaving the bezel off the device. The Vibe Z2 Pro is actually a millimeter shorter in length than the K900, which was 157 mm long and had a 5.5 inch display.

Speaking of which, the all-steel K900 (which I still consider to be one of the most handsome handsets – neat term that – I have used) seems to have been the spiritual predecessor of the Vibe Z2 Pro in terms of design. The front is all display, but the back borrows from the metal aesthetic of the K900, only this time it has been toned down and made a touch more classy. The K900 pretty much screamed “Phone of Steel” at your face with its shiny metallic frame, the Vibe Z2 Pro prefers to whisper its metallic core through a brushed weave design on the back, which becomes apparent only when you look at it from up close but can be gently sensed by your fingers.

The volume and power/display buttons are metallic and are on the sides, the 3.5 mm audio jack is on the top, the speaker grille and micro USB port on the base, and the camera juts out a bit but has been given a red (ThinkPad inspired) frame and a panel of its own, attached with four screws. Industrial? Maybe, but it does look very different from the run-of-the-mill phablets we have seen around tech town of late. The phone feels a bit heavy, but all in all, the sensation is of a lot of stylish substance. The Vibe Z2 Pro goes right into the group of very good looking Android devices alongside the likes of the Sony Xperia Z3 and the HTC One M8, and that should really tell the tale.

And from our brief acquaintance with the device, it performed very well too. The display is bright and great for reading and our brief session of Asphalt 8 went off without a hiccough. We also found the camera taking some surprisingly good pictures. But of course, this was just based on a brief hands-on. To find out more, wait for our review, which is in the works. For now, all we can say is that this is one beast with a lot of beauty. And oh yes, we are still stunned by the price.

Was this article helpful?
YesNo
TechPP is supported by our audience. We may earn affiliate commissions from buying links on this site.
Read Next
Lenovo Flex 3i Chromebook Review: Eat Sleep Flex Repeat
#lenovo #Vibe Z2 Pro