“Can I see your phone?”
“What phone is that?”
“Have you attached a keyboard to it?”

Those are just some of the queries that have been addressed to us in the few days that we have been seen carrying a BlackBerry Passport (just for the record, check our initial impressions here). Honestly, the last time something like that happened to us was when the iPhone 5 was released with its new finish and bigger display, and it certainly has NEVER happened with a BlackBerry device – no, not even with the PlayBook, for which there had been some genuine interest in the market. 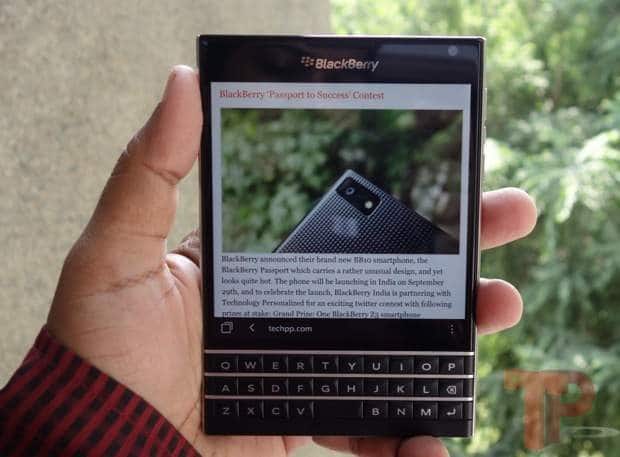 Because you know, a BlackBerry had a pretty standard look – smallish screen, biggish QWERTY. It had got SO standardised that it was common for people to go to a Nokia Store in Delhi and ask for a “Nokia waala BlackBerry” (a reference to the E71 and E72) in 2010. Yes, BlackBerry did try the all touch and touch and type look, but the latter STILL looked mostly like the regular BBs and the former (the Z series) seemed right out of the Android school of design.

The Passport? It comes from no school of design the public has heard of!

Yes, it has a QWERTY like the classic BlackBerry devices, but it is much smaller than the display and has three rows. It has a touchscreen like the Z10, but at 4.5 inches, is actually bigger than that worthy. So yes, it has shades of the classic and the new BlackBerry. Modern and traditional.

And yet it is neither.

It is also, with its odd slightly-squarish shape and QWERTY keyboard, the most unusual looking device out there. And consequently, it is doing what no other BlackBerry has done in the Indian market.

It is turning heads.

It sticks out in a crowd. Because there is remotely nothing like it anywhere. If we had one device with which we could really compare it in this regard, it is Nokia’s amazing E90 Communicator. It was big, it was boxy, and it could not really be compared with anything else because no one else had a form factor that was even close to it. And like the Passport, it was big (although more in terms of length than width) so people often carried it – it was very ‘visible.’ The Galaxy Note too had a similar impact, but it was cloned quickly so it pretty much lost that particular edge. The E90 was never cloned, and honestly, if the leaks and rumours we have heard of are any indication, neither will the Passport be. At least, not in the immediate future.

The odd shape does a bit more than attract attention – it also makes many people more tolerant of its price. Barely a few of those who asked about the device complained about its Rs 49,999 price tag (something which we expected, really – even the media complained about the pricing at its launch). A 25-something waiter who served us at a cafe asked about the device, and when told about the price, nodded and said “Itna to lagega. Computer hai!” (“It will cost that much. After all, it is a computer.”) Again, that was a sentiment that we heard about the E90 – people did not complain too much about its price, simply because they felt they were getting something very distinct. It is an edge that Cupertino has honed to a fine blade, although in recent years, it has more to do with experience than design. And yes, for all the talk about phones today being more powerful than computers, the E90 and the Passport are more easily identifiable with computers because of their – that word again – design: a big screen with a ‘real’ keyboard. 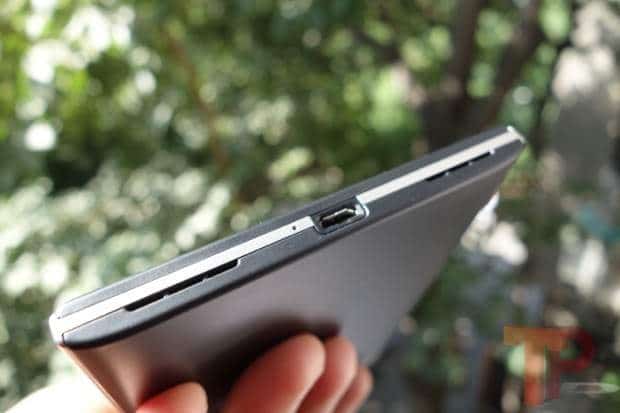 The waiter will in all probability not purchase the Passport, but it has registered in his mind as being something very different. Something exceptional. Some of the executives who saw the device insisted it looked “darn classy” (although this seemed to have more to do with the back than the front – almost everyone who touched the phone turned it around to look at its back and then wrapped his or her palm around it, just below the shining logo). And well, two of the three girls who saw it insisted it was wonderful even though it barely fit into their hands.

Given the pain BlackBerry has been through, that is quite an achievement.

No, it does not guarantee massive sales. But we have a sneaky feeling that, never mind what the experts say, the Passport will strike a chord with some consumers. Simply because there ain’t anything – ANYTHING – remotely like it. It might not sell in millions, but we suspect that there will be people who want it. Because of that appearance. An appearance that sticks out in an increasingly regular smartphone crowd. And even seems to justify the price. The BB logo does not harm its cause one bit – a large section of the smartphone crowd still respects it. And we have a feeling that many in corporate circles would not mind being seen with it, or plonking it on the table at a meeting (a strange ritual that is almost like a call to arms in many circles, but that is another story).

We think that for the first time in about three years, BlackBerry has a product that is more than just a good performer (the Z series was that) or that plays to its key strengths (like the Q series) .

It has a product that is aspirational.

(Note: our review will be up in the coming days. Stay tuned.)

Was this article helpful?
YesNo
TechPP is supported by our audience. We may earn affiliate commissions from buying links on this site.
Read Next
Blackberry Key2 LE with Snapdragon 636 SoC and Physical Keyboard Launched for...
#Blackberry #BlackBerry Passport