Just like we were expecting, the newest iPads have been unveiled by Tim Cook and his team at the Yerba Buena Center in San Francisco. And, just like last time, this year’s products are pretty much on par with the huge amount of rumors and leaks that has appeared online prior to this day.

Both new iPads feature the rumored Touch ID fingerprint sensor and they look nearly identical to their predecessors. The iPad Air 2 is getting a burst photography mode, which is a new neat feature available for the first time on the iPad and previously released with the iPhone 5s. The new tablets are getting the latest iOS 8.1 upgrade along with the Apple Pay payments system.

At the event, Tim Cook also announced that total iPad sales have reached 225 million units and that there are 675, 000 apps specifically optimized for the tablet. 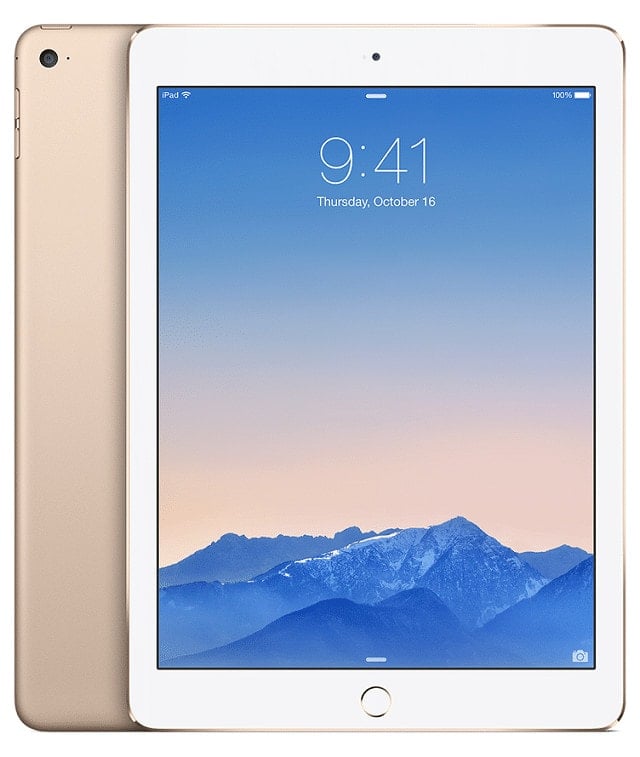 The iPad Air 2 is just 6.1mm thick, which means it’s thinner by 1.4 mm than the 7.5 millimeters iPad Air from last year. It’s 18% thinner than the iPad Air, and I for one am impressed. This is pretty remarkable, considering all the things it has to stuff on the inside. And to put things into another perspective –  two iPad Air 2s stacked up are thinner than the original iPad.

The iPad Air 2 comes with a laminated screen, which means the LCD, glass, and touch sensor are optically bonded now. Apple says that the new anti-reflective coating on the glass is reducing reflections by 56%. Of course, it runs on the A8X processor. For those of you who don’t know, this is a new version of the chip found in the iPhone 6 and the 6 Plus.

We’re talking about a second-generation 64-bit architecture, 3 billion transistors which results in a 40% faster CPU and a 2.5 times faster GPU. It comes with a 10 hour battery life and it also comes with the M8 coprocesor which tracks motion, elevation and other things.

The new iSight camera is 8MP, has 1.12 micron pixels, f2.4, and does 1080p HD video, as well. And I was saying in the beginning, it comes with Burst mode, Timelapse and Slo-Mo, as well. There’s a new FaceTime HD camera, an all-new sensor, a larger f.2.2 aperture which results in 81% more light. So, by the looks of it, you can now actually take nice pictures with your iPad and … not look stupid anymore?

The newest iPad also features that latest 802.11AC with MIMO standard which means faster Wi-Fi. If I recall correctly, it’s present on the Nexus 9, as well, which was announced yesterday, to make sure it’s ready for the iPad announcement. More bands for LTE are being deployed, as well, which means it should be faster with their help.

The Touch ID fingerprint sensor will work just like on the iPhone and you will be able to use it in online purchases and not at retail stores. Pricing is the same as we know it – starting at $499 for the WiFi only models and $100 extra 64 GB and $699 for 128GB version:

As for the WiFi+Cellular versions, prices are:

Have a look at the iPad Mini 3, as well, which is basically the same as last year’s model, just that it now comes with a gold color option and Touch ID fingerprint. Or, check out the discounted iPad Air from last year and the new prices for the older iPad mini versions.

In India, these are the prices of iPad Air 2:

As for the WiFi+Cellular versions, prices are:

Availability in India hasn’t been disclosed, but expected to arrive in the next few weeks.

Was this article helpful?
YesNo
TechPP is supported by our audience. We may earn affiliate commissions from buying links on this site.
Read Next
How to Quickly Convert Images on iPhone and iPad Using the Files App
#apple #ipad