When you think about Cyanogen, customization is the first thing that comes to mind. To make sure that Android users get exactly this message about the open source operating system, Steve Kondik and Cyanogen Inc. have come up with the new Themes application. The new Themes app will allow users to actually customize their devices as they like. 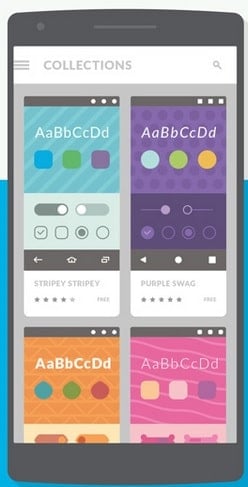 Users will be able to personalize just about every aspect of the operating system, such as the font, the boot animation and much more. However, at the moment this seems to be a preview of what the app will be, since it isn’t yet available on the Play Store. Cyanogen is actually holding a contest where it invites content creators from around the world to submit themes to Themes Studio.

The Themes Design Challenge is inviting artists and content creators to submit original theme packs for the Cyanogen operating system. Cyanogen informs that participants can enter designs that customize nearly all components of the mobile user interface, including wallpapers, icons, fonts, boot animations, and controls. However, an official release date hasn’t been provided yet.

Most of the themes are likely to be free, but there is a big chance that paid options will be present, as well. All in all, this news makes getting a OnePlus One smartphone even more exciting. This month, the CyanogenMod team also announced that they will enable CM12 nightlies by the end of November 2014, or in early December 2014.

TechPP is supported by our audience. We may earn affiliate commissions from buying links on this site.
#Cyanogen