Microsoft’s Surface Pro 3 tablet-laptop device is a real powerhouse, but its price scares many consumers away. Perhaps this is the reason behind LG’s decision to develop a new hybrid device, according to a recent report from Cnet. Citing LG insiders, the publication says that LG’s upcoming hybrid will be similar to Microsoft’s Surface Pro 3, and will function as a laptop with the keyboard attached and as a tablet without it. 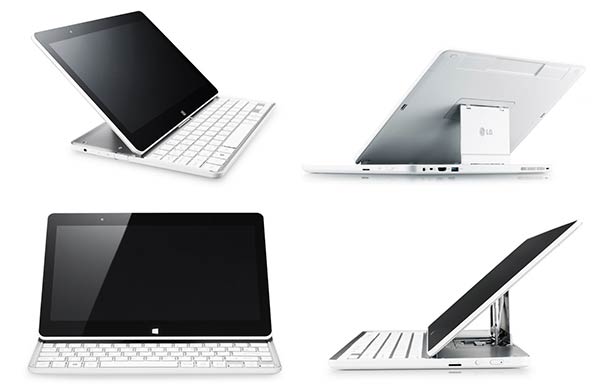 LG’s tablet-laptop is said to be powered by Intel’s fourth-generation core processor and will feature a Solid State Drive for increased portability and improved battery life. LG could also be working on a touchpad system for the keyboard, similar to the one on the Surface Pro 3.

Back in February 2013, LG launched the Windows 8.1-powered Tab-Book, an 11.6-inch hybrid PC that you can see in the above picture. In July, this year, LG has launched the new generation of the Tab-Book, but has decided to swap the Windows 8.1 operating system for Android 4.2. But it seems that LG is not satisfied with the sales of its current tablet range, as an LG Electronics spokesperson said the following:

“Sales records of the Tab-Book were so-so”

However, we don’t have more details about this at the moment. LG could choose to stick with Android or it could bet on the upcoming release of Windows 10, which could help increase the popularity of Windows-based touch devices. We’ll be keeping our ears out for new infromation and will update as we hear more.

TechPP is supported by our audience. We may earn affiliate commissions from buying links on this site.
Read Next
LG TONE Free FP9 Review: Earbuds that Stay Clean and Sound Clean
#hybrid #LG #Surface Pro