Huawei has stepped out of the spotlight for the past few months, but it’s now looking to get back into the action. At a special event in Beijing, the company has announced the Huawei Honor 6 Plus (cough, cough), which is the new flagship device of the company and the upgraded version, if we can say so, of the previously announced Huawei Honor 6. 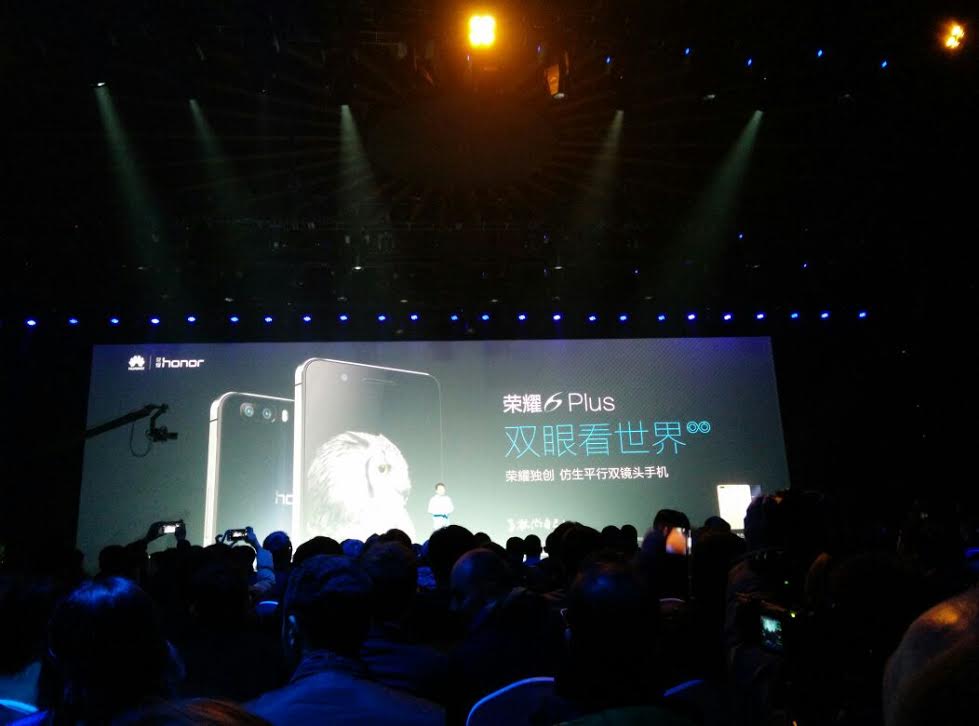 The smartphone gets launched under the slogan,”Not Just Bigger“, which is an obvious take on the iPhone 6 Plus. Just as it has been leaked, the smartphone features specs and features that we have been expecting:

The smartphone has a compact body with metal frame on the sides, is 7.5mm thin and weighs 165 grams. The device is said to feature the world’s first LTE Cat6 Octa core SoC chipset, which, in other words, means that it should feature blazing fast LTE speeds.

Huawei actually declared that Honor 6 Plus would be the last and ultimate model in the smartphone industry in 2014, so there’ are big expectations from this device. As a matter of fact, here’s a crazy fact – during the unveil event, Huawei played a video of a guy shooting the phone and the bullet bounced back. So yeah, it comes with a bulletproof back panel, which makes it perfectly suitable for soldiers.

Another standout feature of the Honor 6 Plus is what they call a bionic camera. Huawei says its perfromance could be compared with SLR cameras, especially in extra aperture (F0.95 -f16) HDR and night shots.

Disclosure: The editor of the blog was flown in to Beijing to cover the launch by Huawei.

Was this article helpful?
YesNo
TechPP is supported by our audience. We may earn affiliate commissions from buying links on this site.
Read Next
NothingOS Made Me Realise How Much Overrated Pixel UI Is
#android #Huawei