Micromax Yureka with CyanogenMod Announced for Rs.8,999, Will be Amazon Exclusive

The much awaited smartphone from YU is here. Named Yureka, this is the first ever smartphone from Micromax’s new subsidiary which is aimed towards youth and sold solely online. Micromax has priced Yureka at Rs.8,999 (~$147) and will sell the phone exclusively on Amazon.in. The phone comes with a 5.5-inch HD (720p) IPS display, and powered by an Octa-Core 64-bit Qualcomm Snapdragon 615 (4×1.7GHz + 4×1.0GHz) processor. It runs on CyanogenMod OS 11 based on Android 4.4 (KitKat) with OTA updates every month. 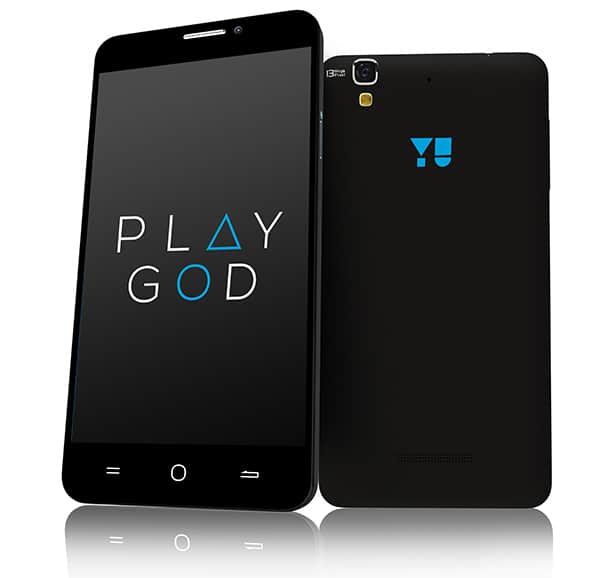 Cyanogen and Micromax Yu have been in news for all the wrong reasons in recent times, surrounding their exclusive deal to provide CyanogenMod based ROM updates in India. OnePlus, which was the first ever company to officially carry CyanogenMod on their One smartphone was forced to suspend sales after Micromax filed an injunction case at Delhi High Court earlier this week. But unlike OnePlus One, Yureka is more of an affordable mid-range device competing with the likes of Xiaomi Redmi Note and Asus Zenfone 5.

Yureka comes with 2GB of RAM, 16GB of internal storage and packs a micro-SD expansion slot along with 2500mAh battery.What’s interesting is that the Micromax Yureka will be the first smartphone from Micromax to support Cat 4 LTE which includes support for 4G LTE bands in India.

Xiaomi had announced the Redmi Note 4G few weeks back for Rs.9,999, but is yet to sell the 4G version in India. Micromax Yureka looks better specced than the Redmi Note 4G and is also cheaper by Rs.1,000. Micromax has had issues with its software offering and always struggled to provide frequent updates to its consumers. That will now be addressed with Cyanogen taking up the burden of providing weekly updates.

Currently, Yureka will be sold in single color which is Moonstone Black and will be available exclusively on Amazon.in. ‘Registrations’ will begin on December 19th at 2PM, with the actual sale scheduled for second week of January 2015. Micromax is clearly following Xiaomi’s footsteps in its new endeavor under the YU brand. The phone will come with an unlocked bootloader and warranty won’t be voided even if the user decides to root the phone. Micromax promises to release the kernel source code as well, but hasn’t provided exact timeline for that. In order to improve the after-sales service, Micromax will be providing doorstep pickup and replacement for its users.

Apparently, the Micromax Yureka is nothing but the rebranded version of the Chinese Coolpad F2 4G. Although we do not have an official confirmation on this, it’s very possible that the claims are true. It’s not the first time Micromax has sourced a smartphone from an ODM like Coolpad and definitely won’t be the last. But we do hope that the Indian company invests more on its own R&D, rather than taking an easy route.