Samsung is expected to launch the unique Galaxy Note Edge in India early next year for a whopping price of Rs.68,500 (~$1080). As per this report from Economic Times, the Korean giant will launch the curved screen beauty in India in January 2015. 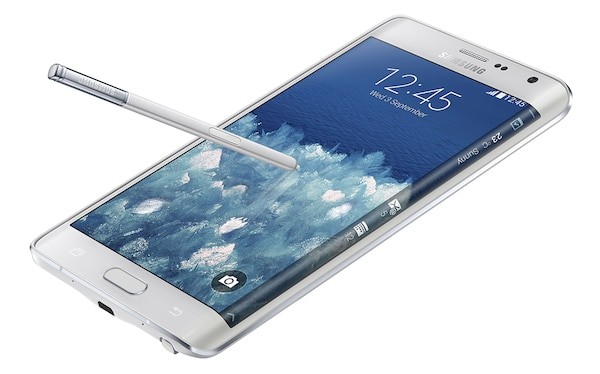 The limited edition Galaxy Note Edge sports a 5.6-inch super Amoled screen which is curved on the right edge, making it an unique one-of-a-kind device. The smartphone is expected to be retailed at a best buy price of Rs.64,900 as per the same report. Asim Warsi, vice president for mobile and IT at Samsung India was quoted as saying:

India’s always performed amongst the best in the world when it comes to flagship sales, and has one of the best Note attachments, therefore it is important that every evolution of Note comes early on in India

The LTE device will run on the Qualcomm Snapdragon 805 processor, and carries a 3,000mAh battery, 16MP camera and 32GB internal memory, expandable to 128GB. Much like the Galaxy Note 4, it comes with the S-Pen. In addition, the unique curved screen performs multiple functions such as providing another screen on which users can see notification displays, incoming calls, time, weather and stock tickers, among other tools.

At Rs.65k, the Galaxy Note Edge will be treading the Apple iPhone 6 Plus line, but Samsung believes it’s worth the premium pricing by being the only device to sport such a unique display.

Was this article helpful?
YesNo
TechPP is supported by our audience. We may earn affiliate commissions from buying links on this site.
Read Next
Samsung Galaxy Unpacked 2023: Galaxy S23 Ultra with 200MP, Galaxy Book 3 with...
#Galaxy Note Edge #india #samsung