And we have YU. Pardon us, but the pun was just too hard to resist. Abandoning the word play, we have in our semi-frozen hands (it is two degrees in Delhi. Brrr…) the first fruit of the Micromax-Cyanogen union in India and of the YU brand that represents it, the Yureka. It was unveiled on December 18, and will go on sale on January 13, exclusively on Amazon India. Registrations for it closed a couple of days ago, amidst claims of their being “overwhelming.” 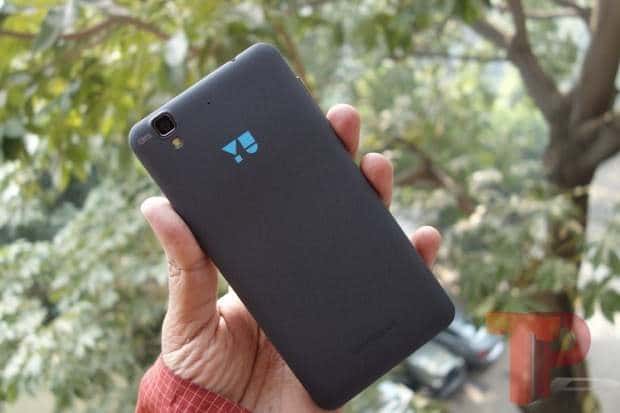 Now, a lot has been said (some of it by us too) about the Cyanogen-Micromax(YU)-OnePlus brouhaha, so we will steer clear of that for the time being and just stress that the YU brand in India is the official torchbearer of Cyanogen, and the Yureka is its first phone. And well, it has been released at what we think is a crackerjack of a price – Rs 8,999 for a phone with a 5.5 inch display, powered by an octa-core 64-bit Qualcomm Snapdragon 615 processor, 2 GB RAM, 16 GB storage (expandable), 4G LTE, dual SIM connectivity, a 13.0-megapixel rear camera and 5.0-megapixel front one, and ah, CyanogenMod 11, which is based on Android 4.4 KitKat. It is a phone that YU (and Micromax) founder Rahul Sharma declared at the launch would be good enough for two years. “After that, do buy a new phone,” he had added, to laughter from a delighted crowd.

Well, we have the Yureka and while a detailed review is being worked on even as you read this, here are our first thoughts. The device comes in a brown flat pizza-style box (rather than the shoebox packaging that some brands prefer) with the Yu branding and the review unit we received came with a charger, headset, data cable and battery, all packed together neatly. Some people have noticed a similarity in the packaging with Xiaomi which also uses brown colored flat boxes, but that’s not necessarily a bad thing, as we like our packages stark and with minimal messaging on the front.

The phone itself is an all plastic and glass affair – no metal accents as in the OnePlus One. At 154.8 in length and 78 mm in width, it is slightly longer and wider than the One Plus One (OPO henceforth) and at 8.8 mm, only slightly thinner. The bezels seem slightly larger than on the OPO, although unlike that device, the Yureka sticks to straight lines and no gently curving out upper and lower sides, even though its edges too curve gently. At around 155 grammes, it is also marginally lighter than the OPO, although that device’s defenders will point to the metal accent in it.

All said and done, the Yureka is a large-ish device (it is more than half a foot long) and you are going to be needing both hands to operate it more often than not. But it feels reassuringly solid and well-crafted – no sloppiness here. The feel of the phone is not cheap, as many had feared. The back is smooth and not glossy and will not pick up scratches and smudges easily.

The front is all about the 5.5-inch display (Corning Gorilla Glass 3) which has a resolution of 720p, which some might complain about when you consider the full HD display on the OPO, but then factor in the price, which is less than half of the OPO and suddenly it does not seem too bad after all. We have seen the Xiaomi Redmi Note carry off a 5.5-inch 720p display very well and from what we have seen so far, so does the Yureka. Bang below the display is a spherical soft home button, and when you switch on the display, you will notice that it is flanked by a theme settings button (which doubles as a multi-tasking button on a long press) and a back button. When switched off, the front is jet black with only the spherical home button visible – shades of the early iPhones, we know, but again, we mind it not a bit.

The back has the 13.0-megapixel camera with an LED flash below it, with the YU logo on the upper part. Honestly, we think the YU logo could have been better handled (Micromax handled the logo on its Android One device magnificently, remember?) – the blue logo on a grayish black (the official name is Moonstone Grey) does not exactly stand out. We wonder if using the grey/black and red version of the logo that is on the box might have been a better idea, although some will say that the darker shade would not have been as clear. There is a speaker grille on the lower part of the back. The sides are relatively sparse, with one feature on each – the right has the power/display key, the top 3.5 mm audio jack, the left the volume rocker and the base the microUSB port.

You can remove the back cover to reveal the battery, the two SIM slots and microSD card slot – you can insert one SIM without removing the battery, but you will need to remove the battery to insert both SIMs (micro SIM cards for both slots) and the memory card. The battery itself is a 2500 mAh affair, which some feel is a bit on the lower side for a device with such a large display (the OPO had a 3100 mAh one, but then that was a full HD device too) – we will find out in the coming days. 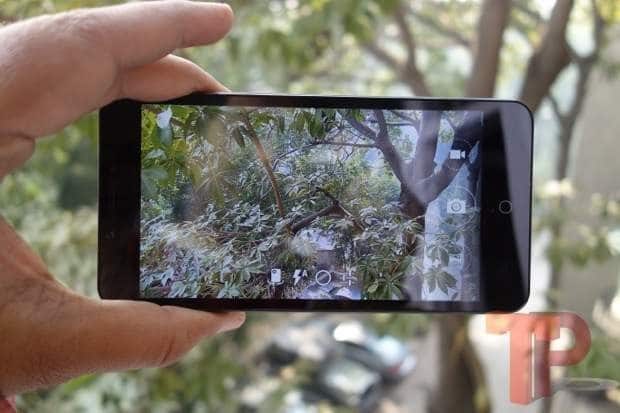 On starting the phone, you will be asked to create a Cyanogen account or log in to your existing one. The interface is Cyanogen but the one addition that jumps out at you is an app called YUniverse, which is actually a browser for the YU device made by Opera – it is very similar to Opera for Android at first look and we will let you know about any other tweaks that we notice. Another addition that Indian users might like is the presence of FM Radio (you need to plug in the headset to make it work).

In sum, our first impressions of the Yureka are positive. We found none of the sloppiness that a lot of Micromax critics had warned us about (honestly, as we keep saying, the company deserves a bit more credit). The Yureka is a smart enough phone, well-finished and with a good, solid feel to it. No, it is not going to stand out in a crowd, but then it is not supposed to be a looker and is supposed to appeal more to the geek crowd, which we think might like its minimalistic, clean design. In fact, it is definitely one of the better looking phones at its price of Rs 8,999. What will really determine the Yureka’s fate is how well it performs and runs Cyanogen. On which we will be writing in the coming days. As of now, all we can say to you (and YU) is: YU is/are on the right track as far as looks and design go.

Yes, we HAD to sign off with a pun. Stay tuned for a detailed review.

Was this article helpful?
YesNo
TechPP is supported by our audience. We may earn affiliate commissions from buying links on this site.
Read Next
[First cut] Narzo 30A: Needed to be more basic than brave?
#Cyanogen #hands on #micromax #YU #Yureka