The Facebook Chat Head feature allows users to quickly read and reply to messages while they are using other apps. So, when enabled, whenever you had received a message, a chat head with your friend’s picture will pop up, allowing you to view and reply to the message without leaving the screen you’re on. The feature is still available for Android users, but iPhone owners are no longer able to use it, unfortunately. 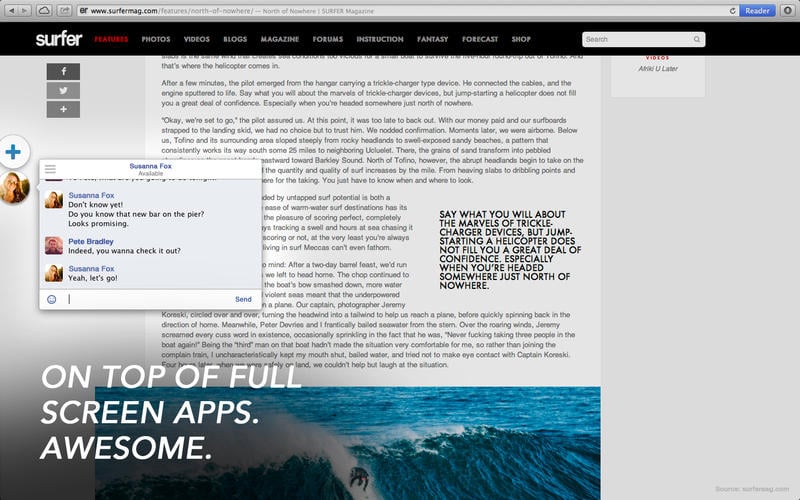 If you enjoyed the feature and would like to have it on your Mac, then the good news is that there’s now a free app for you to use. Simply called Chat Heads, the app is available as a free download in the Mac App Store, bringing the same Facebook Chat Heads functionality to your OS X device.

The app connects to your Facebook account and puts the same avatar circles on your desktop, allowing you to start new conversations, continue previous ones, and use Facebook’s main chat feature. Albeit the app is available for free, it does com with in-app purchases that allow users to unlock new themes, a menu bar icon, new message alerts and new smileys, as well.

Chat Heads comes in a size of 9.4 MB and is available in the following languages – English, French, German, Italian, Spanish, being developed by Raffael Hannemann.

Was this article helpful?
YesNo
TechPP is supported by our audience. We may earn affiliate commissions from buying links on this site.
Read Next
How to See Liked Posts On Facebook [2022]
#facebook #MAC