Apple and Ericsson have been at loggerheads for a while regarding over 40 patents including 2G, 3G and 4G LTE standards. Apparently, the talks have fallen through and the Swedish networking giant looks all set to sue Apple over the same. 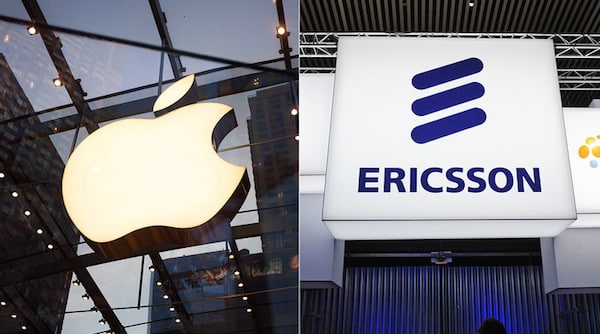 Ericsson has said Apple had declined a licensing deal and refused an offer to have a court determine fair licensing terms by which both companies would be bound. According to WSJ, Apple and Ericsson had a patent deal dated back to 2008 which expired in January this year. Since then, the two companies have failed to come to an agreement regarding the licensing amount.

Apple claims that Ericsson is demanding excessive royalties for patents not essential to LTE standards. However Ericsson counters that argument by saying

Features that consumers now take for granted – like being able to livestream television shows or access their favorite apps from their phone – rely on the technology we have developed.

Just recently, Ericsson had sued several Android OEMs including Micromax, Lava and Xiaomi in India, and even managed to partially block the sales of some of the Xiaomi handsets in the country. Ericsson is the world’s largest provider of mobile network equipment and holds over 35,000 patents related to 2G, 3G and 4G wireless technologies. It’ll be interesting to see how Apple reacts to the lawsuit.

How to Convert WebP Images to JPG on Mac
Read Next
Source: TNW

Huawei Patents a Camera Ring with Display to Perform…
Mini size, Mini sales: Why the iPhone 12 Mini "Failed"
Mini size, mini sales - iPhone 12 mini off to a slow start?
[Stat Stories] Q3 2019 Indian Smartphone Market: Sales and…
Samsung makes a comeback in India, as smartphone sales…
What is DNS over HTTPS and how to enable it on all browsers?