Consumers are no longer interested just in the usual incremental upgrade of specs, as the design and other special feature are starting to matter more and more. And Lenovo is looking to bank on that with its new creative products. The Vibe Shot is one of them and it gets launched with a simple, but really handsome design – it’s a mix between the classic looks of a smartphone with a point-and-shoot camera. 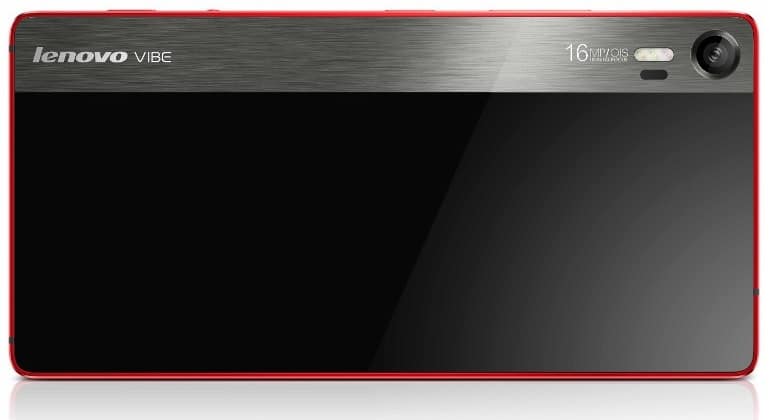 What you’re seeing above is the back of the smartphone, and we can recognize the familiar metalish tent and the color contrast used by the company. Actually, it is so simply that it makes you think why it took a company so long to come up with something like this. What makes the device impressive, besides the stylish looks, is the fact that there’s almost no bulk on the back, even if it embeds such a capable camera sensor.

The smartphone also has a physical camera button that includes 2-stage shutter release which activates the autofocus feature when it’s pressed halfway. A physical slider is present as well, to allow users to change between smart mode and pro mode. So, if you are looking for a smartphone with dedicated buttons for camera features, then this is definitely a worthy contender.

When you are switching between modes, the camera app user interface changes completely. Thus, on smart mode it’s mainly automatic and on pro mode it lets you change the ISO level, white balance, exposure, and much more. The 16-megapixel camera also optical image stabilization (OIS) and a tricolor flash. Selfie lovers will also get a 8-megapixel camera wihich sounds promising. But the rest of the specs are pretty alright, as well:

Lenovo is said to launch the Vibe Shot in June priced at $349, but we don’t know exact details regarding its availability in the US. The smartphone will come in white, grey and red models. Lenovo has also launched a budget A7000 smartphone with a 5.5-inch display and Dolby Atmos technology, being priced at just $169. It also gets aa MediaTek processor, 2GB of RAM, and 8GB of storage.

Was this article helpful?
YesNo
TechPP is supported by our audience. We may earn affiliate commissions from buying links on this site.
Read Next
Lenovo Legion 5i Pro Review: Legion Or Legend?
#lenovo #mwc 2015