For most people, last week’s Xiaomi event in Delhi was about the launch of the company’s Redmi 2 phone in India, and the rather announcement of the Mi Pad, which caught a lot of spectators by surprise.

Well, it was that. But it was also about something else. Indeed, for us, the most interesting point of the event came in the question and answer session that followed Hugo Barra’s presentation. When asked how the Redmi 2 stood in comparison to the Lenovo A6000, which had a somewhat similar spec sheet, the Xiaomi Vice-President surprised us when he actually took a pot shot at the A6000, criticising its absence of a laminated display and its interface.

It lasted barely a minute, but for us, it was pretty much the moment of the event. For in that one minute, Hugo Barra cast off his velvet gloves and threw an iron fist. It was not just a poke at a competitor, but in some ways a public declaration of what we think is going to be a rivalry that is going to have a massive impact on the phone market in the coming months. 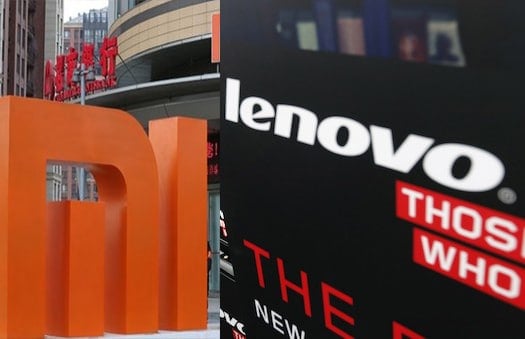 Yes, some might say it does not quite have the ring that an “Apple vs Samsung” or “Apple vs Google” has about it but take it from us, the face-off between the two Chinese giants is going to be every bit as intense as the tussles between those worthies.

The seeds of the battle were perhaps sown last year, when Lenovo launched two devices, the Vibe X2 and Vibe Z2 Pro, that seemed to follow Xiaomi’s “great hardware at low prices and available only online” strategy. Not much was made of it at the time, and honestly neither company seemed to acknowledge the presence prominently – the spec sheet comparisons shown at launches still mainly referred to HTC, LG, Samsung and lurking in the background was the most subtle target of all – that fruity named company in Cupertino.

The first indication that these two companies were actually looking at each other came towards the end of the year when sources at Lenovo talked to us about a device that they said would be better than the amazingly popular Redmi 1S from Xiaomi. The Redmi 1S had been in the market for a while now (in fact, it was very difficult to find), and we had already started hearing speculation about its successor, but there was no mistaking Lenovo’s intent – it had Xiaomi’s budget baby in its sights.

The device being talked about, of course, was the Lenovo A6000 and at its launch, the Redmi 1S was among the devices to which comparisons were drawn, not just by Lenovo but more importantly, the media. And so well did the A6000 do that many felt that it forced Xiaomi’s hand when it came to the release of Redmi 2 in India. One of our sources in the market told us that Xiaomi had needed to move fast as Lenovo was lapping up the online budget phone market with the A6000, which attained almost Xiaomi like status in selling out in less than the time it takes Usain Bolt to run a hundred metres. Some even felt that the company had made a subtle two pronged move at Xiaomi’s territory – the new Moto E was revealed in India around the same time and at the same price as the A6000 and the Redmi 2. And Motorola is a Lenovo company now!

And within a day or two of the launch of the Redmi 2, Lenovo was again dropping hints of another device that might cost a bit more but would take on another Xiaomi device, the Redmi Note 4G – the Lenovo A7000. Xiaomi loyalists poked fun at the Lenovo Vibe UI, Lenovo supporters talked of sleeker design and speakers. Oh yes, there is a smell of battle in the air. And it might intensify if the rumors of Lenovo releasing a device aimed squarely at the Mi 4 are true. “Xiaomi talks about how good its cameras are. Are you telling me it’s a coincidence that Lenovo’s next high-profile device is marketed as a camera,” a colleague of mine told me with a laugh, referring to the Vibe Shot. And we are wagering that there will not be too much time between the launch of the smart bands of both companies in the Indian market.

Indeed, the question that has been asked most often of us by consumers over the past week has been, “Should I purchase a A6000 or a Redmi 2? Or is the Moto E a better option? After all, Motorola is a…brand.”

Last year, it had been all about Xiaomi vs everyone else. Today, the competition has moved its act up a gear. But of all those competitors, none seems to be moving as fast as Lenovo – the other players (like HTC and Samsung) still seem to prefer focussing on high-end offerings. Mind you, Xiaomi is no sitting duck and has its own ranks of loyal followers. And as Barra showed at the Redmi 2 launch, he can throw a mean verbal punch too.

It certainly promises to be a fascinating contest. Both companies are gunning for the value for money consumer who is not considering spending a bomb on the next Android or Apple flagship. And while both are using the same medium (the Internet) to grab attention, both are using markedly different approaches. Xiaomi is being very Apple-like and talking of the overall experience and highlighting design nuances, while Lenovo seems to have taken a leaf out of the Nokia-at-its-best book and is pushing solidity in specs and performance. Xiaomi definitely seems to have the Force with it online, but Lenovo’s strong offline presence in notebooks has a huge rub off effect on its online-only offerings. Xiaomi’s events have all the formality of a fireside chat with friends and involves Macs, Lenovo is all efficiency and ThinkPads. And each is fiercely protective of what it sees as its territory, and so far, seems to have the resources to defend it.

Oh yes, it is a battle all right.

And the best best thing about it is that unlike some in the past, it will not be fought in the courts. But in the best battlefield of them all.

And the weapons won’t be legalese and fleets of lawyers.

But products and prices.

And the spectators will not be the media looking for headlines and quotes.

And they will be entertained – hey, everyone loves great devices at low prices.

As Julius Caesar said that day when he plunged his horse into the Rubicon:

“Alea Jacta Est”
(The die has been cast)

Game on, ladies and gentlemen.

May the best brand win.