The Smart Lock feature in Android lets you use various features to set up your device for automatic unlock. Thus, you can set Smart Lock to keep your device unlocked in a couple of situations – when you have a trusted Bluetooth device connected, when you’re in a trusted location, when our device recognizes your face and when you’re carrying your device with you. And now it seems that a new feature is going to be added – voice unlock. 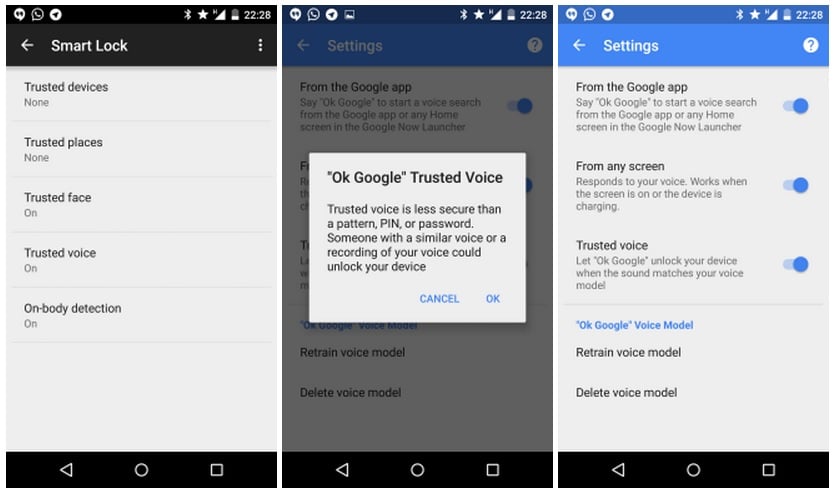 The information comes from a reader of AndroidPolice which has provided the above leaked screenshots. As we can see, the new Trusted Voice feature will be found in the Smart Lock settings menu and will allow users to access their device when it recognizes them saying “OK Google.”

However, you need to know that this feature is less secure than a pattern, PIN, or password, as Google informs. As we can see, you will be able to retrain the voice model or delete it. The feature is rolling out to several Android users, but we’re still waiting for an official announcement from Google, which will mean that the company will release the new feature faster and to a broader audience.

What do you think about this new features? Personally, I have always resorted to the traditional PIN or password, as I didn’t have much trust with these ‘smart unlocking’ options. I wonder if the new voice unlock option will make me change my mind about this.